"It's one of my friends that notified me that my mum had been brutally murdered," says the victim's 15-year-old son.

"It's one of my friends that notified me that my mum had been brutally murdered," says the victim's 15-year-old son.

WAKISO - A 31-year-old woman who has been dealing in scrap has been found murdered in brutal fashion in a garden in Katabi Town Council.

It is the second such incident in a space of two weeks in the same area. Earlier this month, the body of a UPDF soldier's pregnant wife was discovered in a garden not far from her home in Abayita Ababiri.

In the latest incident, Faith Komugisha was found naked, believed to have been (gang-)raped before she was killed by an unknown person or people.

This is said to have happened in the early hours of Tuesday morning or late Monday night in Kitinda village.

Komugisha's son, who is 15 and in Primary Seven (P7), later said his mother left home at about 10pm Monday to and go and watch TV at a neighbour's place. It was the last time he saw her alive.

"It's one of my friends that notified me that my mum had been brutally murdered and was lying dead in a garden just near our home," said the distraught teenager.

According to the lad, different people had been looking for his mother and that only two weeks ago, two people he did not know stormed their home over scrap-related deals. 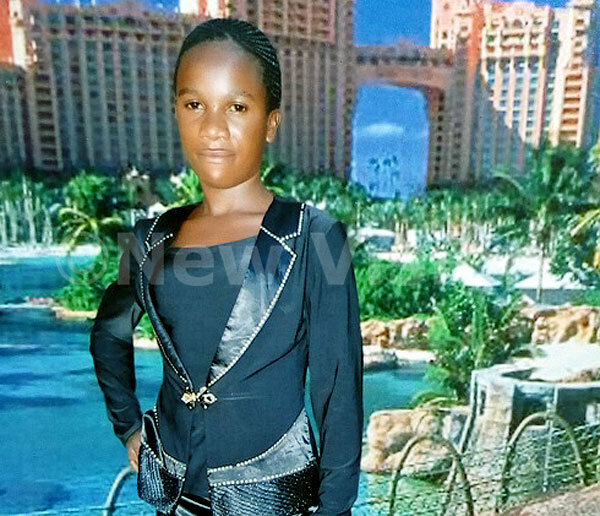 A photograb of a photo of the victim, Faith Komugisha. (Credit: Julius Luwemba)

Similar to the previous incident, Komugisha's body was found with sticks stuffed into her private parts, illustrating the torment she must have gone through in the lead up to the end of her life.

The Kitinda area LC1 chairperson Elizabeth Nalubega Kiruluuta revealed that she had previously warned the victim to stop engaging in the scrap business, after she was detained for one week at Entebbe Police Station over related engagements.

Kiruluuta also said that Komugisha had fled from the village after her fellow scrap dealers around Kitubuulu zone were arrested earlier this month. She had reportedly returned a couple of days ago.

She has been the sole provider of her four children after separating with her 42-year-old husband Godfrey Nsubuga, a fisherman, last year reportedly following a bitter fight.

Following her murder, area chairperson Kiruluuta warned women and girls to stop walking alone at night, saying that if they have to, they do so in the company of people they know "very well".

She said Kitinda village and the larger Kitubuulu zone is a hideout for Marijuana (cannabis) smokers.

Meanwhile Police in Entebbe are on the hunt for the criminals.

"We are investigating this horrific incident and have opened up a case file. We suspect either the killer is the same [as in the previous murder] or it is a network," said Zacharia Mbabazi, who is in charge of police criminal investigations in Entebbe.

The body of the victim was taken to Mulago Hospital in Kampala for a postmortem examination as investigations are under way.