Best Farmers 2016 at the training and induction session ahead of the Netherlands trip. Photos by Joshua Kato

Just days before they fly out of the country, the 2016 Best farmers have been asked to horn their business skills before they meet their counter-parts in the Netherlands.  The farmers are due to fly out this Saturday, June 17th using KLM Airlines.

The Best farmers' competition is sponsored by the embassy of the Netherlands which facilitates the hosting of the farmers in the Netherlands for seven days, DFCU bank which offers the sh150m prize money, KLM airlines which pays for the farmers tickets and Vision Group where the profiles of the farmers are profiled.  The farmers will be officially flagged off today, in a function where they are handed the national flag at DFCU offices. 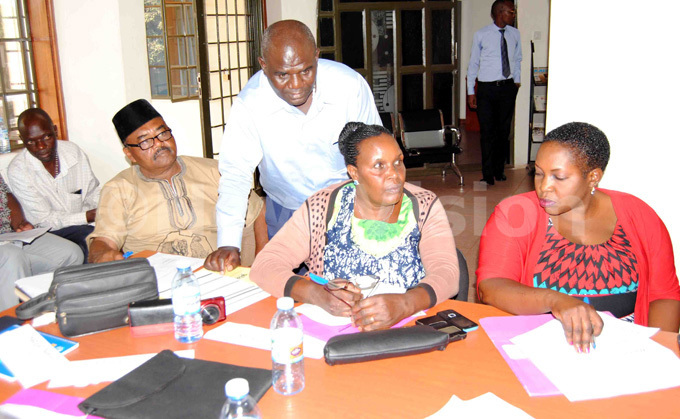 The training, conducted at the Africa Agribusiness Academy in Makerere was also facilitated by Strategic Advisory and Research Consulting Limited.  The three-day-training will end today. The farmers were oriented in making good business proposals, setting up proper business communication systems, identifying markets for produce and enhancing their personal and business brands.

"When talking about your businesses, make sure that you are precise and easily understandable," said Mathew Lubulwa, from Strategic Advisory and Research Consulting Limited.

The travelling farmers were taken through what to expect in the Netherlands, when they arrive on Sunday morning.  "The Dutch are naturally very friendly and welcoming people," Josephat Byaruhanga, an Agriculture Policy Officer at the embassy of the Netherlands said. They were asked to be equally courteous in their dealings with the Dutch. The farmers will spend a week in the Netherlands, returning on June 24th.