The separate ceremonies that took place at State House, Entebbe

The separate ceremonies that took place at State House, Entebbe

President Yoweri Museveni has received credentials from 5 new envoys that have been accredited to Uganda. 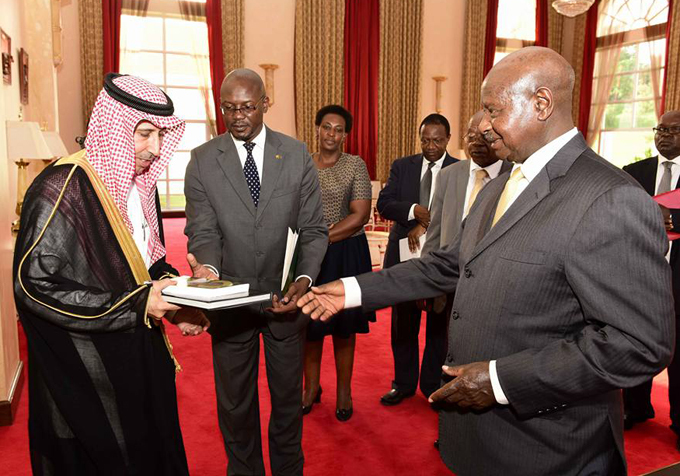 The separate ceremonies that took place at State House, Entebbe on Tuesday afternoon saw the Ambassadors of Iceland, Ethiopia, Tanzanian High Commissioner, the envoy of Saudi Arabia and the Canadian High Commissioner respectively, present their letters of credence to the President.

Welcoming the new Iceland Ambassador, Maria Erla Marelsdottir, to Uganda, President Museveni said that Uganda looks forward to tapping into the excellent skills of the people of Iceland in the geo-thermal usage and the fishing sector.

Ambassador Marelsdottir on her part commended the good bilateral relationship between Uganda and Iceland saying that it has seen Iceland pattern with Uganda in the areas of education, health and gender related programmes.

She revealed that her country looks forward to further share experience and work with Uganda in the areas of fishing and geo-thermal energy generation. 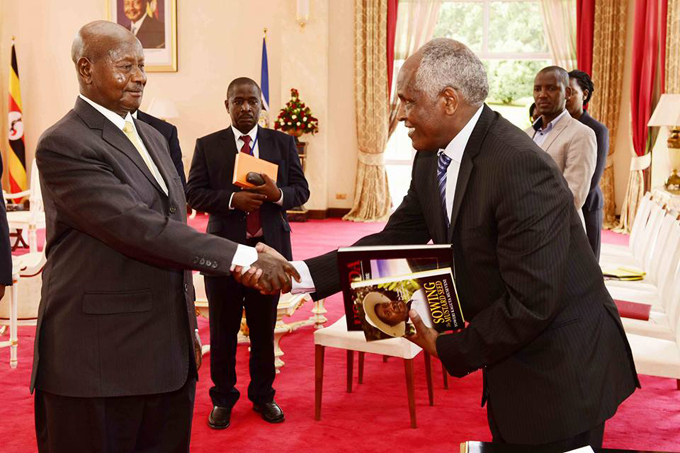 Museveni hailed the excellent relationship that exists between Uganda and Ethiopia as he received the credentials of the new Ethiopian Ambassador, Tolesa Shangi Moti. He noted that the historical bond of the people of the 2 countries cements that relationship. On behalf of the Government of Uganda, Museveni pledged to improve further that relationship.

Ambassador Moti commended Museveni for being an exemplary leader in the region adding that the Uganda Head of State has greatly contributed to regional security. The new Ambassador said that as a professional geologist he is happy to serve in Uganda, which, he noted, is one of the few countries that have made great strides in the development of oil and gas sector.

President Museveni hailed the excellent relationship that exists between Uganda and Ethiopia that he said is cemented by the historical relationship of the people of the two countries and pledged on behalf of his government to better it further. 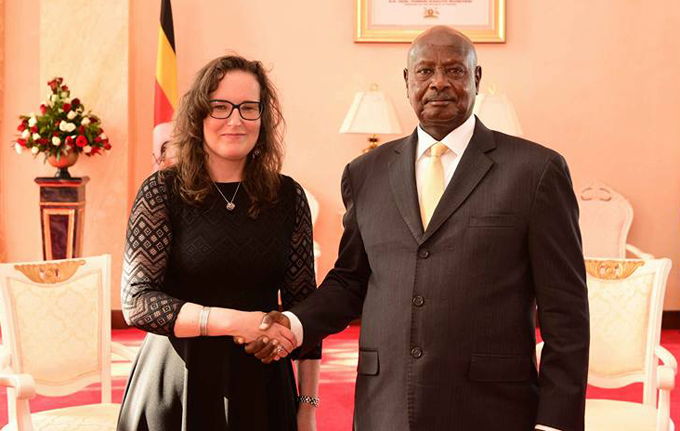 The President while receiving the credentials of Grace Aaron Mgovano the High Commissioner of the United Republic of Tanzania said that the two brotherly countries share a lot in common. He hailed the Tanzanian government for their commitment to the joint development programs the two countries are undertaking. He particularly hailed President Magufuli for his proactive approach to development projects.

Presenting his credential to the President Abdullah Bin Fahd Alkahtani the Ambassador of the Kingdom of Saudi Arabia expressed the gratitude of the Saudi King at the relationship between the two countries.

He further said that the Kingdom of Saudi Arabia appreciates the contribution of President Museveni and Uganda at fighting global terrorism and noted that the Saudi Arabia leadership was happy with the stand of the African Union in the fight against terrorism in the world and said that his country is ready to render them all the needed support in this fight to safeguard humanity against terrorists. 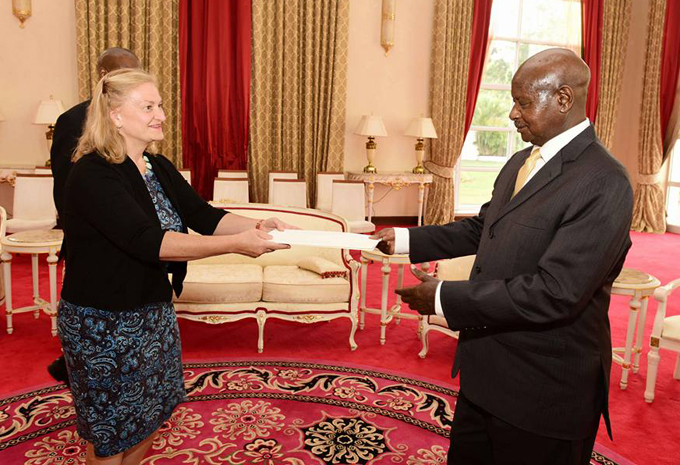 Museveni said that Uganda is a world tested ally in the fight against terrorism and said that his government will not abandon humanity in this fight. He commended the Kingdom of Saudi Arabia for the economic ties they have had with the Uganda for decades that has been mutually beneficial.

She equally expressed happiness at Uganda for her excellent policy on refugees that has made the country the host of the highest number of refugees in the world. She expressed the solidarity of the Canadian government in refugee protection.

Museveni told the Canadian envoy that the Uganda government was not bothered about hosting the refugees since most of them shared a lot with indigenous Ugandans, but said that resource constraint to cater for food, shelter, education, medical needs of the refugees posed a big challenge to Uganda.

He therefore appealed to the Canadian envoy to join hands with the Ugandan government and other world players to mobilize resources aimed at catering for the needs of the refugees worldwide.