I'm afraid my husband will beat me to death
Next Story

Just days into her new role, Zari Hassan, the former partner of the late Ivan Ssemwanga is trying to come to terms with the work overload. 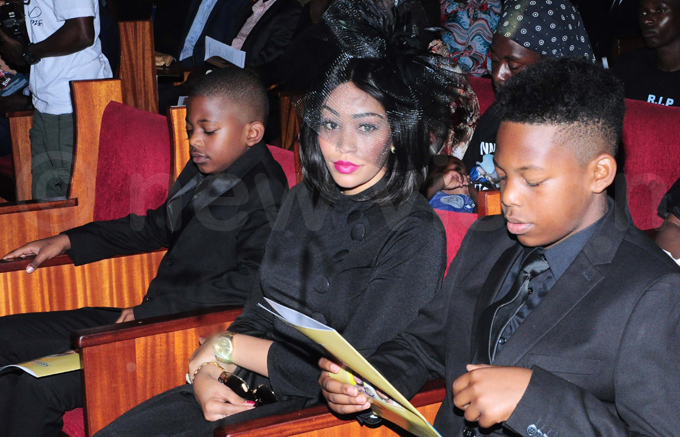 Zari wants to spend more time with her children. Photo by Musa Ssemwanga

This comes days after a committee selected and appointed her as the supervisor of Ssemwanga's schools in South Africa.

Zari and three of Ssemwanga's family members were last Saturday selected to spearhead the running of the deceased's assets.

Zari returned to South Africa on Sunday evening has said there's a lot more needed of her at the schools.

She cited the many people that come to her offices on a daily basis seeking financial help, jobs and consultation on different matters.

This has apparently affected both her time with the three sons she had with Ssemwanga and the two other children she has with Tanzanian singer Diamond Platinumz.

Apart from the Brooklyn College Schools, Zari is also responsible for the smooth running of other schools like Hartland Training College, Kings Bridge Colleges which are believed to have been sold off to him by one of his relatives and former ‘Rich Gang' comrade Lawrence Muyanja Kiyingi (King Lawrence).​

Deejays Slick Stuart and Roja to Light Up Mbarara

Deejays Slick Stuart and Roja to Light Up Mbarara