Having eliminated tournament favourites Barcelona, Juventus had a good number rooting for them

Having eliminated tournament favourites Barcelona, Juventus had a good number rooting for them

Who would win the UEFA Champions League between Real Madrid and Juventus, has been the biggest discussion amongst Ugandan fans since the two eliminated Atletico Madrid and Monaco in the semi-finals of the competition last month.

And with betting having taken root in the country many were eager to stake on either team before the finals on Saturday might.

Having eliminated tournament favourites Barcelona, Juventus had a good number rooting for them while many thought the Christiano Ronaldo factor would play a big role in Real Madrid's favour. 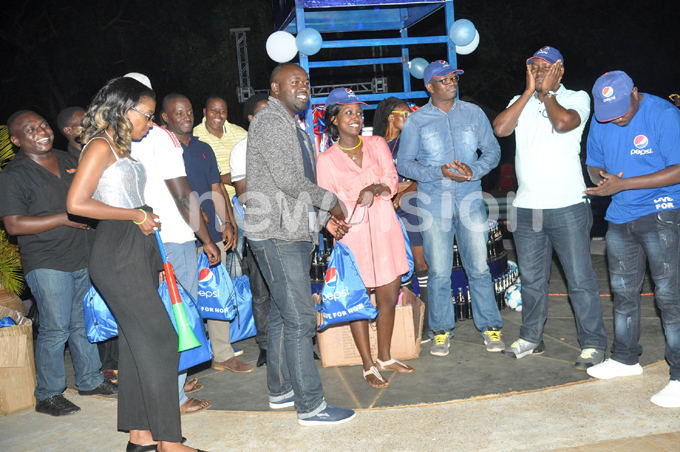 For many ardent Ugandan fans they couldn't mind having their Saturday supper interrupted until the 9.45pm kick off and the final was done.

In Kampala, Champions League sponsors Pepsi in conjunction with DStv brought the action closer by staging a memorable viewing experience for the fans and selected journalists at the Sheraton Hotel swimming pool.

The Cardiff atmosphere was replicated on giant screens but at the venue live Vuvuzelas filled the air as eager fans waited for the match. But that was before local artists entertained the revelers as they enjoyed barbeque food with Pepsi and other drinks in tow.

Then came in the prediction game before kick-off, for who would score first, half time scores and who would win the game for a chance to win Pepsi goodies.

In the end, it was a divided house with those who predicted that Real Madrid will score first and that they would eventually win walking away happiest with several hampers while those who rooted for Juventus walked away empty handed.

Francis Akol took his prediction a notch higher by predicting that Ronaldo would actually score in the finals and got extra rewards for his efforts.

Heineken the other Champions League sponsors offered the same experience to other city dwellers with an official viewing party at the Panamera bar.