Christians seek permission to sue pastor B...
Next Story

A Policeman standing next to Ivan Ssemwanga’s grave to guard it. Photo by Saul Wokulira

The Kayunga District Police Commander, Moses Bwire, has said Police deployment at the late Ivan Ssemwanga's grave in Kayunga is aimed at deterring any intruder from accessing the grave. 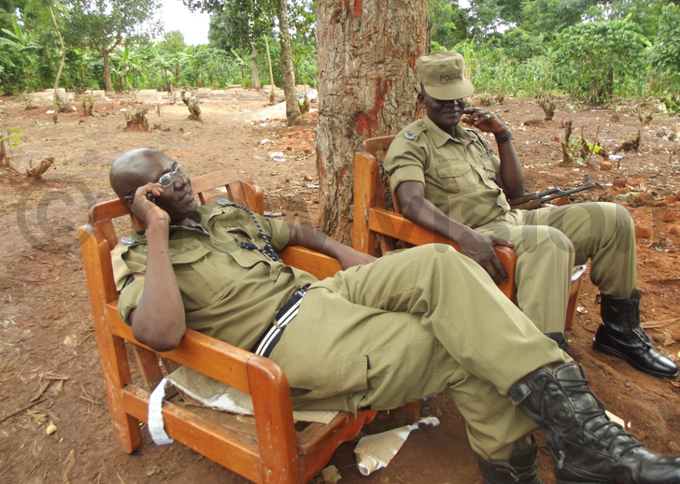 Some of the Policemen guarding the graveyard. Photo by Saul Wokulira

"Under the laws of Uganda, it's illegal for unauthorized persons to access the grave unless there is a court order," Bwire said.

He said that the family requested Police for protection for fear of a move by thugs to exhume the body and take the coffin and the money which was thrown in the grave by members of the ‘Rich Gang'.

"Police is guarding the grave in shifts. There is a group of four Policemen who guard the grave during day time and another group in charge of the night shift," Bwire added. 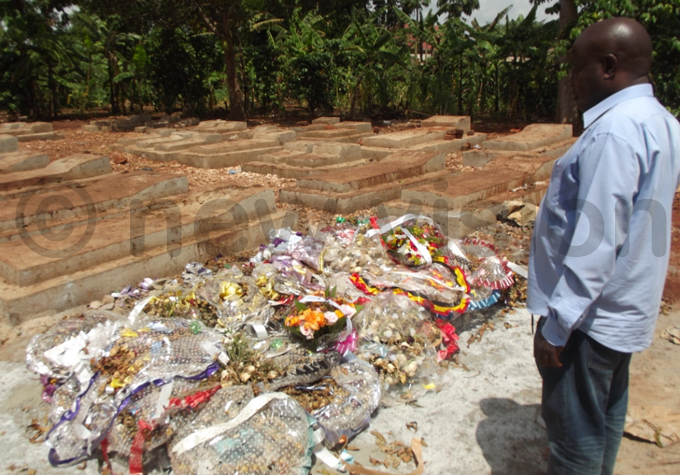 He said that Police expects to guard the grave for quite a long time but declined to specify the period.

According to family member, Samuel Muwanga who is the uncle to Ssemwanga, said Police was contracted to guard the grave until a strong wall is built around the grave which they expect to complete within a period of six months.