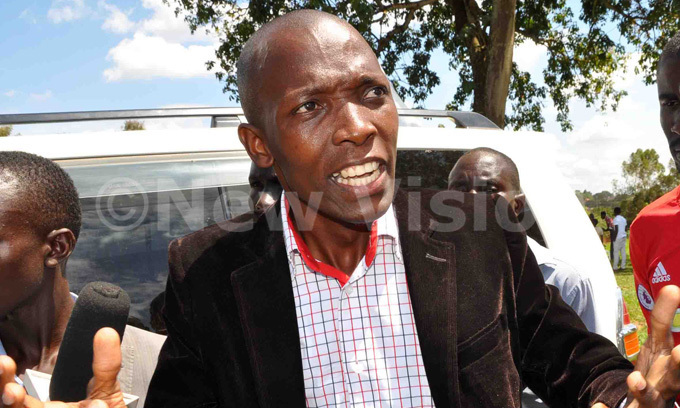 On Thursday, the returning officer of Wakiso Francis Nkulunziza and other electoral commissioners met all the six candidates at the constituency EC offices in Nangabo, and asked everyone to present their proposed campaign programme so that they could agree on changes to make to avoid clashes.

According to the released program, except all other candidates who are beginning their campaigns tomorrow (Friday), NRM's Sebalu begins on the third day (June 6) with an opening rally in Wampewo and the final rally will be held on June 27, in Kabubbu. 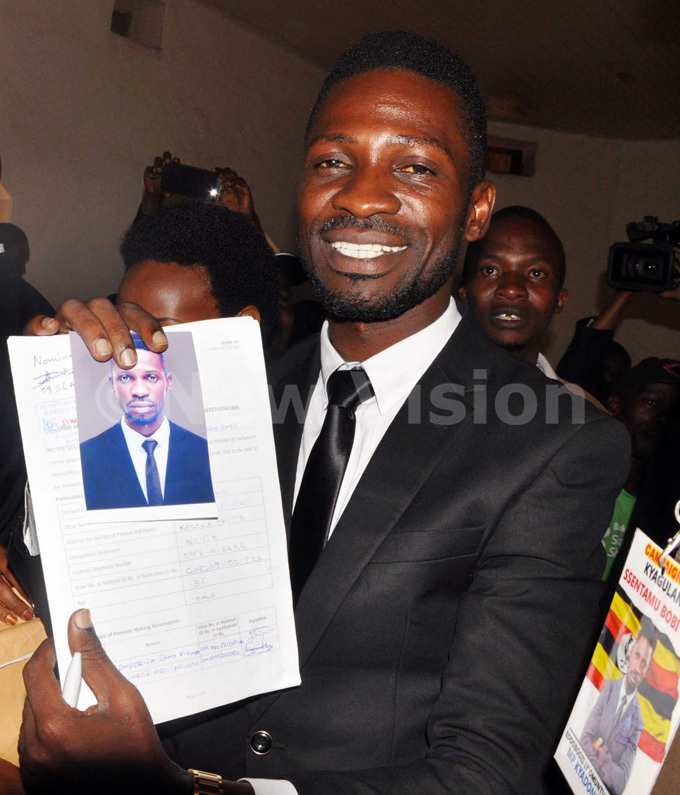 Robert Kyagulanyi Ssentamu aka Bobi Wine ( Independent)
"We have harmonized this joint program and each of them has consented to it, so we expect none of them to fail abiding by it. We urge them to control themselves, control their supporters and their agents wherever they will be," said Nkulunziza.

Nkulunziza added that "We have warned candidates against engaging in scuffles with rival groups because after all they are all brothers and sisters from the same country. Nevertheless police will be readily available to take action against anyone who breaks the law without fear of favour" 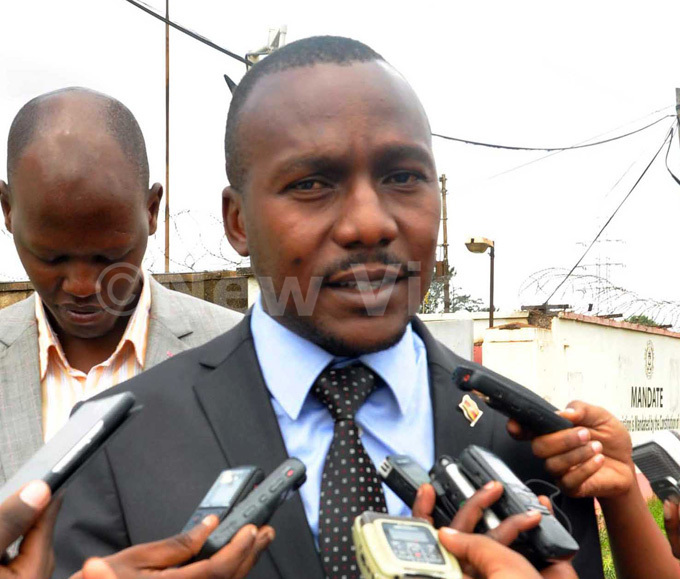 Two of the candidates' representatives Ssewaguma Asafu and Ziraba Micheal who represented Apollo Kantinti and Muwada Nkunyingi respectively, asked that in case the NRM chairperson president Museveni intends to campaign for his flag bearer, the electoral commission should prevail over his security not to block roads in the constituency to avoid sabotaging other candidates' rallies. 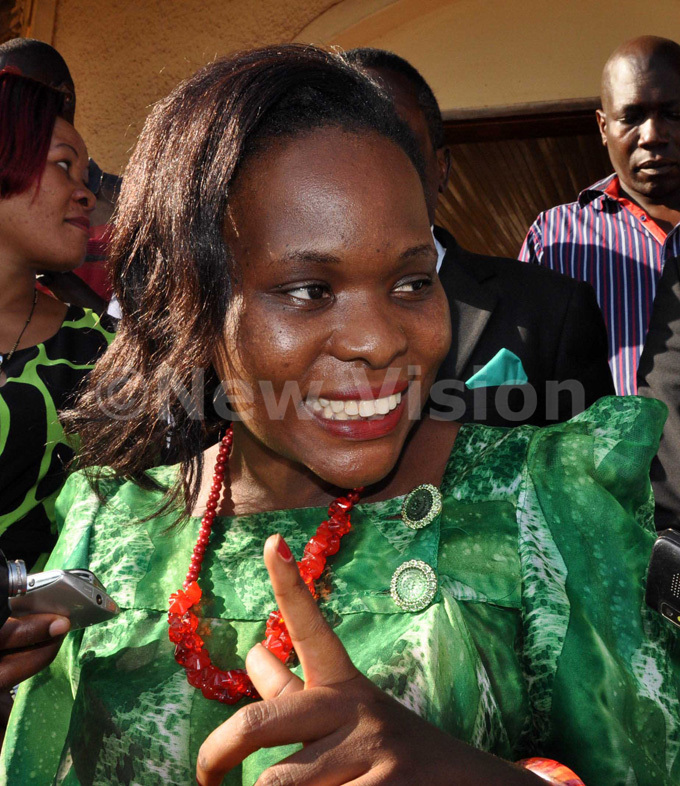 Nkulunziza clarified on this and said that just like other political party leaders, Museveni has a right to go and campaign for his candidate and as a president, his security detail has to be maintained but this time, the electoral commission will ensure that other candidates are able to peacefully hold their rallies in other places of the constituency.

Nicodemus Malimbolimbo who represented Bobi wine, asked the electoral commission to ask police to perform its tasks without bias so that all candidates benefit from its services. 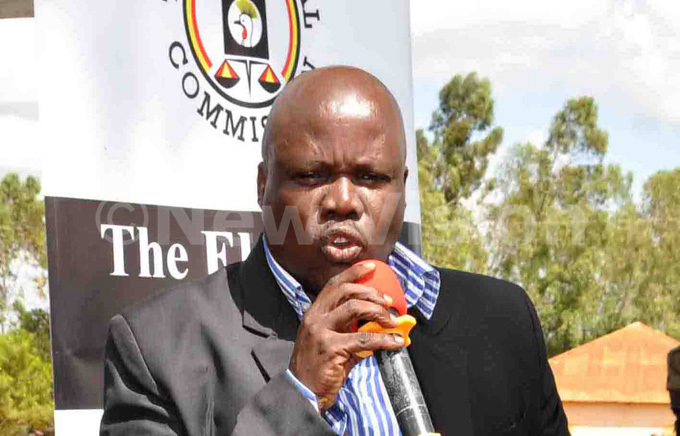 Sitenda Sebalu(NRM)
"We are all entitled to police services and we wish to urge them to follow election guidelines while doing their work to avoid clashing with us and our supporters."

On behalf of the NRM candidate Sitenda Sebalu, John Bwenje his campaign manager said that they are satisfied with the campaign program but Authorities have to be keen on groups of people that go on terming Kyadondo east "Opposition Benghazi" meaning the hub of opposition just because one of the opposition leaders stays there. 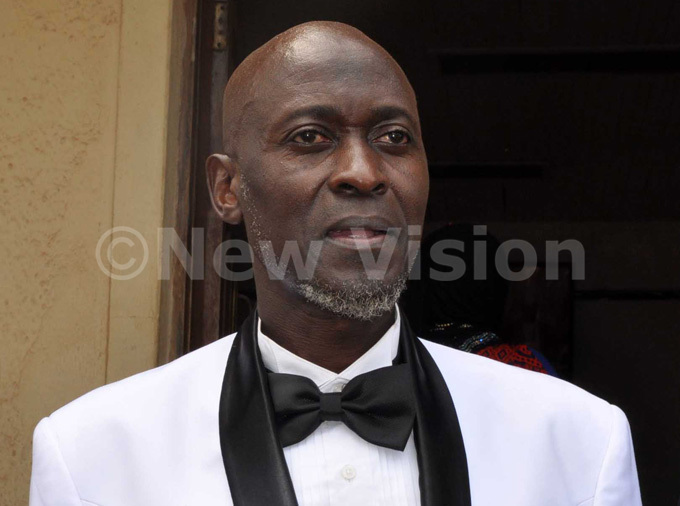 Dr Sowedi Kayongo Male (Independent )
Kyadondo east constituency has nine parishes where all the candidates will hold more than one rally in each of them. The parishes are Gayaza, Kiteezi, Nangabo, Wattuba, Katadde, Wampewo, Bulamu, Masooli and Kabubbu.