Burying Ssemwanga with cash: 'You must answer'

"Now they are bringing more grave and more grief to the family of Ssemwanga."

"Now they are bringing more grave and more grief to the family of Ssemwanga."

KAMPALA - Human Rights Defenders Association Uganda are seeking the opinion of the Attorney General on the legality of burying fallen businessman Ivan Semwanga with cash.

On Tuesday, during his burial in Kayunga, members of the so-called Rich Gang, which the 39-year-old led, ostentatiously threw various denominations of cash into the the lush tiled grave of Ssemwanga before his casket was lowered in.

The signature move drew a lot of reaction from the public, with some critical of the act while others in support of it, considering that Ssemwanga led a flambouyant life.

In the wake of that unique sendoff, which was attended by thousands, the executive director of Human Rights Defenders Association Uganda, Gideon Tugume, wants Ssemwanga's body exhumed so as to have the legal tender back in circulation.

"They are throwing in between 15 and 16 million," he said, although the exact amount of money is not known.

"They are putting the lives of the family of Ssemwanga at risk. Who is going to keep on manning this grave? That means people will have to come and dig Ssemwanga out.

"He has died a young man. Now they are bringing more grave and more grief to the family of Ssemwanga. That's why we are coming out and saying 'You must answer'," said Tugume.

"The Attorney General must give us an opinion on this."

Ssemwanga died last week in South Africa, where he had been based as a businessman for several years.

Ssemwanga and Zari had three children (all boys) together. 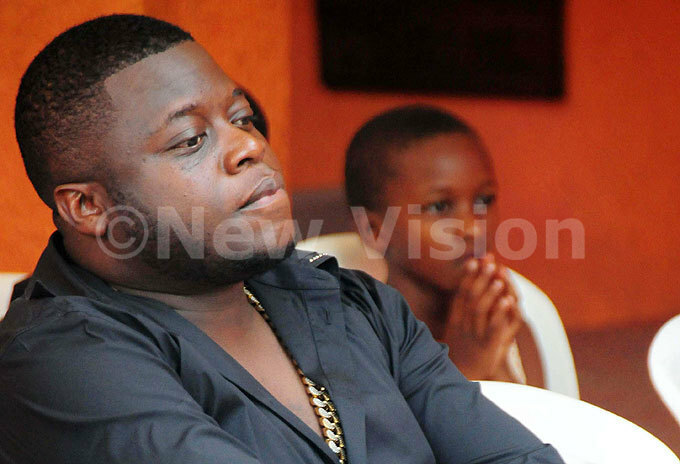 Meanwhile, his grave is being guarded by Police.

Jimmy Luyinda, the family head, said the move is intended to safeguard the grave from people who intend to exhume the body to steal the coffin and money that was buried with Ssemwanga.

His family has been angered by doubts raised over his death.

They blame social media and other elements for peddling "lies" that Ssemwanga is actually not dead and that it is all a gimmick.

'We shall stop inappropriate literature from schools'