Uganda to host regional conference on eye ...
Next Story

Several traders have already set up stalls ahead of Saturday.

Several traders have already set up stalls ahead of Saturday.

(All photos by Tony Rujuta)

KAMPALA - With just three days left to the celebration of the Uganda Martyrs' Day, several traders have not taken chances, as many have already started  ferrying in their merchandise to tap into the high demand by the many pilgrims who are arriving from different parts of the world.

By Tuesday, over 2,000 pilgrims from both Uganda and other neighboring countries had already arrived.

When New Vision visited the area, several traders were seen setting up stalls while others were already selling their commodities by the roadside.

Others were seen carrying  huge sacks on their back reporting for work. The common businesses include; selling second hand clothes and shoes, bars and restaurants, among others. 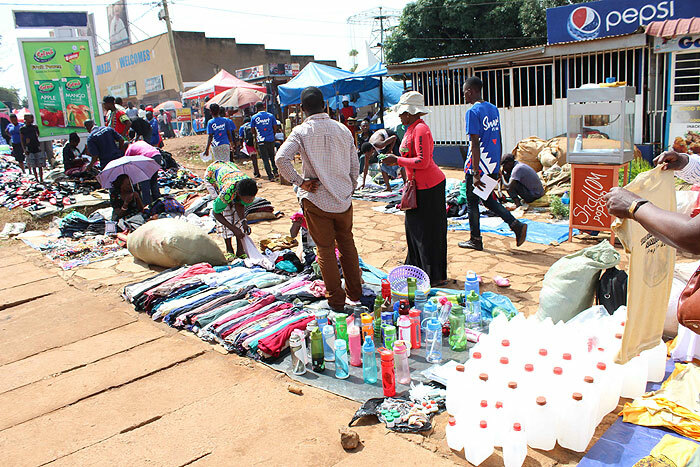 Several telecom companies have also set up their tents offering services to customers and registering new ones.

Abdu Mayanja, a dealer in second-hand shoes, said since being evicted from Park Yard market early this year, they keep travelling with their items in different areas where they expect market.

"We have a shop at Usafi market in Katwe, but few people come there because of accessibility. Don't you see this place [Namugongo] is like Owino now. Many of us are here," he said. 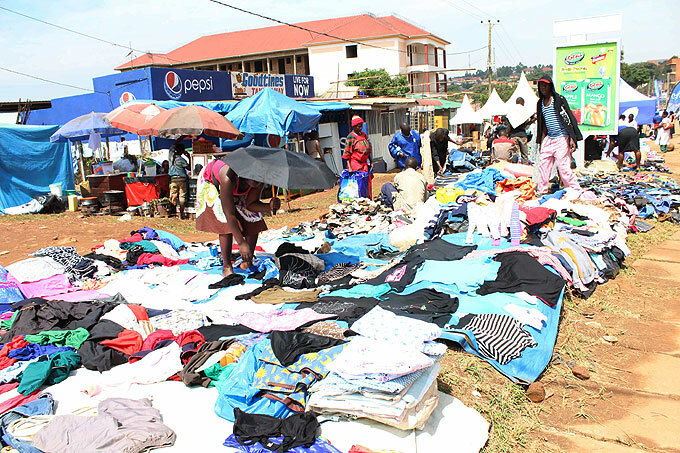 Simon Uyeri, a dealer in rosaries from Ryemera-Kigali Rwanda, said he has been going to Namugongo for the last seven years on Martyrs' Day.

"My rosaries range from sh30, 000 and sh450,000 depending on the size. People buy them especially from Kenya and other countries."

Senga Nakazi, who runs an eatery in the area, said the number of customers is overwhelming since she set up the business on May 28. 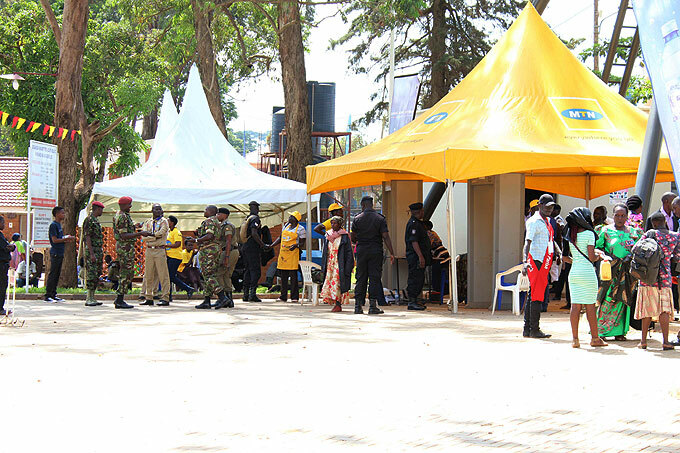 Given the increasing number of pilgrims at the shrine from time to time and the increasing population around the shrine, security has been ramped up by counter-terrorism and military police.

All entrances are manned by Special Forces Command and Counter Terrorism Police.

They have also installed surveillance cameras in different areas and all entrances have been equipped with metal detectors. All pilgrims are subject to thorough security checks.