Zari pictured with one of the children she had with Ssemwanga at the deceased’s home for Sunday night’s vigil. Photo by Meddie Musisi

The vigil for fallen businessman and socialite, Ivan Ssemwanga, turned chaotic on Sunday night as his relatives clashed with his former partner and mother of his three children, Zari Hassan. 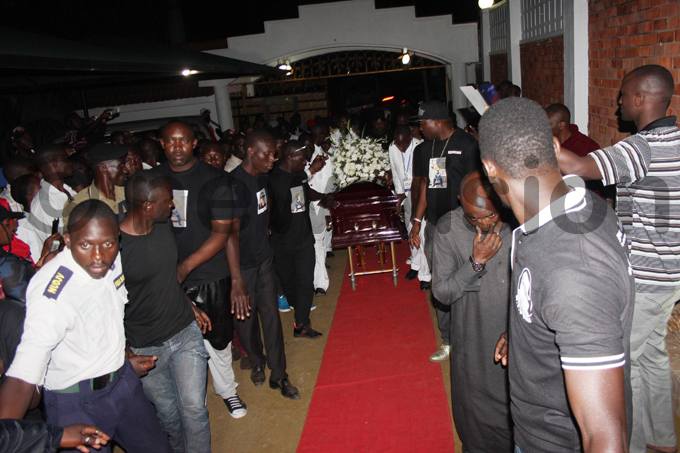 It happened at the deceased's home in Muyenga at about 9pm when Ssemwanga's body arrived and some of his relatives hurled insults at Zari for being "bad mannered".

The whole saga started when one of Semwanga's sisters wanted to hug his children.

"Are we not your aunties?  How can you do that to us, we didn't know that you are such a bad woman Zari," she shouted on top of her voice.

They were later calmed down the MC, Meddie Nsereko, and Kwagalana Group chairman, Godfrey Kirumira, who talked to them.

His body was received by relatives at Entebbe Airport on Sunday afternoon who handed it over to A-Plus Funeral Services.

This morning mourners have started gathering at St Paul's Cathedral Namirembe where the funeral service is going to be conducted.

How to detect fake pesticides

Spraying should be done in dry seasons

How to spot fake herbicides