Majority of premature babies born due to p...
Next Story

He might not be buried in one of his posh cars like some West African moguls, but the New Vision has learnt that no expenses will be spared in ensuring him a befitting send-off. 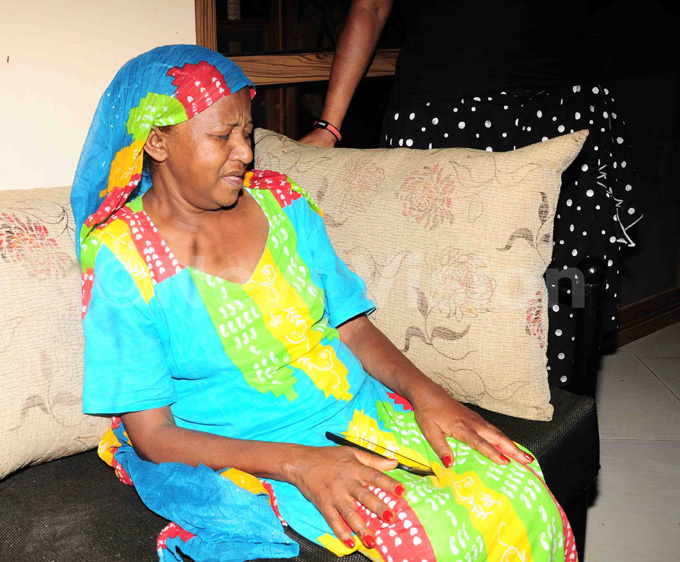 Ssemwanga lived large and departs the world in similar fashion, said family members who converged at the deceased residence in Muyenga Kampala yesterday.

Ssemwanga, who was a few months shy of his fortieth birthday, died yesterday at the Steve Biko Academic Hospital in Pretoria, South Africa. Zari and Ssemwanga's relatives and friends at Ivan Ssemwanga's vigil at Zari's parents' home in Munyonyo. Photos by Musa Ssemwanga

He spent his last hours hooked on a life support machine after an operation to remove a clot in his brain. He was surrounded by family and ex-wife, Zarinah Tlale, at the time of death.

Zari, as she is popularly known, is a flashy mother of five, including two born to her current husband Diamond Platnumz, a renowned Tanzania singer. As Ssemwanga, Zari was also active on the social scene and was known for her exclusive "all white" parties held in Guvnor, a Kampala nightclub.

The couple, according to close friends, operated elementary schools and colleges in South Africa. Zari's tribute

"God loves those that are special and that is exactly who you were and I guess that is why he wanted you to himself. You have touched and helped thousands. You did wonders and I remember you telling me ‘life is too short Zee, let me live it to the fullest.'

In this dark hour, it makes sense why you always said those words to me.

To your sons, you were a hero-some kind of superman. Anyone who has ever been in your presence knows what a charming person you were.

You will be missed and remembered in so many ways. You were Ivan the great!" Zari Tlale posted on social media.

According to Herbert Luyinda, an uncle of the deceased, the return of Ssemwanga's body is scheduled for Sunday. "We shall have a wake here (Muyenga), a church service at St. Paul's Cathedral Namirembe and burial will be on Tuesday in Kayunga," he said.

Luyinda described Ssemwanga as a humble person, who supported a number of their family members. 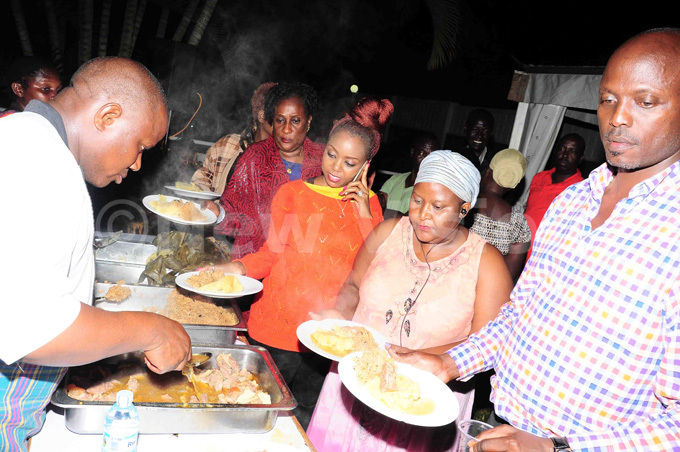 Some of the mourners being served dinner

"Ssemwanga has set up projects for some members of the family and also taken over 50 relatives to South Africa, where they are employed in his schools and other businesses," he said.

He added: "Even though he has been so lavish, Ssemwanga helped his family and friends financially."

Scores of people including friends, relatives and residents who had by last evening gathered at Muyenga, described Ssemwanga as their ‘hero'.

Yassin Omar, LC1 chairperson, described the deceased as a selfless person. "We are saddened by the great loss of our own. He supported many young people in Muyenga to access employment opportunities in South Africa," he said.

He added that Ssemwanga supported a number of projects in the area including monthly clean-ups of the village.

Gerald Kayemba, a resident, said: "Ssemwanga helped me get employment in South Africa. I worked and raised capital to start my business in Kampala."

Ssemwanga extended his generosity to a wider audience. He is famed for coming to the aid of the Uganda Cranes team during various campaign seasons.

He was lauded by the Katikkiro Peter Mayiga for supporting the Ettoffali project with 600 bags of cement and during his last visit to Kampala, he gave money to former street children under the M-Lisada Band in Nsambya.

In February 2017, Ssemwanga made front page news in the South Africa's Daily Sun newspaper for making natives line up to receive money. He gave over 100 destitute women 400 Rand (sh111,000) each, which was more than the 350 Rand (sh97,000), which the South African government gives destitute families.

"The mystery man is happy to bless the needy," the paper wrote.

From rags to riches

Born on December 12, 1977 in Kayunga district, Ssemwanga left for South Africa to find his footing in 2002, transiting through Zambia. He reportedly settled in Pretoria.

Not much is known about how Ssemwanga acquired his wealth, with various accounts suggesting he was one of the Sangomas (native healers) who targeted rich clientele, but other reports say he operated a string of schools in South Africa that he inherited from a white couple he previously worked for.

For one who lived a hi-octane nocturnal life, especially when in Kampala, he did not have many encounters with the law.

However, in December 2015, he was arrested on suspicion of phone theft and booked at Jinja Road Police Station under a case filed under number: GEF/110/2015.

A businessman and car dealer, Gadhafi Sadat Serusiba, a close friend of Diamond, accused Ivan of stealing his IPhone 6, $6,000, sh3m and a wrist watch valued at sh3m. This was after Ssemwanga ordered his minders to beat Serusiba to pulp for invading his privacy.

The two settled the case out of court.

Diamond, yesterday posted a photo of Ssemwanga on social media captioned "Mbele yetu, nyuma yako" which literally means ‘Our future is your past'.

Diamond, who has been supportive of his wife, had pledged moral and financial support towards Ssemwanga's treatment. Ssemwanga is survived by three sons Pinto, Quincy and Raphael and they were all in his custody by the time of demise.

Residents of Kayunga town council in Kayunga district, are still in shock regarding Ssemwanga'a death.

Born in Nakaliro in Kayunga town council to George Ssemwanga and Laziya Ssemwanga (both deceased), he was the first-born in the family of seven, according to his uncle Samuel Muwanga.

At the home, several relatives gathered to supervise repair works on the family house and graveyard.

The electricity, disconnected about a year ago, was also restored. Muwanga described Ssemwanga as a humble, hardworking and influential member of the family.

He joined Matale Senior Secondary School, also in Kayunga, before joining Old Kampala SS for A'level. Muwanga also said Ssemwanga attended Makerere University for a bachelor's degree course, which he could not remember Semei Bulamba, a resident of Namagabi, said Ssemwanga was a rich man, who would "leave everybody happy" whenever he visited.

"In 2011, Ssemwanga came to Hotel Atalanta, where we had gone for a drink. He bought all the beers and offered them to the people he found there," Bulamba said.