The two were asked to pay sh5m non cash

VJ Junior’s supporters carrying him across streets of Kampala from Buganda Road Court to Zai Plaza. Photo by Ashraf Kasirye

The two were asked to pay sh5m non cash

Matovu and his colleague Geoffrey Bbosa were arrested on Tuesday by CIID Police officers from Kibuli who were following orders of State Minister for Ethics and Integrity, Simon Lokodo, based on allegations of producing and circulating pornographic movies.

The duo was taken to Kibuli CIID headquarters where they talked to Lokodo and thereafter they were detained.

On Wednesday their supporters, who are film dealers mostly from Zai Plaza in Kampala where most movie dealers operate, spent the whole day at Kibuli demanding for the release of their colleagues who also happen to be the leaders of the group Uganda Movie Vendors Association.

They only left after being promised that the suspects were to appear before a judge.

At around 5pm, VJ Junior and Bbosa were taken to court where their lawyers submitted a bail application before Judge Jameson Karemani who accepted to grant them bail.

Karemani said that all the cases presented before him, including misuse of computers, threatening violence and circulating pornographic materials, are all not big enough to deny the suspects bail. 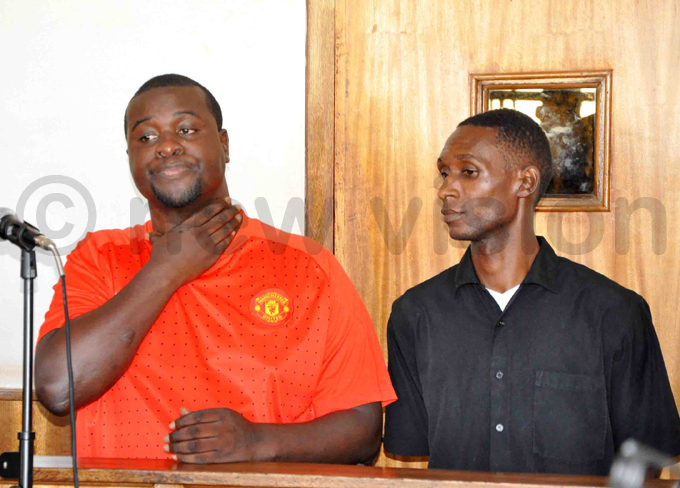 VJ Junior and his colleague Geoffrey Bbosa in the dock during their bail hearing. Photo by Ashraf Kasirye 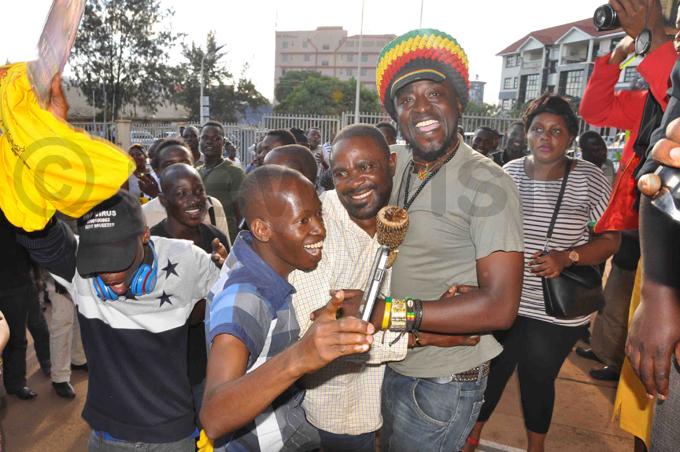 The two were asked to pay sh5m non cash, and their four sureties to pay a million shillings non cash after which they will appear for a hearing on June 21.

VJ Junior's supporters carried through Kampala streets to Zai Plaza where he spoke to the media.

Renowned commentator, VJ Jingo, insisted that VJ Junior's arrest is fuelled by wrangles within the industry, especially between those who translate and sell foreign movies and those who want only Ugandan movies to be sold.

As it happened: Municipal elections