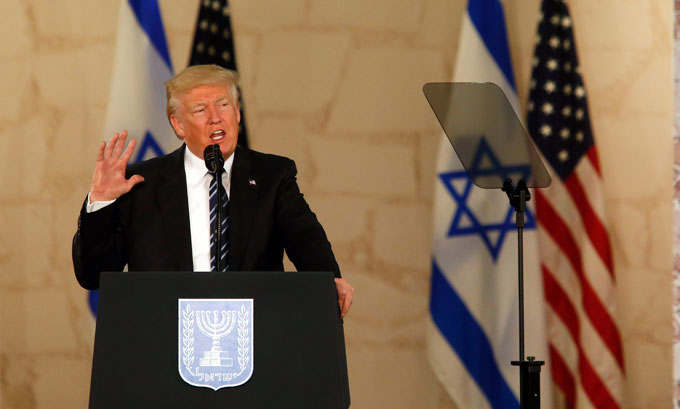 The deadly bombing at a pop concert in the British city of Manchester which killed 22 people including children was the latest attack against targets in Europe, most of them by radical Islamists.

Police say they believe Monday night's attack, just after US star Ariana Grande, a favourite among teens and pre-teens, had ended her performance, was committed by one man.

Here are some of the major attacks in Europe over the past two years:

On March 22, 2016, suicide bombings claimed by IS killed 32 people and injured 230 more at Brussels airport and Maelbeek metro station, near the EU headquarters. The attacks were led by an Islamic State cell that was also responsible for the carnage in Paris in November 2015.

Five people died on March 22, 2017, exactly a year after the Brussels attacks, when a man rammed his car into pedestrians on Westminster Bridge in London and then fatally stabbed a police officer outside parliament. The attacker was shot dead by police.

On February 14, 2015, a gunman opened fire at a cultural centre in Copenhagen as it hosted a forum on Islam and free speech. A filmmaker was killed. Hours later another man was shot dead at the city's main synagogue. Police later killed the gunman, who had vowed allegiance to IS.

France has been the hardest hit among EU states, with 238 deaths.

On January 7, 2015 two brothers who had vowed allegiance to Al-Qaeda gunned down 12 people at satirical weekly Charlie Hebdo in Paris.

The next day, a man linked to the IS group shot and killed a policewoman in a Paris suburb.

He took hostages at a Jewish supermarket just outside Paris the following day, killing four more.

All three gunmen were killed by police.

On November 13, 2015 France suffered its worst terror attack when 130 people died in a string of bombings and shootings at the Bataclan concert hall and several bars and restaurants in Paris, and at the Stade de France stadium. IS claimed responsibility.

On July 14, 2016, the national holiday, a man rammed a truck into a crowd in the Mediterranean resort of Nice, killing 86 people. He was shot dead by police, and the Islamic State claimed responsibility.

On December 19, 2016, a man hijacked a truck and ploughed into shoppers at a Christmas market in Berlin, killing 12 people.

The attacker was shot dead by police in Milan four days later, and the rampage was claimed by the Islamic State.

On April 3, 2017, five people were killed when a bomb ripped through an underground train in Russia's second city of Saint Petersburg. A group suspected of links to Al-Qaeda claimed the attack, which was blamed on a Russian suicide bomber born in Kyrgyzstan.

On April 7, 2017, a truck ploughed into shoppers outside a busy department store in central Stockholm, killing five people including an 11-year-old girl. Police say an Uzbek suspect who was denied a residency permit in 2016 confessed.

In the bloodiest attack in Turkey's history, 103 people were killed in twin suicide bombings targeting a pro-Kurdish rally in Ankara on October 10, 2015. Authorities blamed IS.

In the most recent atrocity, an Uzbek gunman went on the rampage inside the Reina nightclub on January 1, 2017, killing 39 people celebrating New Year, mainly Arab tourists.

The bloodshed was claimed by IS, the first clear claim it has made for an attack in Turkey, although a number of other bombings have been attributed to the jihadist group.