Macron is taking over from Socialist Francois Hollande in a solemn ceremony in Paris.

Macron is taking over from Socialist Francois Hollande in a solemn ceremony in Paris.

PIC: French newly elected President Emmanuel Macron (R) is welcomed by his predecessor Francois Hollande as he arrives at the Elysee presidential Palace for the handover and inauguration ceremonies on Sunday. (AFP)

PARIS - Emmanuel Macron became France's youngest ever president on Sunday, taking over from Socialist Francois Hollande in a solemn ceremony.

The 39-year-old new French said France had chosen "hope" as he was officially inaugurated as the country's youngest president ever.

Macron promised in his first speech as president that the beleaguered European Union would be "reformed and relaunched" during his time in office.

Earlier, he arrived at the Elysee Palace in central Paris in a motorcade and walked down the red carpet under light rain to be greeted by Hollande for his inauguration.

The new president's wife Brigitte, a 64-year-old who was his high school drama teacher, arrived separately for the ceremony wearing a light blue Louis Vuitton outfit. 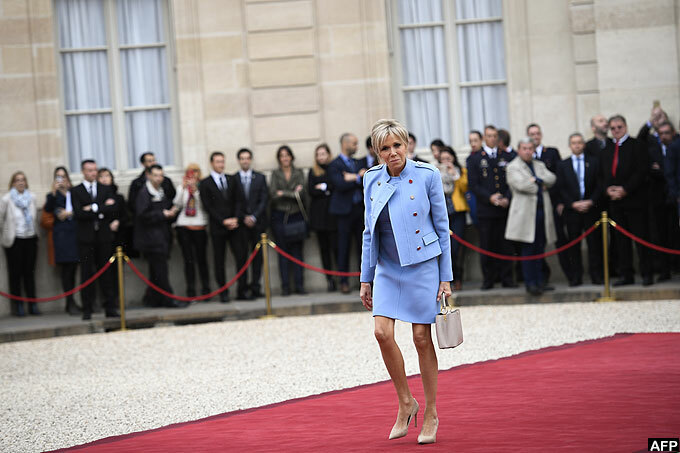 A week after his victory over far-right leader Marine Le Pen in a tumultuous election, Macron had a private meeting with Hollande at which he was given the codes to launch France's nuclear weapons.

He then attended a ceremony in front of hundreds of politicians and invited guests at which the official election results were read out.

At the end of the formalities, a 21-gun salute was rang out from the Invalides military hospital on the other side of the River Seine.

Macron would then be driven to the Arc de Triomphe to lay a wreath at the tomb of the unknown soldier.

Socialist Hollande's five years in power were plagued by a sluggish economy and bloody terror attacks that killed more than 230 people and he leaves office after a single term.

The 64-year-old launched Macron's political career, plucking him from the world of investment banking to be an advisor and then his economy minister.

"I am not handing over power to a political opponent, it's far simpler," Hollande said on Thursday.

Security was tight with around 1,500 police officers deployed near the presidential palace and the nearby Champs Elysees avenue and surrounding roads were blocked off.

After a formal lunch, Macron will visit Paris's town hall, a traditional stop for any new French president in his "host" city. 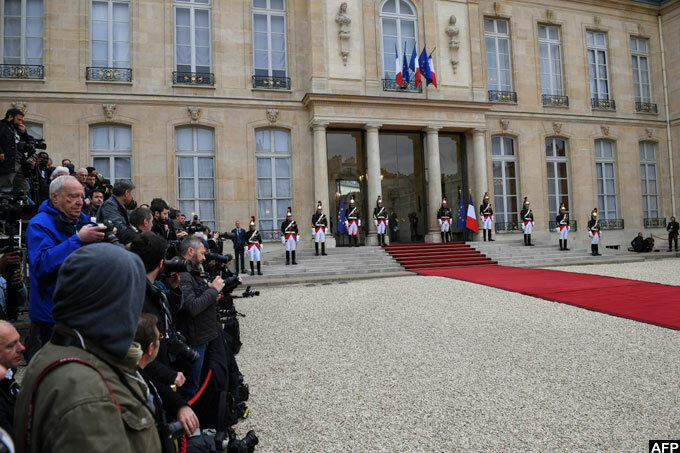 Macron's first week will be busy. On Monday, he is expected to reveal the closely-guarded name of his prime minister, before flying to Berlin to meet German Chancellor Angela Merkel.

It is virtually a rite of passage for French leaders to make their first European trip to meet the leader of the other half of the so-called "motor" of the EU.

Pro-EU Macron wants to push for closer cooperation to help the bloc overcome the imminent departure of Britain, another of its most powerful members.

He intends to press for the creation of a parliament and budget for the eurozone.

Merkel welcomed Macron's decisive 32-point victory over Le Pen, saying he carried "the hopes of millions of French people and also many in Germany and across Europe".

In June, Macron faces what the French media are calling a "third round of the presidential election" when the country elects a new parliament in a two-round vote.

The new president needs an outright majority to be able to enact his ambitious reform agenda.

The year-old political movement "Republique en Marche" (Republic on the Move, REM) that he formed to launch his presidential bid intends to field candidates in virtually every constituency in the country.

It unveiled 428 of its 577 candidates this week, saying it wants to bring fresh faces into the National Assembly lower house of parliament.

Half of them have never held elected office, including a retired female bullfighter and a star mathematician, and half of them are women. 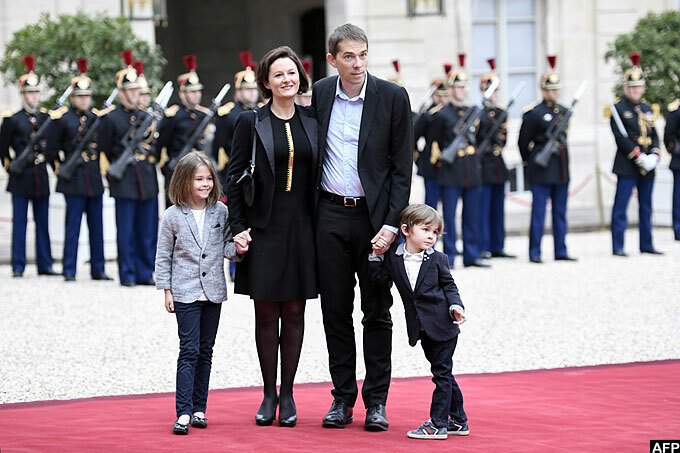 Macron's sister Estelle, her husband and their children arrive at the Elysee presidential Palace  for the inauguration

Macron met many of the candidates gathered at a Paris museum on Saturday and told them they had an "immense responsibility".

"You are the new faces of French politics," some of those present quoted him as saying.

Macron won one of the most unpredictable French elections in modern history marked by scandal, repeated surprises and a last-minute hacking attack on his campaign.

Just as campaigning ended, hundreds of thousands of emails and documents stolen from his campaign were dumped online, leading Macron to call it an attempt at "democratic destabilisation".

US authorities have said they believe Russian hackers were behind the attack.

The election saw voters reject France's two traditional political forces of left and right. Their candidates were eliminated in the first round.

Unpopular Hollande was the first to bow to the rebellious mood in December as he became the first sitting president not to seek re-election in the French fifth republic, founded in 1958.