PIC: French president-elect Emmanuel Macron waved to the crowd as he delivered his speech at the Pyramid at the Louvre Museum in Paris on Sunday. (AFP)

Here is a selection of comments from world leaders and other political heavyweights on Macron's election victory.

"Congratulations to Emmanuel Macron on his big win today as the next President of France. I look very much forward to working with him!" President Donald Trump wrote on Twitter.

"Congratulations, @EmmanuelMacron. Your victory is a victory for a strong and united Europe and for French-German friendship," said Chancellor Angela Merkel's spokesman. 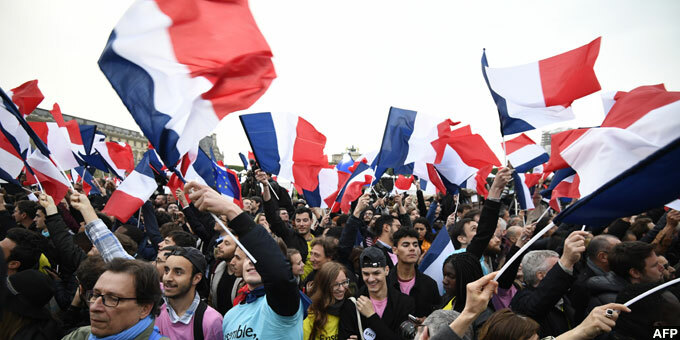 "The Prime Minister warmly congratulates President-elect Macron on his election success. France is one of our closest allies and we look forward to working with the new President on a wide range of shared priorities," said a Downing Street spokesman.

Prime Minister Theresa May also discussed Brexit with Macron, saying "the UK wants a strong partnership with a secure and prosperous EU once we leave," the spokesman added.

EU Council President Donald Tusk also offered his congratulations, saying the French had chosen "liberty, equality and fraternity" and "said no to the tyranny of fake news".

European Parliament President Antonio Tajani told AFP: "We have received a vote of confidence from France in the European Union." Japanese Prime Minister Shinzo Abe said "the victory of President-elect Macron is a symbolic victory against inward-looking and protectionist moves and shows a vote of confidence in the EU".

Canadian Prime Minister Justin Trudeau said he wanted to work together with Macron on a "progressive agenda" to "promote international security, increase collaboration in science and technology, and create good, middle-class jobs on both sides of the Atlantic".

Prime Minister Malcolm Turnbull said he had congratulated Macron and had received a text back saying he was "looking forward to working together". 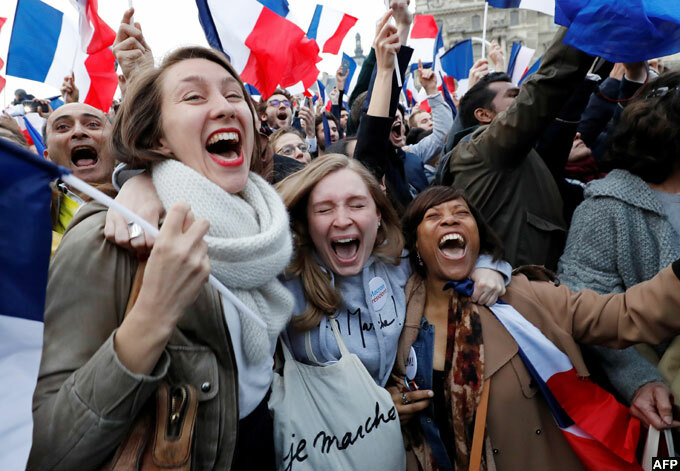 Prime Minister Alexis Tspiras said Macron's victory was "an inspiration for France and for Europe", adding he was "sure we will work closely together."

"Congratulations to @EmmanuelMacron, new president of #France. Let us work in France and Spain for a stable, prosperous and more integrated Europe," Prime Minister Mariano Rajoy said in a tweet.

"I am delighted that a leader with a positive ambition for Europe has won this election," said Irish Prime Minister Enda Kenny.

"There's lots of work ahead for all of us in Europe, in a challenging environment, not least on Brexit."

Prime Minister Bill English welcomed Macron's victory as "good for political stability", adding "it's a result I think a lot of people will see as making a clear path for France". 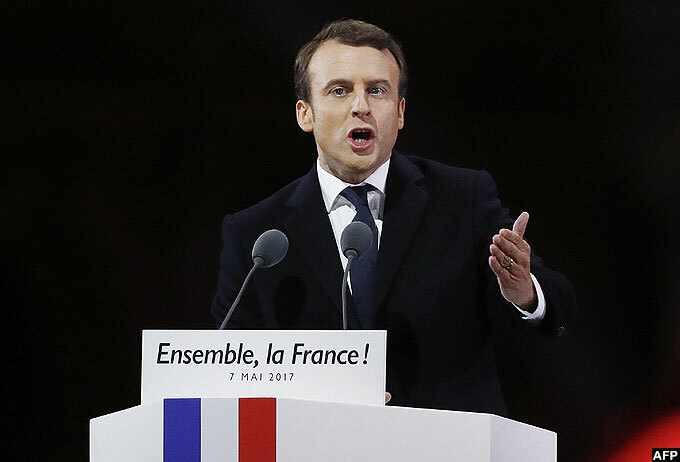 "This is a victory for the French people and for European cooperation. New opportunities will now open up for the proactive agenda needed to strengthen the EU, including more jobs and fair working conditions, a stronger climate policy and a functioning asylum system in which everyone takes responsibility," said Prime Minister Stefan Lofven.

"I congratulate @EmmanuelMacron on his victory in the French presidential election. Brazil and France will continue to work together for democracy, human rights, development, integration and peace," tweeted President Michel Temer.

- Defeated US presidential candidate Hillary Clinton, who like Macron had her campaign hacked, tweeted: "Victory for Macron, for France, the EU, & the world. Defeat to those interfering w/democracy. (But the media says I can't talk about that)." 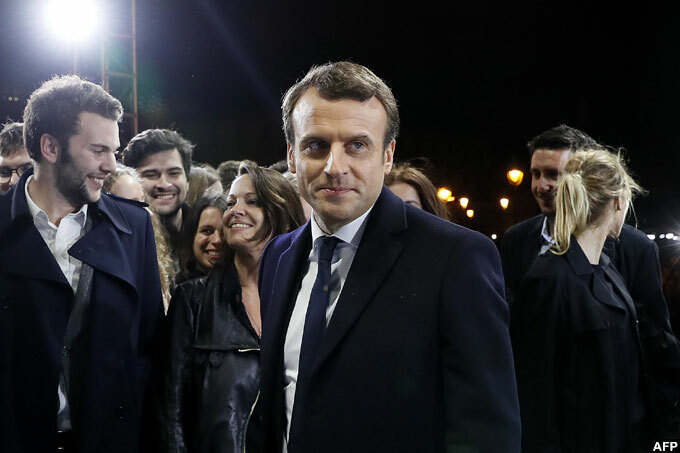 - American civil rights leader Jesse Jackson tweeted: "Congratulations people of France. You have voted for unity over division, hope instead of fear."

- Nigel Farage, former leader of British anti-EU party UKIP and one of the most vocal campaigners for Brexit, said on Twitter: "A giant deceit has been voted for today. Macron will be Juncker's puppet."

- In The Netherlands, Dutch far-right leader Geert Wilders commiserated with Le Pen, saying in a tweet: "Well done anyway @MLP_officiel millions of patriots voted for you! You will win next time -- and so will I!"

- In Austria, Heinz-Christian Strache, head of the far-right Freedom Party, said Le Pen deserves "respect... She is from now on the strongest opposition force against Macron."

Another Kampala bus crashes in Sudan