Rugunda said that Wacha-Olwol played a significant role during the turbulent years after Idi Amin.

Rugunda said that Wacha-Olwol played a significant role during the turbulent years after Idi Amin.

PIC: MPs from Lango sub-region lay a wreath onto the coffin of Joel Wacha-Olwol during a special parliament sitting on Thursday. (Credit: Kennedy Oryema)

KAMPALA - Parliament has paid tribute to former head of the 1980 Presidential Commission Joel Wacha-Olwol who died earlier this week.

Wacha-Olwol led the three-man commission which led the country for seven months, from May 22 to December 15, during a transitional period following the overthrow of President Godfrey Binaisa.

On Thursday, his body was brought to parliament and lay in state ahead of a special parliament sitting chaired by Deputy Speaker Jacob Oulanyah.

The fallen former leader's family were also in the House. 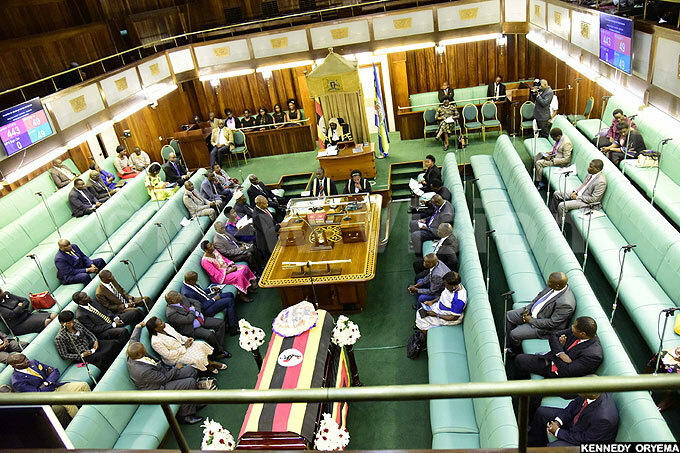 During the afternoon special sitting, MPs led by Prime Minister Dr. Ruhakana Rugunda praised Wacha-Olwol for the good leadership qualities that he demonstrated during his brief tenure at the helm.

Rugunda said that Wacha-Olwol played a significant role during the turbulent years after the fall of Idi Amin’s regime and yet some people were not aware of this contribution.

Against this background, the PM called for the proper preservation of the country’s political past for future reference.

MPs including First Deputy Prime Minister Gen. Moses Ali also praised the fallen leader’s contribution in the country’s political arena and called upon both leaders and members of the public to pick lessons from Wacha-Olwol’s service to the nation.

In the seven months at the helm, Wacha-Olwol led the state alongside Justices Saulo Musoke and Polycarp Nyamuchoncho, before the team handed over power to President Milton Obote on December 20, 1980 following general elections. 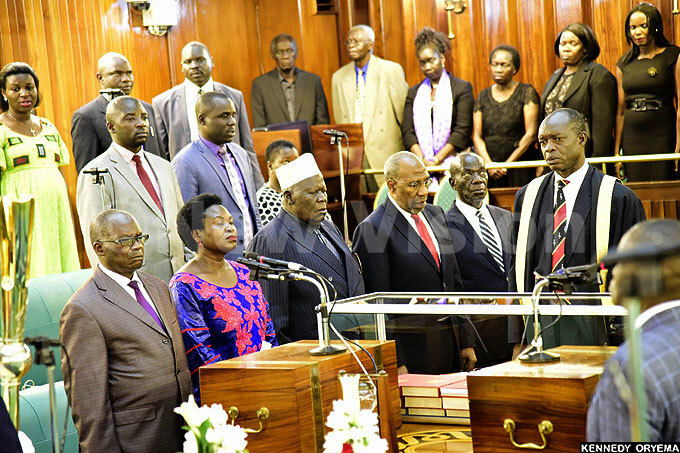 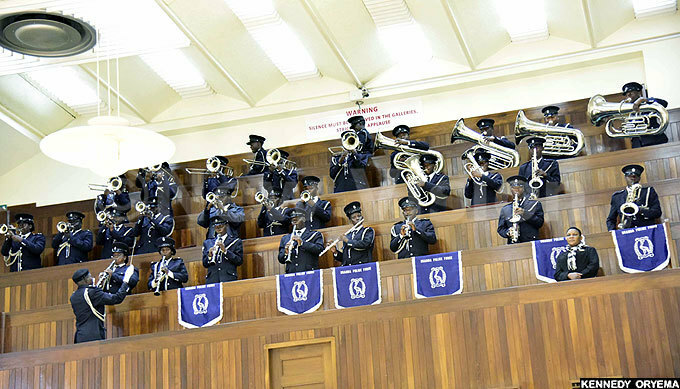 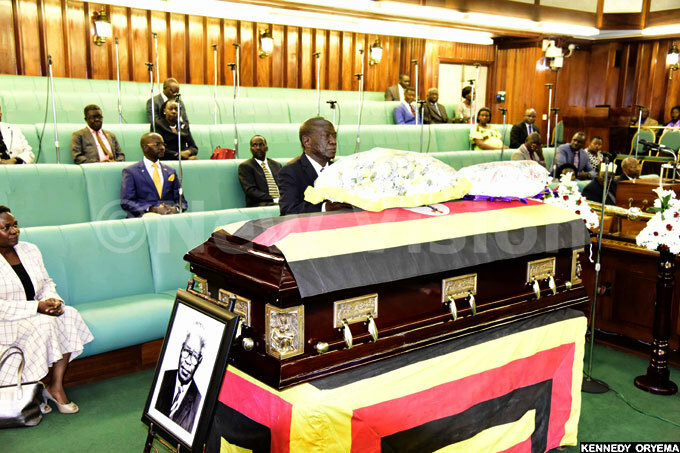 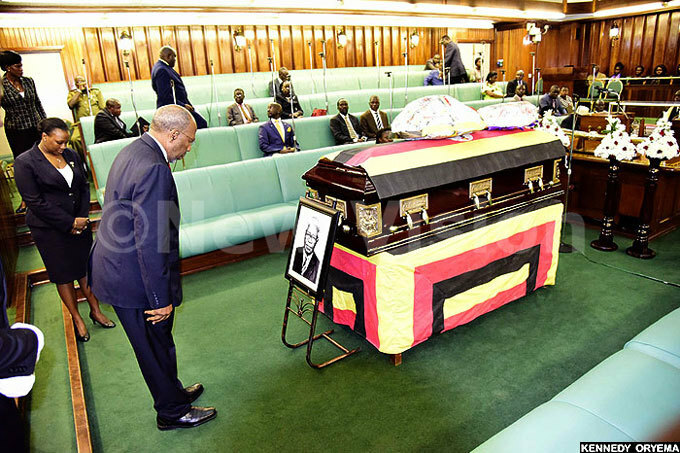 PM Rugunda paid his tribute to the former Ugandan leader

We are losing the Nile Perch