For Africa to develop, the political will of the leaders must be accompanied by the right strategy, President Yoweri Museveni has said.

The President was on Wednesday speaking as the chief panelist on the subject "Agenda 2063: Infrastructure Update" at the World Economic Forum on Africa in Durban, South Africa. The forum that started today (Wednesday) will run until Friday.

"The political will has always been there. Many African governments have wanted to succeed since the 1960s. The problem has been ideological meandering, where you get one item and make it most important. For example, you emphasise education at the cost of others but what will happen to your educated people if they do not have jobs? They migrate," said the President. 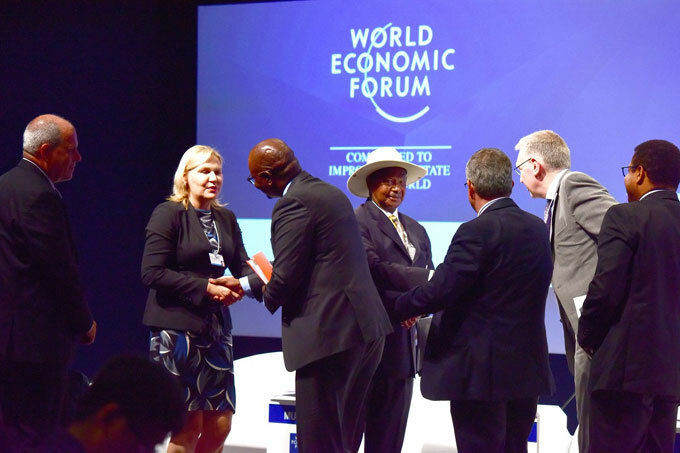 "This was done through nationalization, where governments took over assets of the private sector but instead interfered with forces that should have helped them create jobs. The political will has always been there but how to express that will through the right strategy has been the problem," he added.

On strategy, President Museveni warned that singling out one element of development and hyping it at the cost of others, is detrimental.

"In the last 55 years, I have found out that taking one element and concentrating on it is not enough," he said. "It must be infrastructure plus others like education, fragmentation of markets. You must ask, if you produce goods and services, who will buy? And is it sustainable?"

The President pointed out that most African governments had agreed on private-sector led growth, which must be supported by infrastructure to ensure low cost of production, cheap electricity, affordable transport, cheap credit among others.

Good infrastructure projects therefore are those that do not result into high costs for the private sector, said Museveni.

"It is a bit of a contradiction. For example, if a government does a dam, the costs or tariffs tend to be low. But when the private sector undertakes a similar project, they charge high tariffs," he said. "For a project like a dam, it will last for 100 years, the private sector should not be in a rush to recoup their money. You can collect your money in 20 instead of 10 years. That will help our economies develop, they will be competitive."

Cultural leaders should keep off politics