Commercial diplomacy money not in the budget
Next Story

Security minister, Lt. Gen. Henry Tumukunde and Dato Seri, the deputy Prime Minister of Malaysia have discussed mechanisms of curbing child trafficking as Uganda seeks to end the illegal practice that has puzzled authorities over the years. 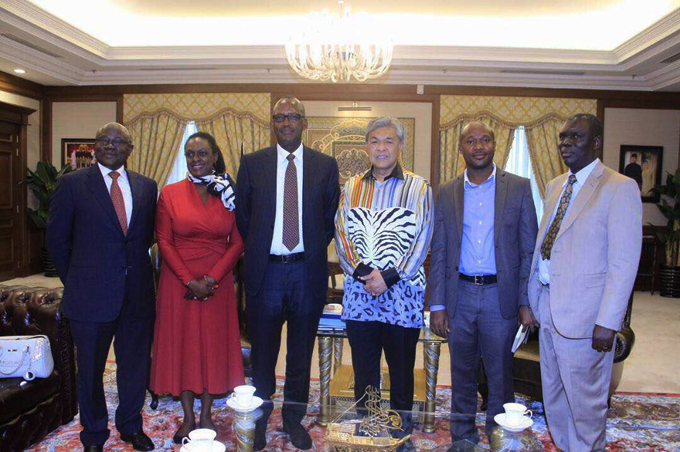 According to officials from the Ministry of foreign affairs, Tumukunde, who is on official visit in Malaysia, also held bilateral talks with Dato on technical cooperation and capacity building in the security sector of the two countries.

Every year, foreign affairs officials said, the UPDF sends one senior officer to Malaysia for training.

"The visit comes against the backdrop strong efforts by the Government of Uganda to identify trafficking victims and stamp out this illicit vice. Ugandan trafficking victims have in the past been abandoned in Malaysia, some en route to Europe," a statement issued by foreign affairs ministry said.

Foreign affairs officials said in 2012, at least 600 Ugandan girls were reported to have been forced into Malaysia's sex trade.

The two countries have since established a special investigative unit on trafficking in persons to curb the practice.

To further strengthen the cooperation between Uganda and Malaysia, a team lead by officials from the newly created Ministry Of Science and Technology will this month also visit Malaysia to benchmark on the Malaysian model, especially on how to use technology to spur development and eventually achieve Vision 2040.

Cricket: Best of the decade