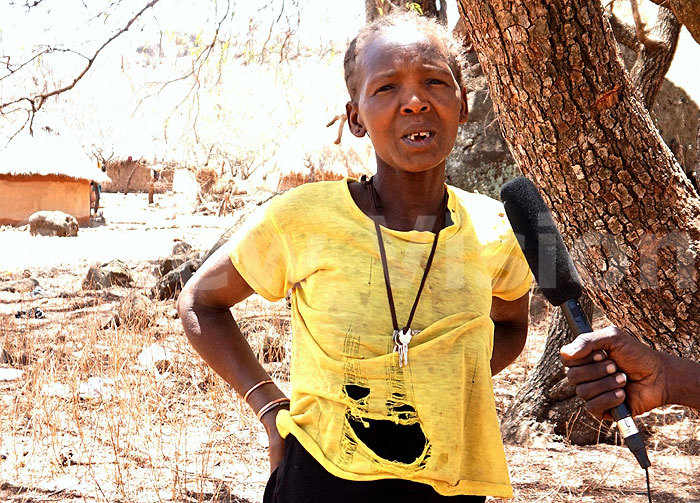 PIC: This woman claims she is no longer a cutter, but is it true? (Credit: Caroline Ariba)

For Female Genital Mutilation (FGM) to happen, there is always a cutter. Also known as surgeons, cutters have mastered the game of cat-and-mouse with the authorities. Years after Uganda put in place a law criminalizing the ritual, FGM still rears its ugly head. Caroline Ariba recently had a chat with a cutter that claimed to have abandoned the practice. But has she?

It is not what she says but rather what she doesn't.  It is not even the emphasis with which she says it. It however is the way she stutters when asked eminent questions. There in her silence emerges the answer to my question: "Are you still cutting Ugandan girls?"

It is the way she goes cold when pressed to answer, the flicker in her eyes.  The lines instantly forming in her face. The frustration glaring through her tiny frame tell it all.  It isn't in her words, but in the mannerisms. This old lady is exuding deception, and something has got to give!

Like her true allegiance, her name remains a mystery.

Although she swears that since the coming of the law against Female Genital Mutilation she has not cut any girls, it seems hard to believe. "No, not me, maybe others," she instantly springs to her own defence. "In other villages maybe, not this village!"

Like the cleansers in our Part One of this series, she hails from Katabwok sub-county in Amudat district. And just like the cleansers again, her answers are rehearsed, but unlike the elders, she looks like she is about to take off when pressed. "Me, not me, not me… er… it is not here, for us we have refused FGM ever since the law was brought," she vehemently shakes her head.

It is almost believable until she is asked when the last time she circumcised a girl was.

"Er… two years ago… er… three years ago," she responds and silently goes mute. She knows she must have blundered as everyone goes silent. "We do not cut girls in this village, no!"

But two years ago practising FGM would still have been a crime, right?

At this point she starts to turn her back away from the microphone. She knows something is not right and thinks it might be time to run. This meeting, also arranged by the United Nations Population Fund (UNFPA), should have included her fellow ‘former' cutters, but they had been delayed somewhere.

Asked where they were, she points at a random direction and it is obvious, she now thinks her friends could be arrested. She only stops after realizing the team only had questions and wanted to know why the practice continued.

"We are poor!" she exclaims, before going silent again.

She says that the loot they make from the FGM season is a whole lot to give up. She again stops herself, and rectifies her mistake; "but we have allowed to follow the law!"

Godfrey Kurong (pictured  below), is an FGM monitor with a local organization called Vision. 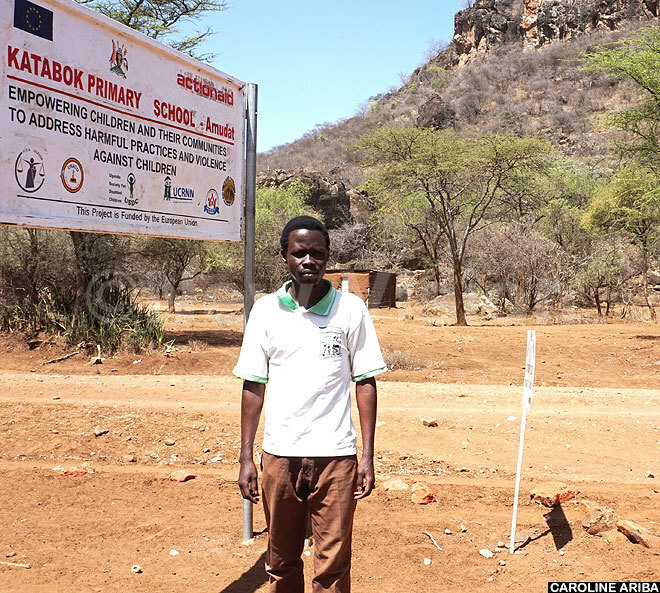 According to him, there were cases of FGM in that area late last year. But he believes that the awareness of an existing law is there and the perpetuators know they could get arrested.

"At least now they cannot claim ignorance of FGM being a crime," he begins. "If they do it, it is done in the bushes far away, in the night more over."

Sadly, this place is far away, it is rocky; the roads mostly impassable, more so during the rainy season. It is inevitably a hard-to-reach area, and that right there allows for FGM to thrive.

"To accelerate progress towards ending FGM by 2030, we need to strengthen the coordination and continuously engage communities to put in place mechanisms to ensure effective protection of women and girls," he said.

"Let us take girls to school. And to make sure that they stay in school. Llet us come up with a policy that ensures they have food at school."

As of today, Satti said that the UN had ensured there was food in the schools for at least thee months.

(In Part III of this series, we will look at the survivors and expert opinion on the way forward)

The fight against FGM: Starting from the beginning