UMI introduces new courses in Education an...
Next Story

Police officers spent the whole day engaged in a range of sporting activities with locals.

Police officers spent the whole day engaged in a range of sporting activities with locals.

KAMPALA - It was an all-sporty affair at Nakivubo Blue Primary School Kampala on Saturday courtesy of a community sports gala organized by Kampala Central Police Station.

Police officers spent the whole day engaged in a range of sporting activities with locals. There was also a dose of musical entertainment delivered by the likes of Young Mulo, Papa Cidy, Samuel Ojobira, among others. New Vision's Lawrence Mulondo was there the whole day and captured the moments of the fun-filled day . . . 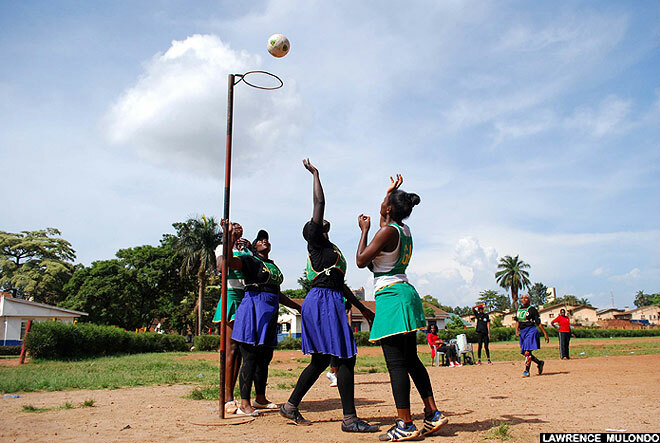 Netball was part of the day's activities. Here, a police player goes for a baskest against the citizens. Eventually, Police defeated Crime preventers and residents 10-5 and walked away with a trophy and medals 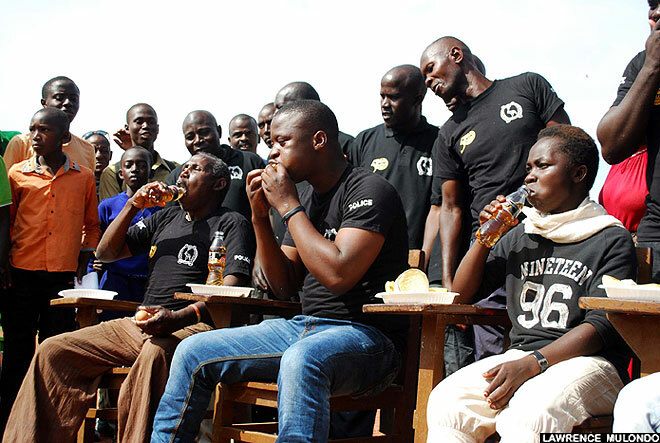 Contestants also had to put their mouths to good use during the eating competition. While some struggled to force the dry food down, others looked like they would have done with another helping. Too easy! 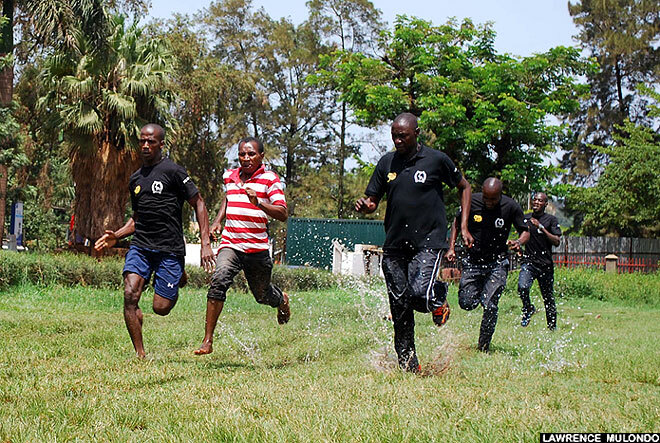 For those who didn't have the guts for the eating competition, they chose to put their legs to good use for instance, in the 400m race on wet surface 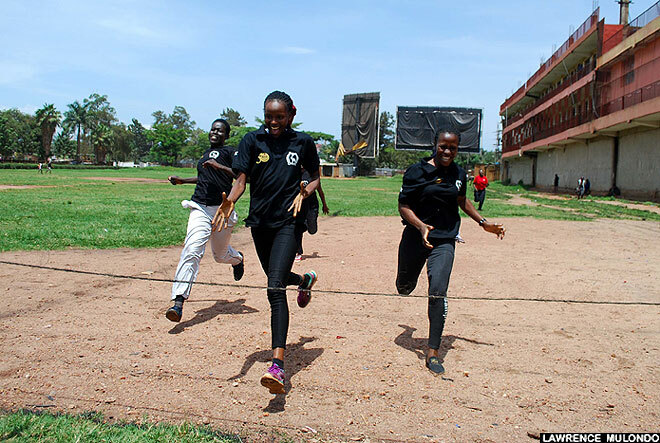 These female participants competed in the 200m race, and like every race has a winner and loser(s), so was the case here. It was a close finish for the top four, but for the runner in the background (red top), winning was not priority. Finishing the race instead was the target 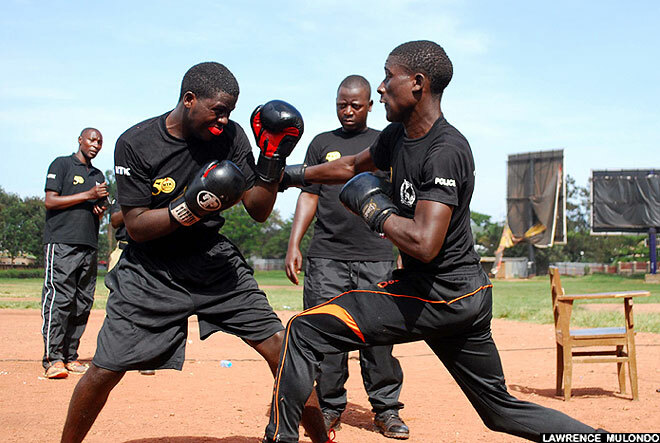 From leg power (athletics) to arm power (boxing) . . . may the better boxer win! 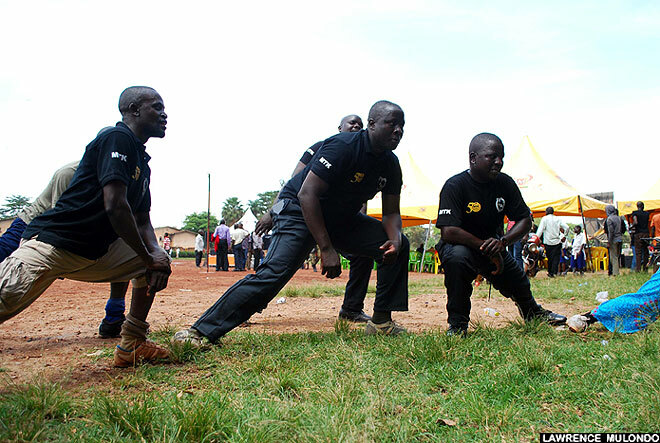 Central Police Station Deputy Police Commander Joseph Bakaleke (C) made sure to stretch with locals after the marathon. Bakaleke said police organized the gala to unite civilians and the police 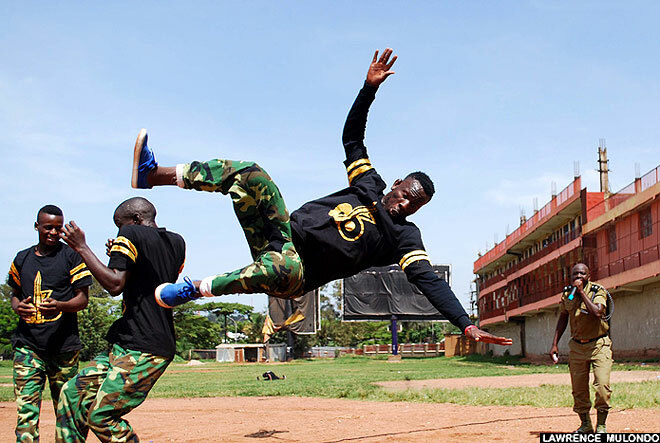 No, he has not slipped over a banana peel . . . like you may be thinking. Instead, he is an acrobat, pictured mid-air during a fantastic stunt! 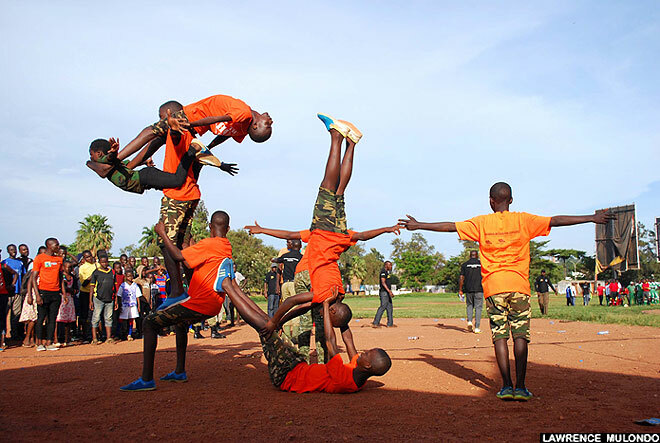 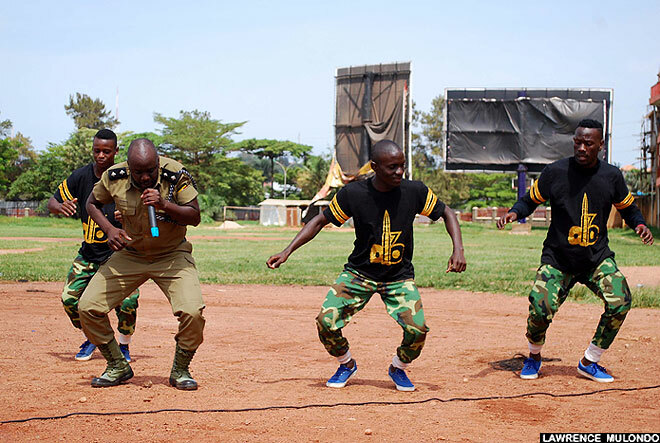 Who said the men and women of the uniform cannot sing? Police musician Samuel Ojobira, pictured here entertaining guests, has other ideas 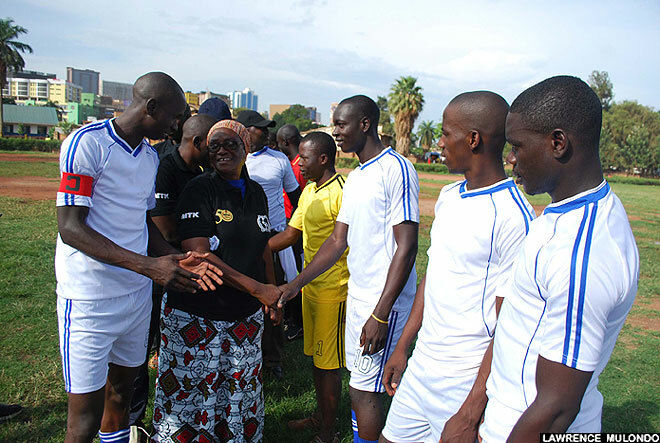 Kampala Central deputy Resident City Commissioner and guest of honor Sarah Bananuka inspected the Kampala Metropolitan police football team. But it was Nakasero who won the football match between them and Shauriyako 4-3 on penalties and walked away with a trophy, a bull and medals 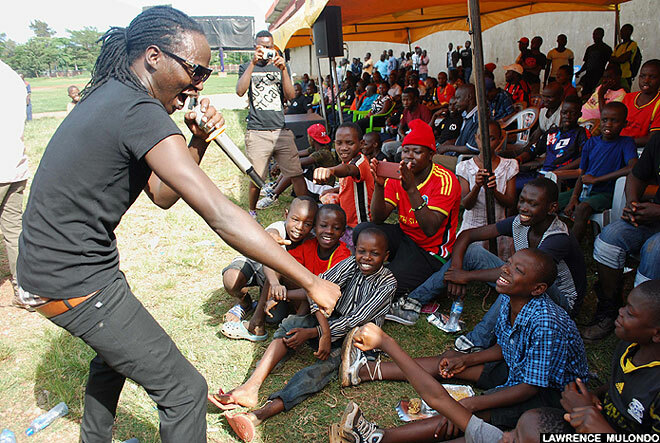 Musician Young Mulo was part of the entertainment menu . . . 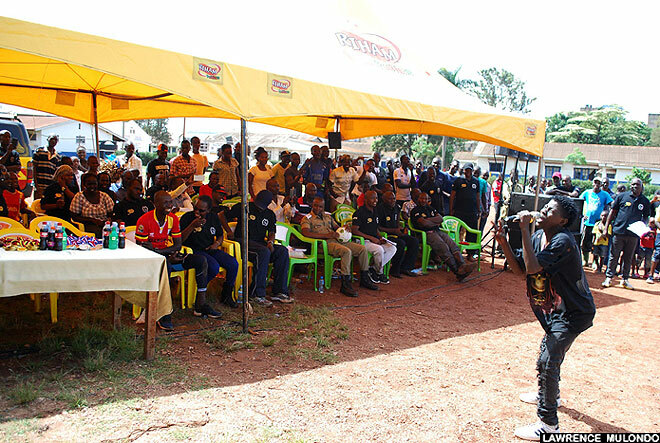 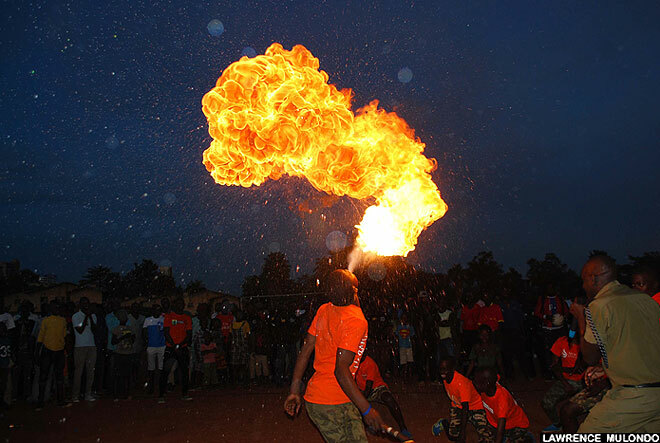 This acrobat performed fire breathing, a delicate act that involves a performer creating a precise mist of fuel from the mouth over an open flame 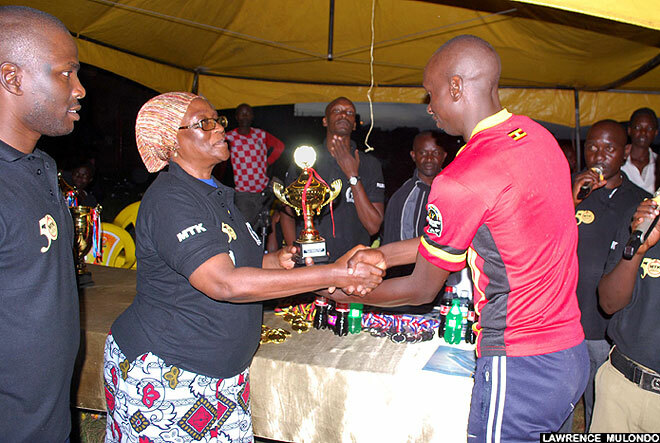 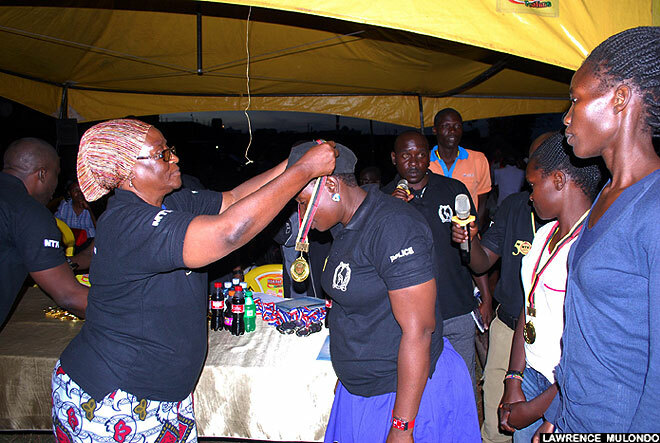 Foreign athletes to compete in Arua

Why Uganda Athletics Federation is under scrutiny