Kaahwa is scheduled to undergo an operation on May 15, at CORSU Hospital, Kisubi, Wakiso district.

Kaahwa is scheduled to undergo an operation on May 15, at CORSU Hospital, Kisubi, Wakiso district.

A 14-year-old primary six pupils, Andrew Kaahwa, who was burnt as he was drying tobacco on fire at his Kibaale home, is in desperate need of sh7m so that his scars can be operated upon.

Kaahwa, a resident of Kitengeto village and pupil of St Andrea Kaahwa Primary School, Buseesa in Kibaale district, told New Vision on Wednesday that he was burnt by leaves of tobacco that caught fire as he dried them.

Kaahwa is scheduled to undergo an operation on May 15, at CORSU Hospital, Kisubi, Wakiso district. However, he needs a pressure garment that would reduce the swelling scars.

Kaahwa, who lives with his mother Agnes Katusabe, said although the burns are healing, they are itching. 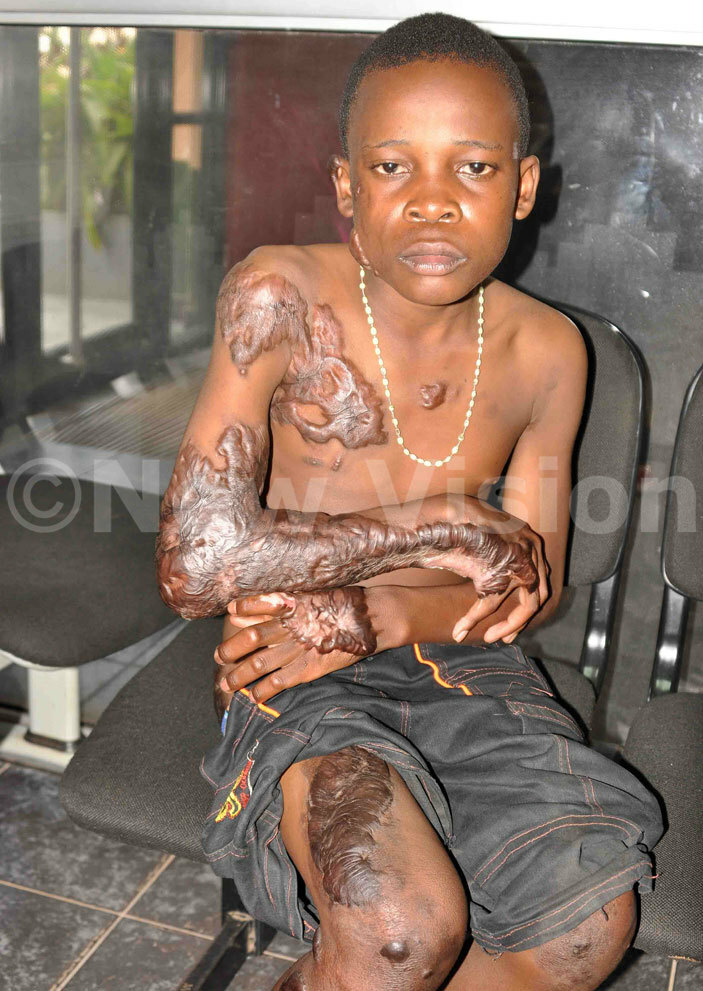 Ktusabe says her son was admitted at Kasalaaba Medical facility in Buseesa, where he spent two months.

She said they were referred to CORSU Hospital where the doctors advised him to first get pressure garments so that they could reduce the size of scars.

"I sold most of my property to raise money, but it is not enough. I appeal to all kind-hearted Ugandans and companies to give us some money so that my son gets the operation, heal and goes back to school," Katusabe said.