New payroll for government workers in offing
Next Story

KAMPALA - The Chief Justice Bart Katureebe has said any judicial officer who accepts a bribe is risking his or her career because he will not protect corrupt judicial officers.

He said the reason people take their disputes to court is to have them fairly resolved without any influence but not because judicial officers know the law.

"They just trust our integrity but if you accept a bribe, you will never give a fair verdict."

Katureebe made the comments while presiding over the Mengo Chief Magistrates Court Open Day on Thursday. Over 100 people including Rubaga Division mayor Joyce Ssebugwaawo attended the function.

The Chief Justice advised the people who have minor disputes to utilize the small claims procedure because it is cheap and it does not require legal representation.

He also disclosed that he started his practicing career at Mengo Court in 1975 as a junior state attorney and it should be a model court in dispensing justice. 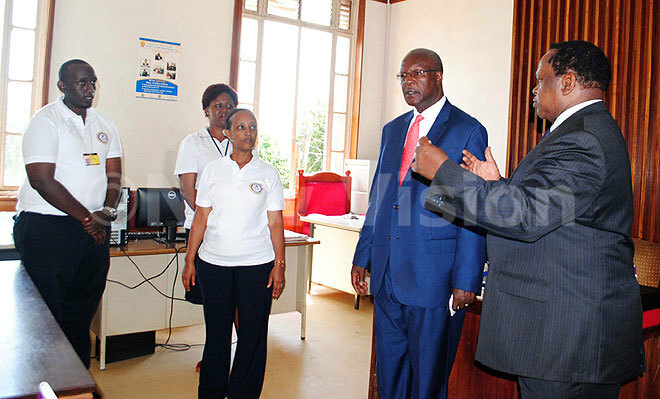 It is alleged that between March 2 and April 8, at Nakawa Chief Magistrate's Court in Kampala, Napiyo corruptly solicited sh1m from a one Aman Vicent Egesa as an inducement to reverse a child custody ruling in his favour.

It is further alleged that on April 8, while at Bonjour Supermarket, total fuel station in Nakawa division, Napiyo corruptly received the bribe from Egesa.

Napiyo is alleged to have approached Egesa, who has been battling custody of his alienated wife for custody of their children, and told him that custody had already been given to the wife but it would be reversed if he paid sh1m to her.

However, Egesa sought for Inspectorate of Government's (IGG) intervention and she was trapped.

Egesa was given pre-recorded bank notes which Egesa handed to Napiyo in the presence of detectives who later arrested her.