Verdict in Kananura murder case set for Ap...
Next Story The couple wedded in a lavish ceremony in 2008.

She stated in her petition number 72 of 2017, filed on April 18, 2017, that Chameleone batters and tortures her and the children.

According to the petition, the estranged couple wedded on June 7, 2008, at St. James Bbiina, Mutungo a Kampala suburb and they were blessed with four children during the subsistence of the marriage.

Through Okurut and Company Advocates, Atim stated that in 2013 Chameleone started physically torturing her and sometimes he would go home drunk and beat her up without any reason.

In order to hide the bruises and wounds on her face, she would allegedly go to hospitals for treatment, veil herself and sometimes run to her friends' homes to hide from her husband. 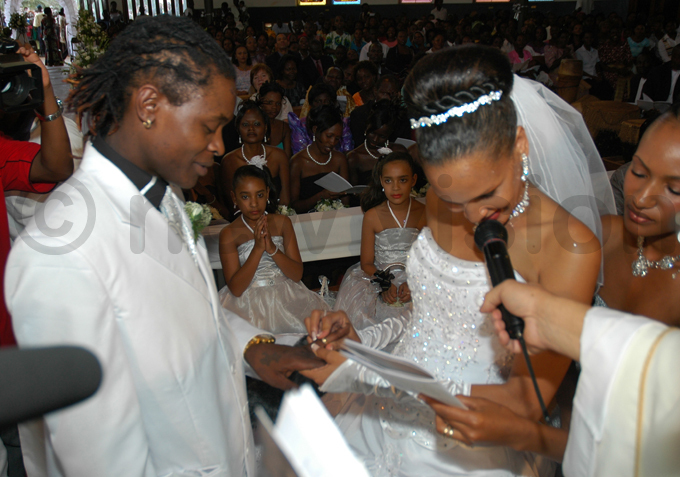 She revealed that the music maestro is ill-mannered and to protect herself from being killed, she has separated beds with him.

Atim said that Chameleone disrespects her before her children, is verbally abusive, constantly belittles her before them and physically abuses the children too.

"Your petitioner's life is in danger. The respondent has severally threatened to kill her and has been mistreating her a lot," stated the petition.

Atim said that she has on several times tried to make things right between them and has visited several religious leaders and friends but her husband has refused to heed to the advice. Instead his manners have worsened. 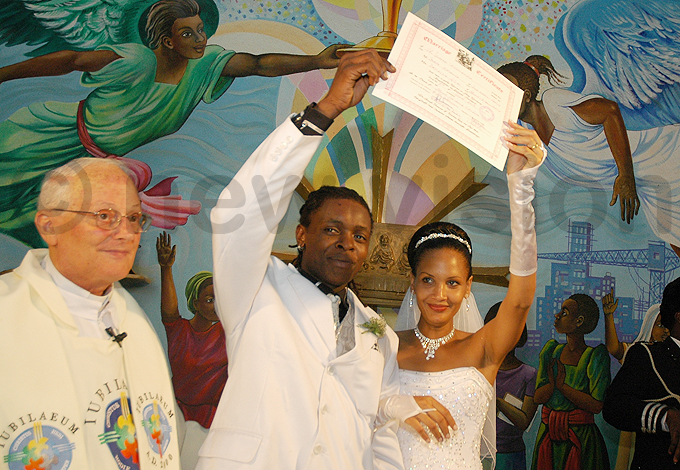 The couple's wedding was presided over by Daniella's godfather Father John Scalabrini who passed away in October.

The petition revealed that peace has eluded her because of the constant worry of what the musician's next move is.

She has asked court to dissolve her nine year old marriage and put a permanent injunction restraining him from ever coming close to her. She also wants Chameleone to pay for the costs of the suit.

The case has been allocated to the Court's grade one magistrate, Margaret Aanyu. Chameleone has been given 15 days to respond.