Foreign powers are pushing for dialogue - ...
Next Story

Maize farmers in Kabarole district are crying foul after suffering major loses as a result of the army worms which have invaded several maize plantations as well as the prolonged dry spell. 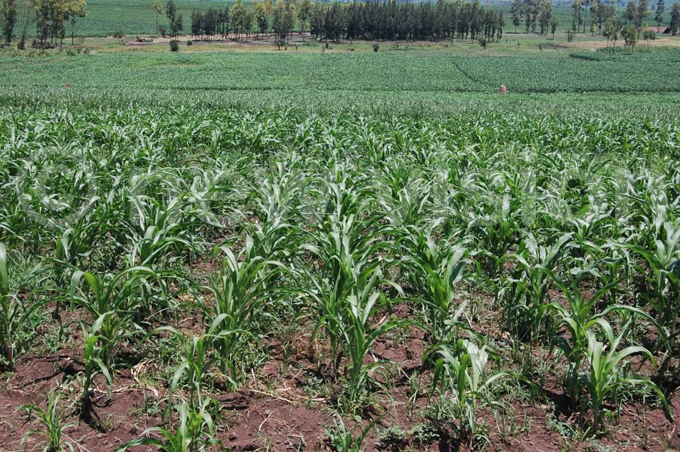 Some of the maize gardens affected by the long dry spell in Rwimi Sub County, Kabarole district. Photo by Wilson Asiimwe

The sub counties of Rwimi, Kijura and Kibiito have been affected the most with several acres of maize destroyed.

In Rwimi several farmers have cleared their maize gardens while others have had to incur the costs of transporting water for irrigation and spraying against the deadly army worm.

The discovery raises fear among farming communities following reports that the worms razed gardens in areas where they were first reported adding to the devastation caused by a prolonged dry spell.

Few farmers are struggling to remain in business with many having already given up to focus on the next planting season.

Jimmy Katuramu a farmer in Kakoga in Rwimi, said that he planted 60 acres of maize at the start of February anticipating rain but it didn't rain as expected and when he resorted to irrigation the army worms struck.

"We are already counting losses because all the maize is drying up and the invasion by the army worm has also affected us very much," said Katuramu.

He said that it's not only the maize gardens which have been effected but also the beans planted this season have been affected by the dry spell.

Jacob Musinguzi another farmer in Kakinga said hunger in the area was looming due to the failure to grow crops. 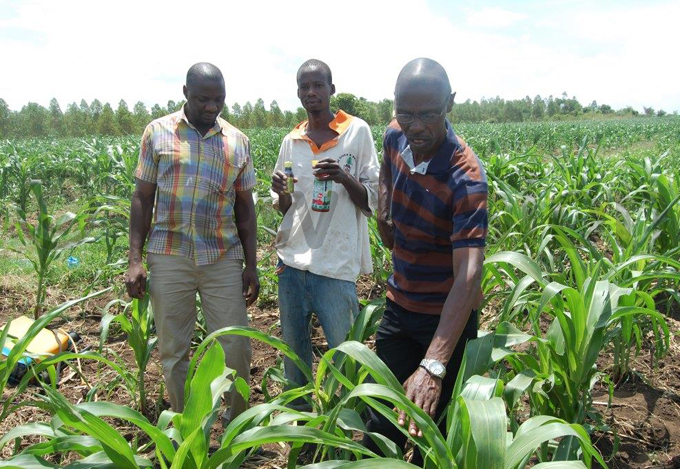 "This area is the major production centre of maize and beans and now that production is failing, we are expecting the worst famine because the food prices are already up," said Musinguzi.

In Harugongo, maize several maize farmers have abandoned their gardens which have been affected by army worms.

"I tried to spray but nothing is changing. The worms are increasing day by day so I have decided to abandoned the garden," said Grace Kansiime a farmer.

However the Ministry of Agriculture has already delivered pesticides to be given out to farmers to spray their gardens and get rid of the army worm.

Maj. Rubale Kajwara, the UPDF officer in charge of Operation Wealth Creation, said they are working with the district department to ensure that farmers spray their gardens and get rid of army worms.

"We have been visiting maize farmers and encouraging them to spray their gardens so as get rid of the army worms and we are also distributing pesticides to them," said Kajwara.