Elite League: UMU to face Kawempe in playoff
Next Story

Four goals and a straight redcard feature in this thriller.

Four goals and a straight redcard feature in this thriller.

Uganda Christian University (UCU) and Makerere University played out a 2-2 draw in the University Football League in Mukono.

Joshua Kigozi and Jerome Ssemambo were on target for UCU while Joshua Lubwama's strike and Ivan Natweta's own goal ensured a sharing of the spoils.

The hosts dominated the opening period of the game but they failed to capitalize on their chances against Makerere.

Their dominance only counted in the 20th minute when Ssemambo found the back of the net after Amos Muwonge had failed to convert with only the keeper to beat.

UCU will wonder how they did not take a much bigger lead into the break. They will point to their profligacy for that though.

Two minutes after the restart, they were gifted a penalty after a Makerere defender handled the ball in the area. Kigozi stepped forward and made no mistake to make it 2-0.

But that did not break the visitors, who showed some brilliant passing for long periods of the second half. In fact, they did pull one back  through Lubwama after such dominance that broke down the UCU back line.

Five minutes to the end of the game, goalkeeping error gifted Makerere with the leveler.

Edgar Bwogi was sent off on a straight redcard after he brought down Ssemambo near the edge of the box.

Both teams tie on seven points in three matches played but Makerere lead the table on goal difference. 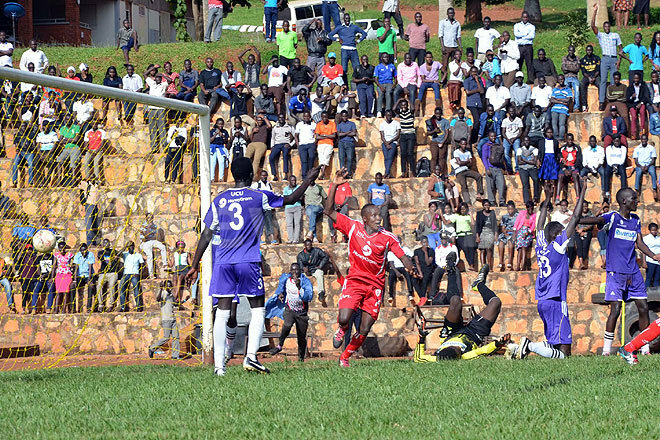 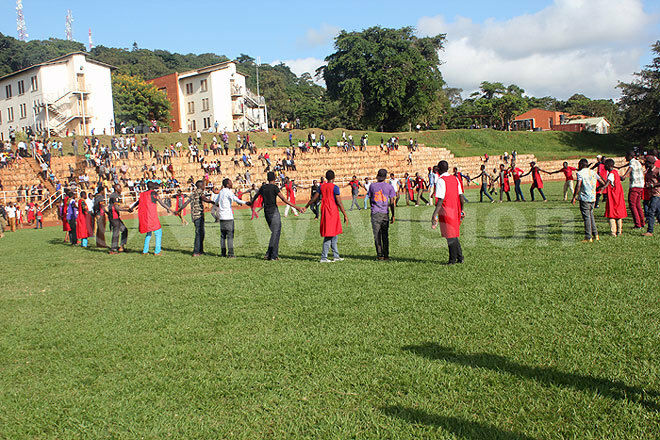 And the visitors' fans celebrated in style. (Credit: Fred Kyambadde)

"We would have changed the result if we were very clinical in front of goal."