"Peace has become a rare commodity. People are troubled by so many social, political and economic problems."

"Peace has become a rare commodity. People are troubled by so many social, political and economic problems."

KAMPALA - Basing his summon on the story of the risen Christ, the Archbishop of the Church of Uganda, The Most Rev. Stanley Ntagali has asked Christians to seek Jesus if they want to concur problems.

Addressing hundreds of Christians who thronged All Saints Cathedral to commemorate the resurrection of Jesus on Easter Sunday, Ntagali noted that Christians today are faced with a number of challenges such as diseases, poverty, drought, unemployment and domestic violence which needs Jesus' intervention.

"Peace has become a rare commodity. People are troubled by so many social, political and economic problems. But don't be afraid - just as the angel rolled the stone away, he will also roll your stone away if you meet Jesus."

Quoting Matthew 28:1, Ntagali said women were the first evangelists, and should continue preaching the gospel of Christ to the world.

"The good news of the resurrection of Jesus Christ was first told by women. That story has continued up to date. As women, you should continue telling that story," he said, drawing applause from the women. 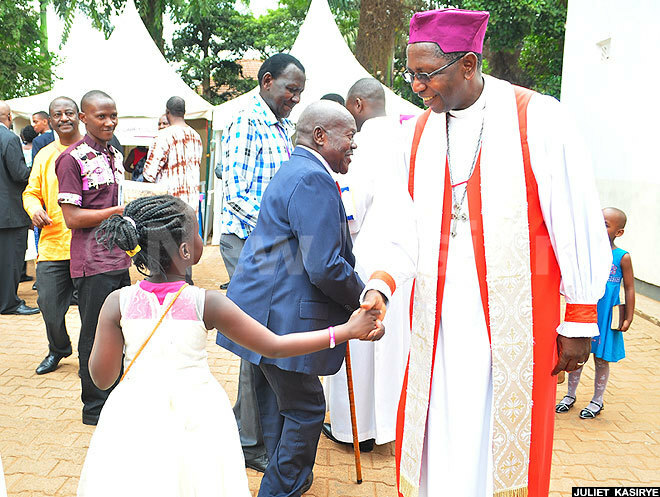 Under the theme ‘Victory of Death', the archbishop said that while the women went looking for Jesus, many people today go to church looking for their own things and have never met Jesus.

"The angel's attention was drawn to the women and he asked them ‘who are you looking for?'. It is funny that today Christians get baptized, pray, go to church but they don't know the person they are looking for and have never met Jesus."

Rev Canon Erisa Grace Sentongo who led the intercession and Rev. Canon Geoffrey Byarugaba who led the service thanked God for the lives of the Christians and prayed for their security.

The two reminded the Christians that without resurrection, there would be no hope and future.

The service was characterized by praises and worship songs led by the Anglican Flames Choir, whose last song was Todd Dulaney's popular song ‘Victory Belongs to Jesus'.