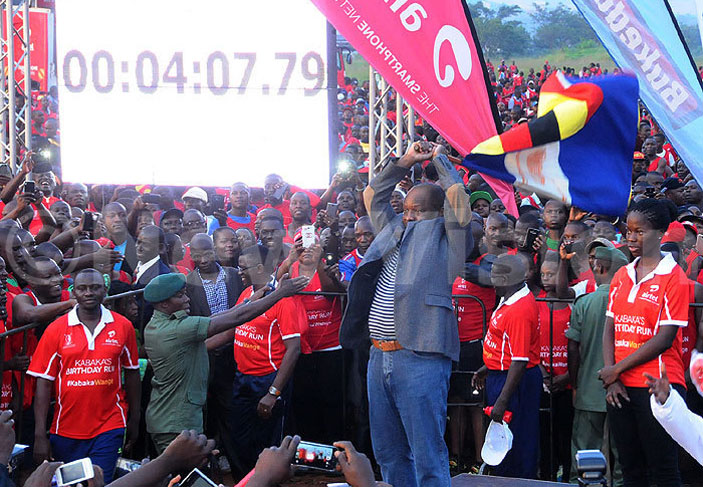 On Sunday, hundreds of Ugandans will be taking part in Kabaka's birthday run. The proceeds from the event will go into fighting sickle cell in Uganda. But do you know how that Buganda has battled sickle cell in the last three centuries? John Semakula takes you through Buganda's unending battle with the Sickle cell disease.

The history of sickle cell disease in Buganda Kingdom dates back to the period of King Ssemakokiro's reign (1797-1814). During a power conflict which brought Ssemakokiro to the throne, his brother Jjunju was killed by one Kisonso Mpagwa, who misinterpreted his order meant to save Jjunju from death.

What followed was Ssemakokiro's royal rage culminating in a carnage which saw the offending Kikonso Mpagwa; another commander Kangawo Bunnya and a lady, Ndwaddeewazibwa plus several Nsenene clan members executed by drowning in Nalubaale (Lake Victoria) at Mutungo.

The execution of the suspects forced other hunted and haunted people to flee on foot to present day Nyaruguru in Ankole region. But the above pitiful event did not go well with many people at the time, among them a notorious witch doctor Ssekirembwe who practiced in a huge fearful shrine at Kigo Mutungo.

Folklore has it that this witch placed a curse on one of Ssemakokiro's beloved wife, who was then pregnant that the baby in her tummy would be plagued with a strange disease that would never allow the mother a moment of peace! The curse came to pass when her third born developed a strange emaciating disease.

As would be expected, all nature of healers and medicines were sought after but to no avail. It's around this time of most frantic search that the name of Ssebiganda, a naturalized Muganda of Minziiro, Buddu who had earned himself a name in healing complicated diseases was sourced by Ssemakokiro's new Pookino one, Luwarira ow'Endiga.

The healer, Ssebigando first identified the symptoms of the disease as: chronic fevers, thirst, "self-eating bones, and early demise" before he attempted to treat the symptoms with a number of tree leaves and barks.

The trees that were used included Jirikiti, Musizi (Maesopisis) and juice made from the leaves of a plant called Kkajjolyanjonvu.

As he struggled to treat the disease, Ssebigando named the condition "Kagenge" in 1803, possibly because his patients presented with chronic wounds which were very hard to treat.

The name was in use for a while, until some trainees of the master of herbalists notably: Kawemukiro, and Bassajja Kibabu hailing from Makulbita, Bulemeezi county, renamed the sickle cell condition: Nnalubiri for the conditions: 1.The patient was always presented with emaciated body, weak borne structure, they looked stunted, and seemed always to feel cold, even at the height of the sun.
The new name seemed to them "more polite" than Kagenge which stigmatised the afflicted by almost equating it to "bigenge" (leprosy) which was considered a pariah disease.

The name has not of recent been widely in use pointing to the rather scandalous divide or gap between modern Europe medical practice and the age old tradition medical protocol.

Thus multitudes of people in our population can't properly conceptualize what disease "sickle cell condition" is.

When the Arabs came face to face with the plague disease, in areas of Buddu in Uganda, and Bukoba in present day Tanzania, they also made note of a chronic disorder, particularly among children aged 2 to 15 years, which condition was characterized by continuous and long episodes of pain, and frightfully emaciated bodies they called "mwiri kaffir".