The run has fast-become arguably Uganda’s biggest social event if the numbers it attracts is anything to go by.

The run has fast-become arguably Uganda’s biggest social event if the numbers it attracts is anything to go by.

It is only four years old but the Kabaka Birthday Run is already setting records.

The run has fast-become arguably Uganda's biggest social event if the numbers it attracts is anything to go by.

Vision Group's Chief Executive Officer Robert Kabushenga, who heads the run's organising committee, attributed this year's record
participation to a successful drive that was engineered over just a week. 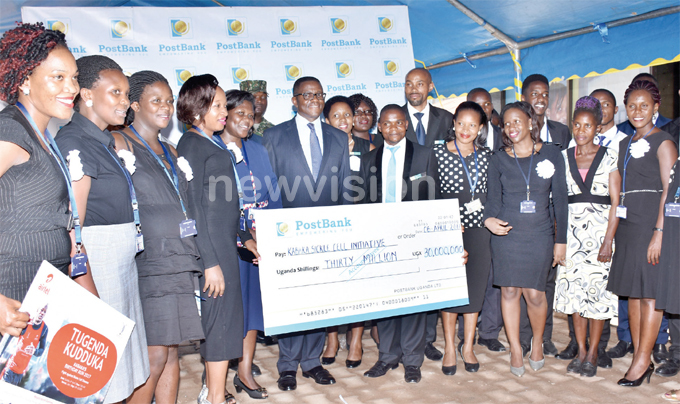 "We have sold out all the kit. The drive has been successful," Kabushenga announced.

"This shows how much interest is in the run. We thank all those who will be participating in the run this Sunday," he added.

Back then, Kabushenga attributed the fast growing numbers to Vision Group's mobilisation of the public.

"We have had a serious awareness campaign on all our platforms. But even more important, we are also associated with good causes.

"The public is confident that whatever it gives us goes to the right cause," Kabushenga stressed.

"It was a three pronged approach. If you missed out on television, there was radio and the newspapers. You simply couldn't miss out on all,"
Ssekabembe stated then.

Good job in Mengo Ssekabembe also pointed out then that the growing numbers were a sign of confidence in the Mengo leadership.

Organisation of the event has also improved over the last editions.

The run's sponsors Event Warehouse, Rwenzori, Airtel Uganda and PostBank and Bukedde have been comended for a wonderful job.

The success of the run has also been attributed to the growing running culture in the country.

Mayiga speaks out Meanwhile, the Katikiro of Buganda Charles Peter Mayiga has urged financial institutions to emulate PostBank
by supporting the underprivileged.

Mayiga made the appeal before receiving sh30m sponsorship from PostBank.

"So many banks care for only the rich like Twaha Kawaasi (Second deputy Katikiro) and Mohammad Thoban (Minister for Trade and Cooperatives) who are not many but thanks to PostBank who are to support the poor and Kabaka's cause to fight sickle cell," Mayiga stated.

"The leading outcry in this country is poor health service in hospitals and PostBank supporting this cause is enough for me to say thank you," Mayiga added.

PostBank managing director Stephen Mukweli thanked the Kabaka for having such brilliant ideas that benefit the poor and promised continued
support next year.

Tickets for the run go for sh10, 000 and can be got at Vision Group offices, Airtel Wampewo, PostBank branches in Ndeeba, Jinja
Road, Kikuubo and Nkrumah road branches.

Factories are a testimony of NRM development plans - Museveni