A bunch of street thugs can't dislodge me ...
Next Story

Brian Bagyenda appeared in court alongside two of his co-accused

(L-R) Brian Bagyenda, Innocent Bainomugisha and Vincent Rwahwire in the dock during the hearing at Nakawa Chief Magistrate’s Court. Photo by Godiver Asege

Brian Bagyenda appeared in court alongside two of his co-accused

Brian Bagyenda, the prime suspect in the murder of 22-year-old Enid Twijukye, a former student of Ndejje University has so far spent two months on remand at Luzira Prison. 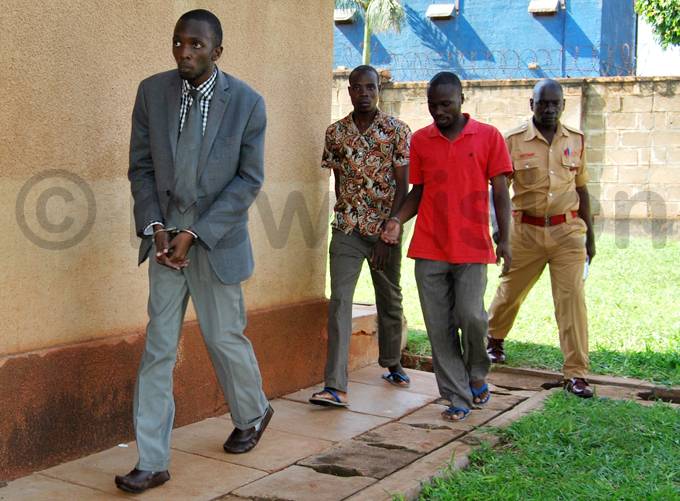 Today, Nakawa Chief Magistrate's court presided over by Grade One Magistrate Margaret Aanyu further remanded Bagyenda to Luzira, where he will spend two more weeks before he is produced in court for mention of his case.

His remand was prompted by State prosecutor, Joyce Anyango, informing court that investigations were incomplete.

"Your worship, investigations into the case are still on going. I therefore pray that you give us another mention of the case," Anyango said.

Bagyenda, 29, a pharmacist and son of ISO boss, Col Frank Bagyenda, appeared in court alongside Vincent Rwahwire, 28, and Innocent Bainomugisha, 24, to answer charges of murder.

On February 1, 2017, the trio was charged with murder under section 188 and 189 of the Penal Code Act. The offence of murder carries a maximum penalty of death upon conviction.

Prosecution alleges that the accused, on January 4, 2017, at Njobe Poad plot 2, Luzira, Nakawa division in Kampala district, with malice aforethought, unlawfully caused the death of Twijukye. 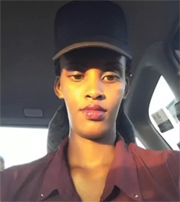 On January 18th, Police arrested Bagyenda and his co-accused after telephone printouts from the mobile phone of the deceased showed that he was the last person to speak to Twijukye before she disappeared mysteriously from her home.

She was murdered and her body dumped in Seeta, Mukono District. Twijukye lived with her sister in Namugongo, Kira Municipality, Wakiso District.

On the eve of the fateful day, she left home and told her sister she was going to visit someone in Bweyogerere. The following day the deceased's phones went off, prompting her mother Esther Mirembe Nkoko to contact her other daughters about her whereabouts.

At the time of death, Twijukye was working at Capital Shoppers in Ntinda and was due for graduation.