In pictures: How golden boy Kiplimo lifted...
Next Story

"I am so grateful for your genuine and kind support after as of now am healthy and ready to move.”

"I am so grateful for your genuine and kind support after as of now am healthy and ready to move.”

PIC: For an onlooker, it became incomprehensible how a man so steely and energetic could go on to implode as Cheptegei did on Sunday

KAMPALA - In a flash, a gold-winning finish he very much had in his grasp suddenly turned into a nightmare wobble towards and across the finishing point.

Joshua Cheptegei's body shut down at the most critical of stages - in a race of his life.

Now three days after his shock implosion in the 2017 IAAF World Cross Country Championships on home soil, the 2014 World Junior Championships 10,000m champion says he is now "healthy" and "ready to move".

On Sunday, the 20-year-old suffered a heartbreaking meltdown in front of a huge home crowd in the Senior men's race of the world event at Kololo in Uganda's capital Kampala.

After leading the pack for most part of the last competitive race of the day, Cheptegei's body gave in, eventually allowing his closest challenger and title-holder Kenya's Geoffrey Kamworor - and 28 others - to hop past him.

A steely Kamworor went on to defend his title.

Cheptegei did labour across the finish line, to help his team to a bronze medal, but he was swiftly whisked away for medical attention amidst concerned looks. 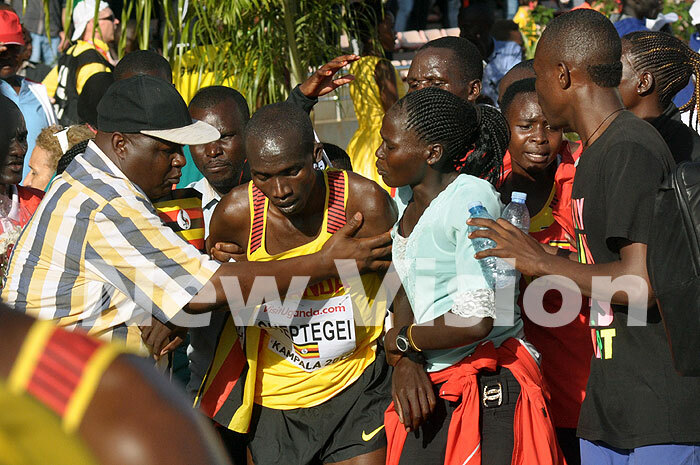 It was a heartbreaking conclusion for the Ugandan medal hopeful

Such was the misfortune that befell a young man keen on helping Uganda to a first ever Senior men's World Cross Country gold medal.

But in the wake of that forgettable episode, and after so many questions over what could have led to his surprising crumble, Cheptegei has thanked his fans for supporting him.

In a message posted on his Twitter page on Wednesday, he said:  "A very good morning to all my fans out there, I am so grateful for your genuine and kind support after as of now am healthy and ready to move." 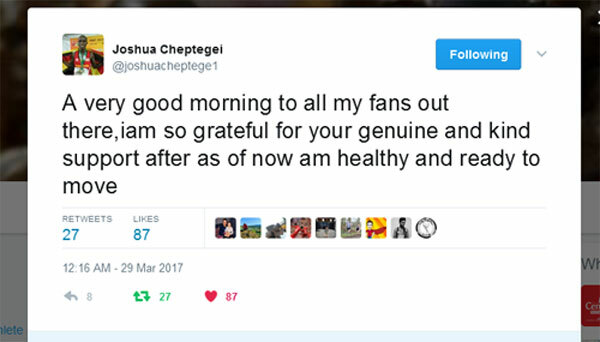 Cheptegei is expected to compete in the IAAF World Championships later this year (August 4-13) in London, UK.

On Sunday, Uganda got a first ever World Cross Country gold through 16-year-old Jacob Kiplimo in the U20 men's race. 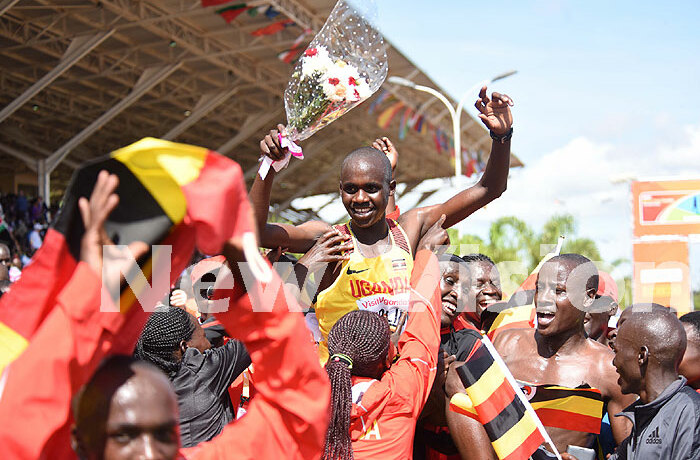 In an event honoured by 59 nations from around the world and dominated by traditional rivals Kenya and Ethiopia, Uganda finished third overall with three medals (one gold and two bronze).

Uganda's eastern neighbours Kenya topped the medal table on 12 (4 gold, 5 silver and 3 bronze) while Ethiopia were second on nine (4 gold, 4 silver and 1 bronze).

It was the first time for Uganda to host the World Cross Country Championships, and it was the fourth time the event was being hosted on the African continent. Morocco (twice), South Africa and Kenya are the other previous hosts.

The next edition will be hosted by Denmark's second-largest city Aarhus in 2019.

Nakaseke district gets sh98m for coronavirus

Over 3,000 people tested for HIV and TB in Tororo