Uganda has started an aggressive and marketing and promotion marketing campaign in order to increase tourist arrival from the current 1.3 million visitors to four million by the year 2020, according to Ephraim Kamuntu, the Minister of Tourism.

Kamuntu said that destination Uganda should be made popular by the agencies, media and the visitors. He said the country referred to as the Pearl of Africa has a lot to offer that remains unexploited.

"We should do everything possible to make our tourism centres very attractive," he said, adding that the press via Social Media, Print Media, electronic media and make tourism the number one story.

This comes hot on the heels of a tourism exhibition in Berlin, Germany. Uganda came fifth among the African countries and Kamuntu said they were aiming an improvement in the coming year.

"This is a big step considering that Uganda was in the 10th in the previous exhibition," he said.

"What does all this mean? We want private sector to employ more people, earn more money, improve accommodation and better skills," said Kamuntu, adding that the country was going into aggressive marketing and promotion. 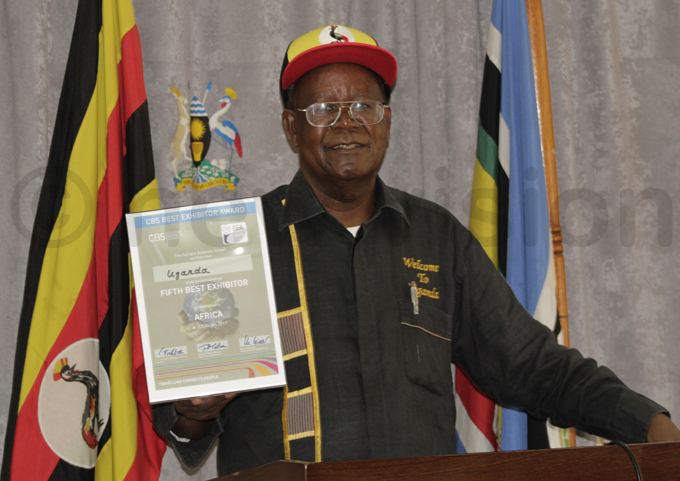 He also pointed out that the tourism sector, which contributes 10% of GDP and has captured to spot as the leading foreign exchange earner is one of the areas where President Yoweri Museveni wants improvement in order to create more employment and earn more revenue.

He was speaking at the Media Centre on Tuesday at a press conference called to give an update on Uganda's tourism progress.