MENU
The monkey threatened by hunger for its meat
Previous Story

Over 400 forest reserves in Uganda encroac...
Next Story 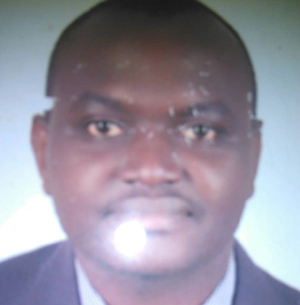 Edward Luyimbazi Kabugo, a Kampala businessman has been found alive and in good health after reportedly being kidnapped by unknown gunmen.

Luyimbazi, who left his home on Monday saying he was going to the barber shop to trim his hair, did not return until yesterday.

He said, on his way home from the barber shop, two people travelling in a Toyota Mark II, whose registration number he does not remember, held him from behind, blindfolded him and then bundled him into the car.

"They grabbed me and put me in the car and later sped off to that side of Ssodya before they dropped me off the road. During that scuffle I got injuries on my face and legs. Basically I was asked several questions about my movements in Kasese," he said.

Luyimbazi added that the unidentified people also asked him whether he had any connections with the royal guards of the Rwenzururu Kingdom. He denied any connections. He said that Joseph Kule, a brother in law to King Wesley Mumbere, was only a business associate and a close family friend.

"I do often visit his family (Kule) that lives right on the outskirts of Kasese town. Probably these people thought I was up to some mischief. I am a peaceloving Ugandan," he said.

Last year, over 46 royal guards were killed in a dispute with the UPDF at Obusinga Bwa Rwenzururu Palace in Kasese District and 139 guards were arrested and detained at Kasese Police Station. They await trial in the various courts around the country.