MENU
We are ready to battle with Kenyans - Dibaba
Previous Story

Free entry at Kololo as police guarantee s...
Next Story

Coe hails the Kampala event for attracting the biggest number of participating countries (59) since 2006.

Coe hails the Kampala event for attracting the biggest number of participating countries (59) since 2006.

KAMPALA - IAAF President Sebastian Coe has said that his first major ambitions to Africa that included hosting a continental championship and holding a golden league have been fulfilled.

Coe, who flew into the country on Friday for Sunday's 2017 IAAF World Cross Country Championship, addressed a press conference on Saturday.

He told both local and foreign journalists that athletics will continue to come up with new innovations like introducing the relay event in the World Cross Country.

He called for young leaders in athletics federations around the world. 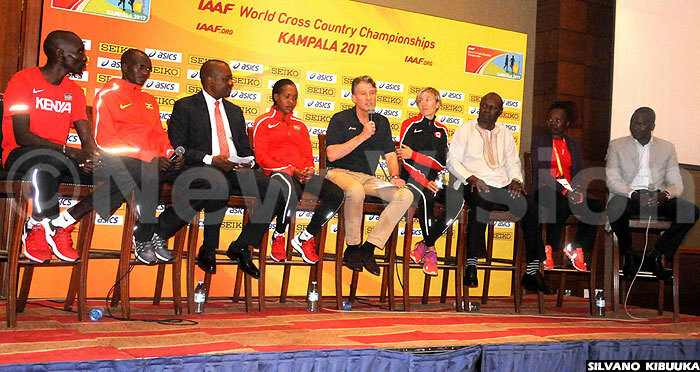 Coe hailed the Kampala event for attracting the biggest number of participating countries (59) since 2006 and thanked Uganda hosting the upcoming one-day event.

He said IAAF is working to ensure that Russian athletes come back into the sport.

On his part, the minister of state for sports Charles Bakkabulindi hailed IAAF for trusting Uganda with the event and said Uganda now has gained experience to host other international events.

Ebonies â€˜Thorns and Rosesâ€™ opens with a bang