Over 200 golfers for Captain's Prize Tourn...
Next Story

In the ladies category, Aggie Konde, Sheila Kesiime and Gloria Mbaguta were the top players in Group A

In the ladies category, Aggie Konde, Sheila Kesiime and Gloria Mbaguta were the top players in Group A

Chinese golfers Kim Jeong and Soon Yeon Hong returned 69 and 70 nett respectively to emerge overall winners of the 15thedition of the Hima Cement Captain's Prize Golf Tournament that ended at Kitante on Saturday. 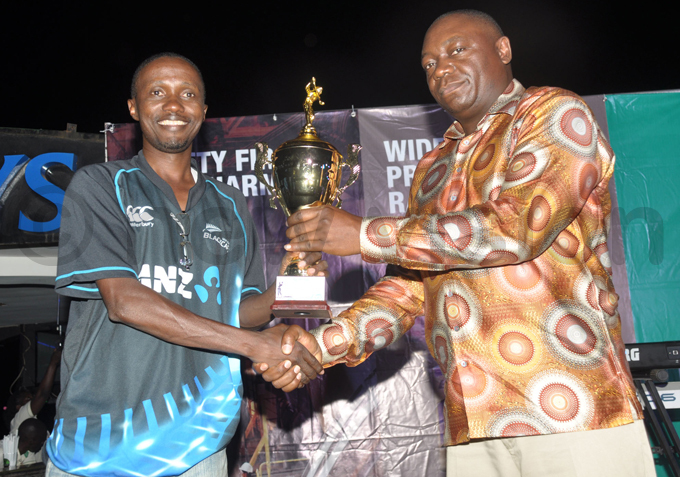 Jeong, playing off handicap 19 topped a strong field of men as Hong also won on the day against established ladies, in the one-day tournament played in the honour of club Captain Anthony Kerali who is completing his first year at the helm.

The gross category prize went to Joseph Mawejje whose five-over-par 77 was enough in beating John Basabose to the top prize by 3 strokes. 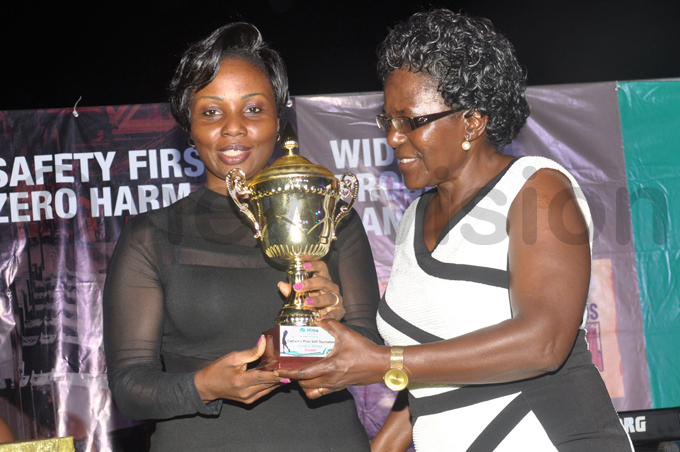 Agnes Konde (L) receives her prize from the Minister of Works and Transport, Monica Ntege. Photo by Michael Nsubuga

In the ladies category, Aggie Konde, Sheila Kesiime and Gloria Mbaguta were the top players in Group A while Caroline Namutebi, Regina Ddamulira and Jackleine Nyakaisiki were the better players on the day in Group B.

Hima Cement Finance Director Alain Dibadjou and Minister of Works and Transport Monica Ntege presided over the prize ceremony where winners walked away with trophies and goodies.

I am rhesus-negative. How can I protect my unborn child?