MENU
Hayatou dethroned after 29 years at the helm
Previous Story

Cameroon's Issa Hayatou remains the favourite after 29 years in office.

Cameroon's Issa Hayatou remains the favourite after 29 years in office.

Issa Hayatou (pictured), the last of the old generation leaders in world football, faces a rare challenge Thursday as he seeks an eighth term as head of the Confederation of African Football.

The leaders of football federations across the continent gathered in Addis Ababa to choose who will lead the CAF for the next four years.

Cameroon's Hayatou remains the favourite after 29 years in office, but his challenger Ahmad Ahmad, head of the Madagascar Football Association, has picked up support with his calls for "change".

"As the president of CAF, who today possesses ... unequalled experience and wisdom, I urge you, whatever may be your decision, to choose unity," the 70-year-old Hayatou told the opening of the general assembly.

Many African federations have refused to say who they will back in the election.

"Issa has never faced a challenge like this and he has had to call in some favours," one CAF executive member said ahead of the vote.

Hayatou has headed CAF since 1988 and is a senior vice president of FIFA. He has been credited with increasing the number of African teams at the World Cup and bringing in extra finance for the continent's competitions.

In his opening speech Hayatou said that after the FIFA decision to enlarge the number of World Cup slots from 32 to 48 nations, he would lobby for 10 places for African nations.

He also called for the African Nations Cup to be maintained at the beginning of the year, when the climate is cooler, amid calls for it to be rescheduled to accomodate European clubs who don't want to lose their African players during their season. 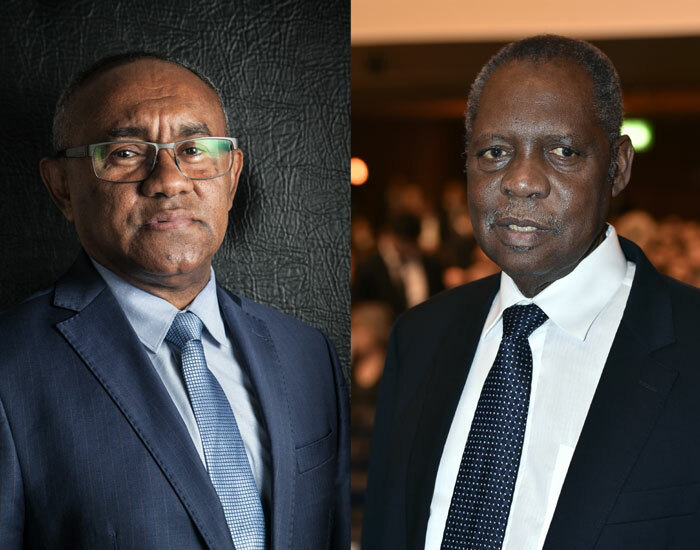 Hayatou's reign at the head of CAF has not been without controversy.

He was accused by Britain's The Sunday Times of receiving $1.5 million to vote for Qatar when it was awarded the 2022 World Cup seven years ago.

In 2011, Hayatou was reprimanded by the International Olympic Committee over money he received from the scandal-tainted sports marketing company ISL in 1995.

He has always insisted the money went to CAF and has always strongly denied any wrongdoing.

On the eve of the vote, it was announced that Hayatou and CAF secretary-general Hicham El-Amrani could face criminal charges in Egypt over deals secured for African football marketing and media rights between 2008 and 2028.

Ahmad, 57, has also been implicated in the 2022 World Cup bribe-taking. The Sunday Times said he received between $30,000 and $100,000 for his vote. The Madagascar soccer chief has called the allegations unfounded.

"If people want change there is no other choice. Only I can dare (to challenge Hayatou)," Ahmad told AFP during a recent interview at the Malagasy Football Federation offices in Antananarivo.

"My programme is the reform of the administration of CAF to avoid the involvement of politics in the organisation," he added.

Ahmad is already a member of the CAF executive and he has been promised the support of the 14 member Council of Southern African Football Associations (COSAFA).

In a sign of the furious lobbying going on, the influential vote of Nigeria, Africa's most populous nation and a football powerhouse, appeared in doubt. Nigerian Football Federation president Amaju Pinnick had wanted to vote for Ahmad, but the government has called for a vote for Hayatou.

The 12-member Council of East and Central Africa Football Associations (CECAFA) adopted a resolution in February to back Hayatou, but an Egyptian official told AFP that "a small coalition" including Morocco, South Africa, Zimbabwe and Egypt will support Ahmad.

Ministry of Water and Environment, Water and Sanitation Development Facility