Mengo Hospital seeks sh300m for accident a...
Next Story

Who are the new UNRA board members?

The entire board was sacked following investigations into alleged corruption

Fred Jachan Omach is the new board chairman.

The entire board was sacked following investigations into alleged corruption

A new board of directors was inaugurated on Tuesday to oversee the operations of the Uganda National Roads Authority (UNRA), the agency responsible for Uganda's road network.

Former state minister for finance (General Duties), Jachan Omach was sworn in as the new chairperson of a seven-member board.

The new board comes at the dawn of a recent restructuring exercise that saw many UNRA staff and an entire board sacked following investigations into alleged corruption.

At the inauguration of the new board yesterday, Kagina promised a corruption-free institution which is capable of detecting fraud

"We want UNRA to be divorced from corruption so that the two are not mentioned in the same sentence," she stated.

Although UNRA holds about 20% of Uganda's $25b national budget and 80% of the works ministry's budget, Kagina listed inadequate funding as one of the institution's core concerns.

UNRA was created by an Act of Parliament in 2006 to develop and maintain the national roads network, advise the government on general roads policy and help address national transport concerns.

He holds a Bachelor of Arts degree in economics and social administration from Makerere University, in addition to numerous qualifications. He has previously served as state minister for finance planning, member of the Pan African parliament and MP for Jonam County. He was director of the Rural Development Bank and general manager of the defunct Uganda Commercial Bank (UCB). 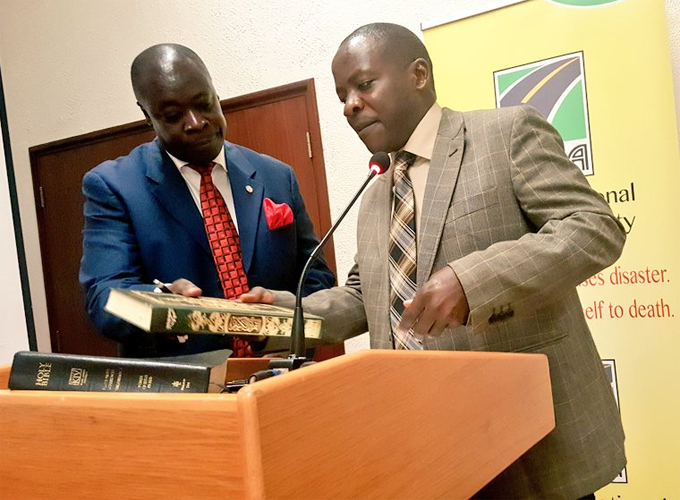 He is a member of the Uganda Institution of Professional Engineers. He is an associate professor and dean, School of Engineering, Design, Art and Technology at Makerere University. He represents professional engineers as UNRA board member. 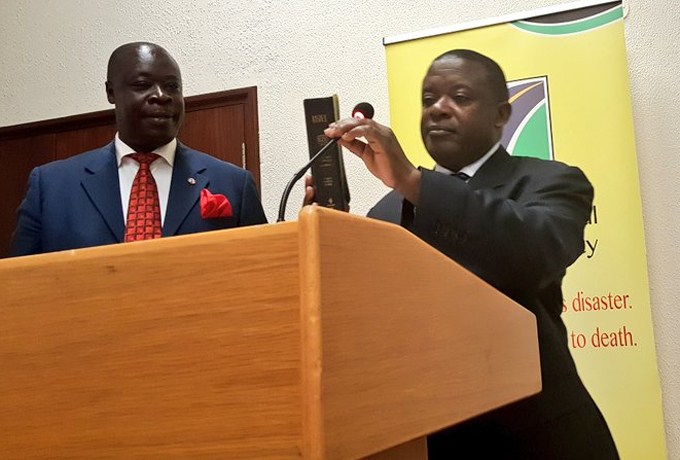 He is responsible for the supervision of the department of standards and quality management, roads, bridges, public structures and mechanical services. He is the project manager for all infrastructure improvement contracts at the ministry and provides technical advisory services to several government departments. He represents the ministry of works at the UNRA board. 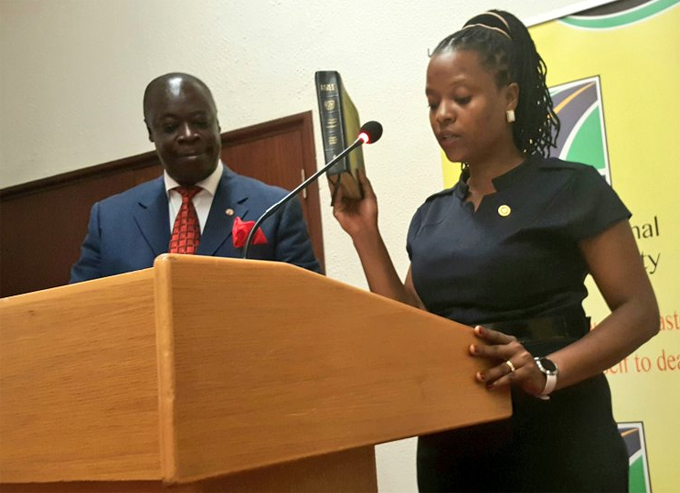 She has worked with Stanbic Bank Uganda as manager procurement and currently works with Huawei Technologies. She has previously worked as procurement and principal procurement officer at Centenary Bank. She joins UNRA board representing the private sector.

He holds a doctorate in economics with vast experience in public sector economics. He is the executive director of the National Planning Authority (NPA). He led the development of Uganda's National Development Plan (NDP) and has got exposure in public sector management, from revenue mobilization and fiscal and monetary strategies. He joins the UNRA board as a representative of the planning authority.

He is the commissioner for infrastructure and social services, board member of the Cotton Development Organisation and the Standard Gauge Railway project. He is also a member of the Busitema University Council and chairperson of the project Technical Committee of the Albertine Region for Sustainable Development. 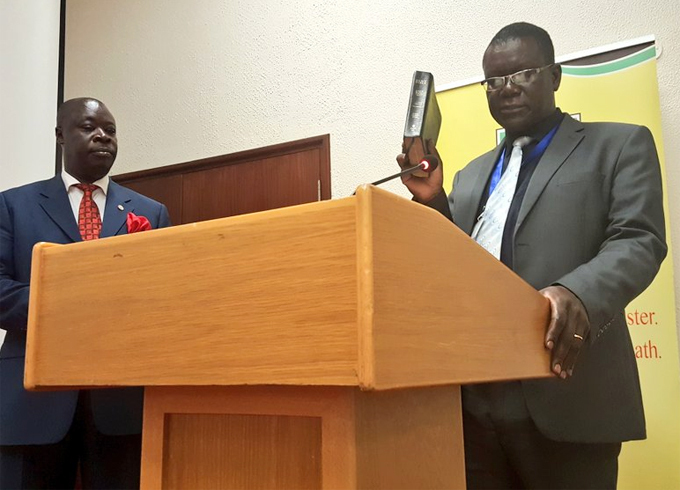 He is a member of the project steering committee of Isimba and Karuma Hydropower stations and a member of the Crude Oil Export Pipeline project development team. He represents ministry of finance to the board.

She is the executive director of UNRA and joins the board as an ex-officio member.