World Cross Country: Did you know?

Did you know that Uganda’s first medal was a team bronze in the men’s juniors in 2000?

Did you know that Uganda’s first medal was a team bronze in the men’s juniors in 2000? 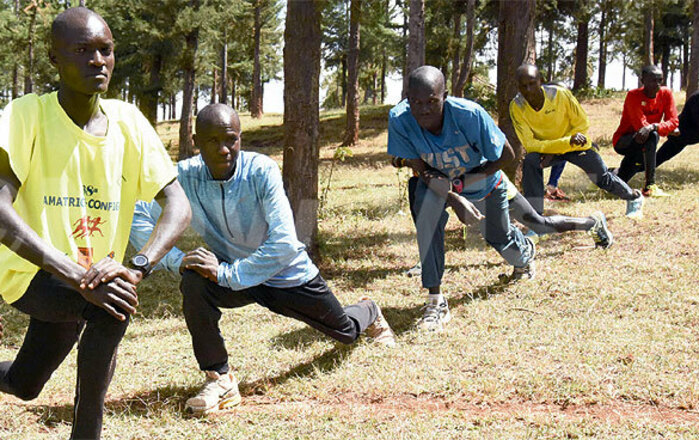 Uganda is hosting the 2017 IAAF World Cross Country Championships on March 26. Here is some bit of information about this tournmanent that you could chew on in our 'Did you know' compilation.

- Uganda made its inaugural appearance at the World Cross Country in 1996. This was the 24th edition of the then annual competition in Stellenbosch, South Africa.

- Godfrey Nyombi in 102 position was Uganda's best performer followed by Alex Malinga at 113. Ronald Mujuni was third at 131. Next was Clement Omagoro at 157, Ben Chesang 177, Milton Andabati 193 and Boaz Matsiko 200.

- Uganda's second appearance was in the Italian city of Turin at the Parco del Valentino in 1997. Uganda that time featured in the junior men's race.

- Uganda's best performance has been silver. Moses Kipsiro finished second in 2009 in Jordan Amman in the senior men's race. Uganda's Boniface Kiprop also won silver as a junior in 2003 and 2004. Thomas Ayeko was also a silver medalist in the juniors category in 2011.

- Between 2000 and 2004 Uganda won four consecutive bronze medals in the junior men's event. Uganda has won a total of eight team bronze in this category.

- Uganda's best female performance has been team bronze. This was by the juniors in 2010 and seniors in 2015 in Guiyang, China.

- In an incredible show of dominance, the senior men's team race has been won by Ethiopia or Kenya every year since 1981 in both the short and long races. These nations have enjoyed a similar stranglehold on the junior men's races since 1982.