MENU
When I am buried, Uganda should continue to rise - Nkangi
Previous Story

Court also ordered him to pay the compensation within 30 days or serve one year in jail. He was charged with assault resulting in bodily harm

Court also ordered him to pay the compensation within 30 days or serve one year in jail. He was charged with assault resulting in bodily harm

Journalists seated in court before the judgement was made. Photos by Tony Rujuta

The Buganda Road Court has ordered the former Old Kampala district Police commander, Joram Mwesigye, to pay sh5m in compensation for assaulting a local TV journalist Andrew Lwanga. Court also ordered him to pay a fine of sh1m within 30 days or serve one year in jail. He was charged with assault resulting in bodily harm. 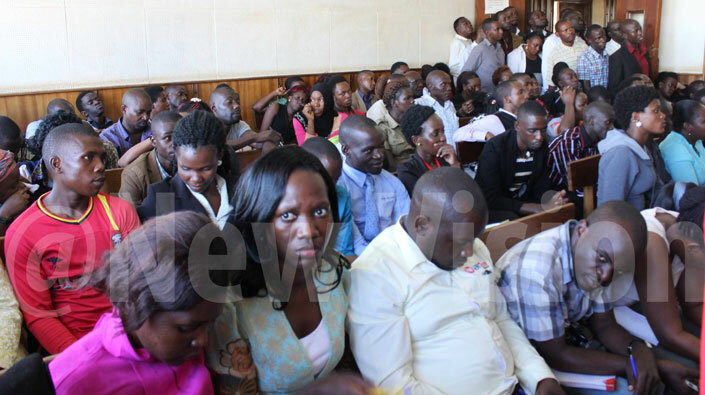 Many people turned up at court

The court presided over by Gladys Kamasanyu on Friday heard that Lwanga was covering a protest march against unemployment in Kampala on January 21, 2015, when Mwesigye repeatedly hit him with a baton on his shoulders and head until he fell down. As he was falling down, the officer reportedly kicked him on his back, damaging his spine. 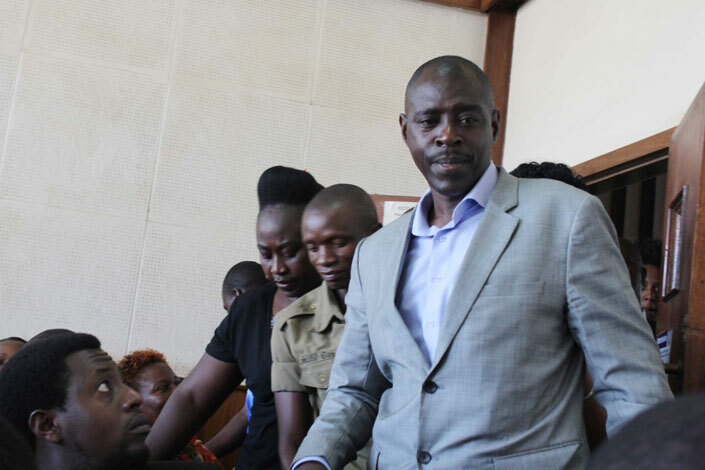 ...And Mwesigye arrives, escoted by a police officer

Lwanga has undergone surgery in South Africa to repair his spinal cord, and is awaiting a second operation. 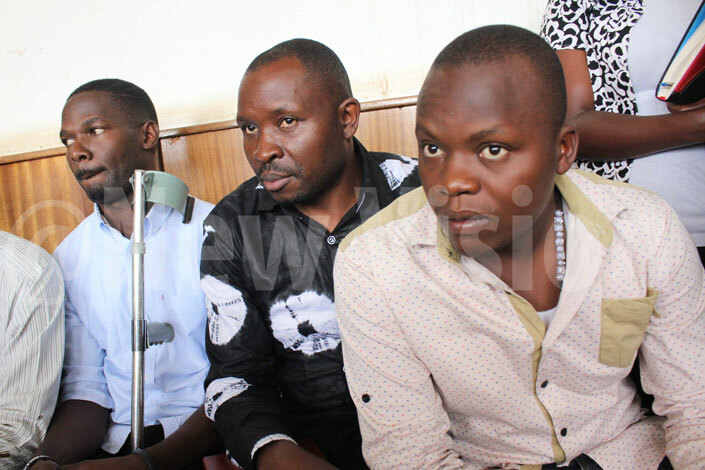 In response to the court ruling, Abdullahi Halakhe, Amnesty International's East Africa Researcher, said: "Today's ruling is a rare victory for freedom of the press in Uganda. It sends a clear message that attacks on journalists must never be accepted or tolerated under any circumstances. 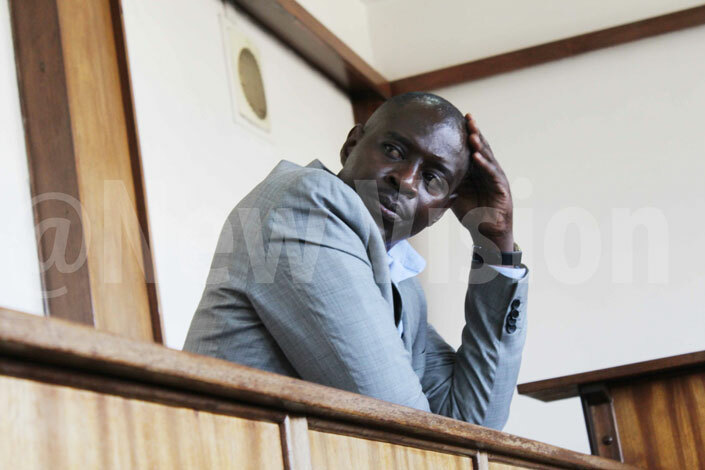 Time to reflect: Mwesigye ponders as he waits for judgement

He also said: "Press freedom has become increasingly restricted in Uganda with numerous attacks on media outlets seen as critical of the government in the past year. Today's court decision offers a chink of light and demonstrates that the judiciary is prepared to defend freedom of expression." 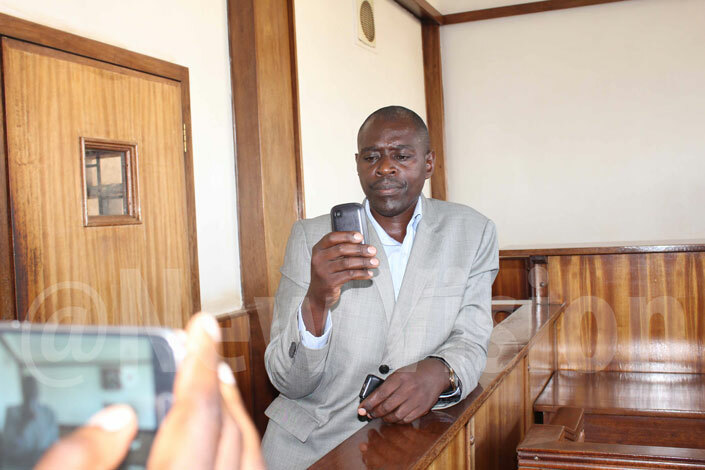 Calling for rescue? Mwesigye tries to make a call after the judgement was read

Church House handed over to Ntagali