PIC: Two of the three suspects display some of the confiscated immature fish. (Credit: Dismus Buregyeya)

The force assigned by President Yoweri Museveni deployed in Masaka after reports indicated that the district is a hub of illegal fishing transactions.

The suspects were handed over to Masaka Chief Magistrate Samuel Munobe and pleaded guilty to the charges on March 8. 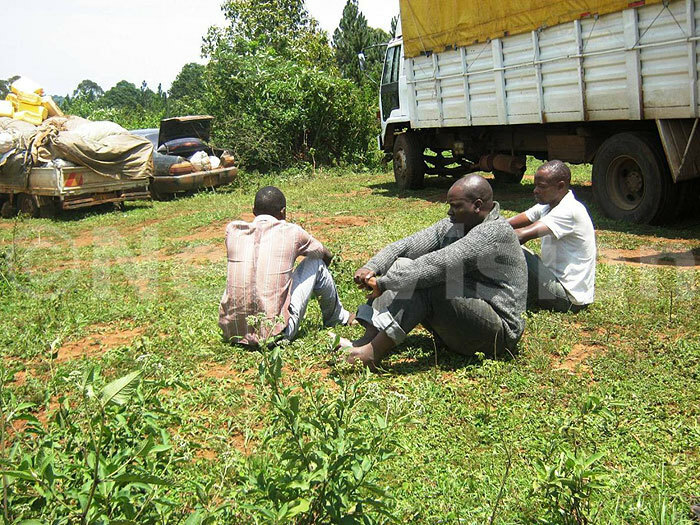 Ronald Ssemufumba, Richard Buwembo and Rashid Kasse were sentenced to a 25-day jail term and a fine of sh800,000 each.

Magistrate Munobe ordered that the impounded fish be destroyed before the general public and the Justice, Law and Order Sector stakeholders.

Court heard that trio were found transporting illegal and immature fish at Misonzi and Bufumira in Kalangala district and Mpondwe near the DR Congo border without fish movement permits.

They were charged under private prosecution. 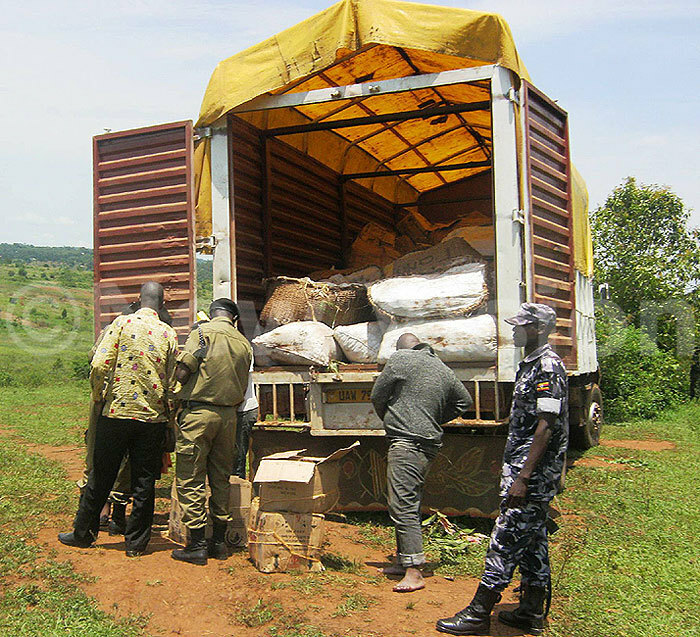 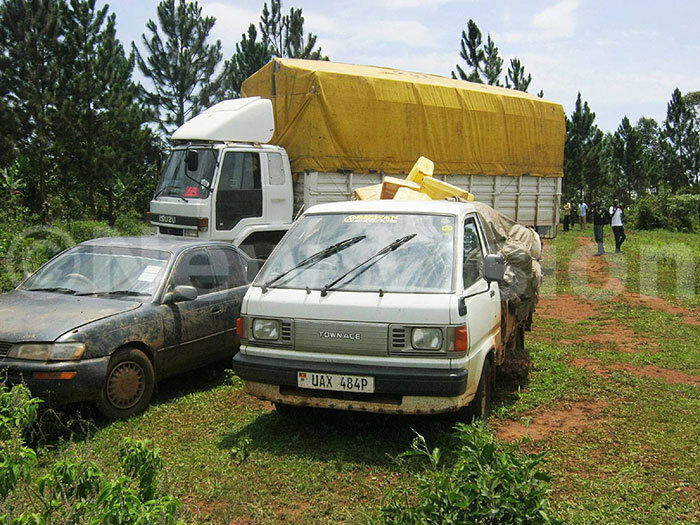 While passing judgment, Munobe said court was aware that the authorities behind the impounded fish are still at large.

He expressed concern over the depletion of fish in Lake Victoria, saying the culprits are doing a disservice to the future generation and the nation at large.

"Dealing in immature fish is fatal to the natural resource. I am aware that the ‘big fish' behind these transactions are still at large but they should know that their days are numbered."

Munobe said there is need for investigations into the final destination of the intercepted fish.

"If you closely look at the impounded immature fish, you find they are so bad and you can't imagine that someone can eat them."

Meanwhile, the Marine assistant operations commander, Capt Isaac Lwema said other stakeholders including the district fisheries officers and police are not cooperative in the fight against illegal fishing transactions, urging collective effort for the campaign to succeed.