Ugandans in diaspora back World Cross Coun...
Next Story

"He is not only a good athlete but also a good leader," noted coach Benjamin Longiros of the 2014 world junior 10000 meter champion. 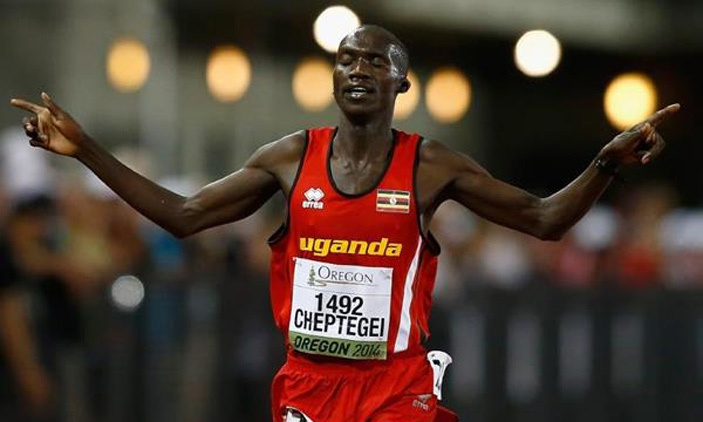 Cheptegei will shoulder the unenviable task of leading Uganda to its first gold medal at the event.

Cheptegei, who is enjoying superb form, believes gold is an achievable target.

"We are set for the Ethiopians and Kenyans. We shall also have good home support," he stated after a recent training session.
In an incredible show of dominance, the senior men's team race has been won by Ethiopia or Kenya every year since 1981 in both the short and long races.

These nations have enjoyed a similar strangle-hold on the junior men's races since 1982.

In the senior men's 12 km race, Kenya won the world championships for an astounding 18 years in a row, from 1986 through 2003, a record of unequaled international success.

Likewise on the women's side, only one other nation has won the long team race since 1991: Portugal, in 1994. These African nations were not quite so dominant in the short races, but they have won every women's junior race since its introduction in 1989.

Cover up your rounded belly with a shift dress

Cover up your rounded belly with a shift dress