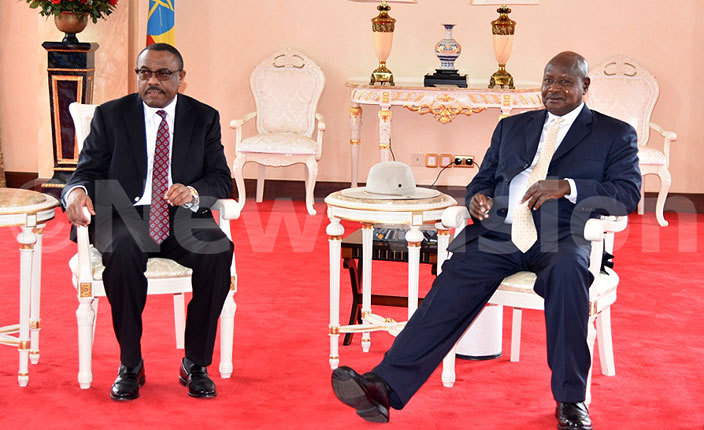 President Museveni has called for a summit to end the fight for the Nile waters. We give you the background to this Nile war, which countries are involved and Museveni's suggestions to end it.

Former permanent secretary Kabagambe-Kaliisa prefers a medal to sh100m, while Kampala chief executive Jennifer Musisi says she regrets taking up the KCCA job. Get more interesting questions from the oil probe team and answers from Kaliisa, UNRA boss Allen Kagina and Jennifer Musisi on their role in the golden handshake saga.

Immigration officials have raided Sudhir's businesses and arrested several workers. Find out which companies and hotels were raided, how many people were arrested and what has been going on there.

Find out the people challenging FDC's Salaamu Musumba in the Kamuli MP race.

Find out why Libya will not get any penny after pulling out of UTL. Meanwhile, finance ministers sweat before Parliament as more rot is exposed in the management of the telecom company. We have the details.

The KCCA councillors have demanded to see the Nakivubo development documents. This follows the denial by KCCA of ordering the demolition of Nakivubo stadium and the nearby park-yard market. The councillors now wants all developments stopped. Find out why they are worried.

Leaders will no longer have to file huge volumes of papers to declare their wealth. This will now do this online. We have details on how this new and easy system will work.

The Electoral Commission has got funds to conduct the Moroto Woman MP polls.

Parliament has paid tribute to the late Maumbe Mukwana after his body was flown to and from Kampala by chopper. Get the parliamentary eulogies to this great politician and know why he deserves a state funeral.

Find out why most robbers now use machine guns. Also find out where are these killer guns are coming from, how much they are sold and how many have been recovered. We have the Police report on armed robberies across the country.