Dealers in substandard foodstuffs could fa...
Next Story

The Prime Minister of Ethiopia, Hailemariam Desalegn has begun a 3-day state visit to Uganda at the invitation of President Yoweri Museveni. 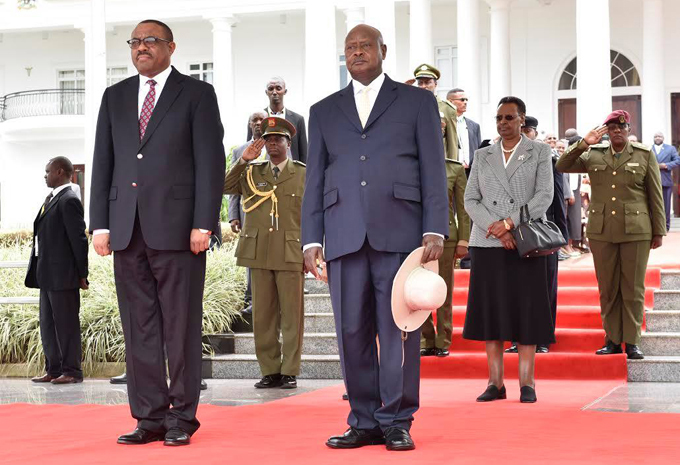 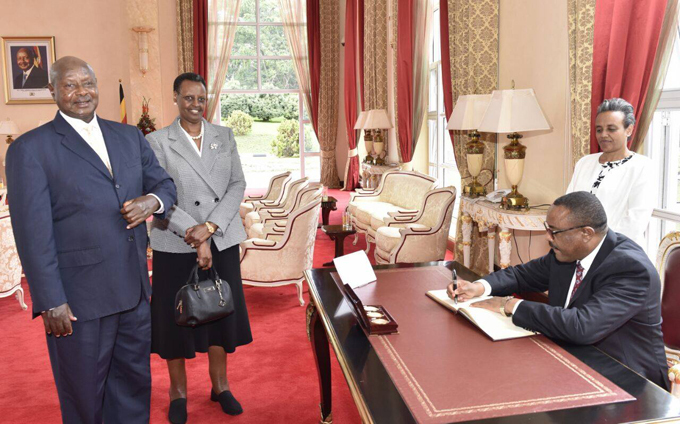 Desalegn, who is accompanied by his wife, Roman Tesfaye Abney arrived in the country earlier today and was this afternoon received at State House, Entebbe by his host President Yoweri Museveni and the First Lady Janet Museveni.

The two leaders held a joint press conference at State House where they agreed to work together in the stabilisation of South Sudan, using the Intergovernmental Authority on Development (IGAD), which is currently chaired by Desalegn. 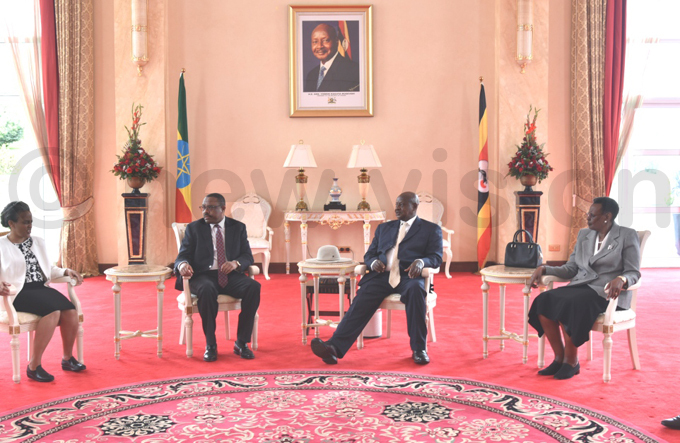 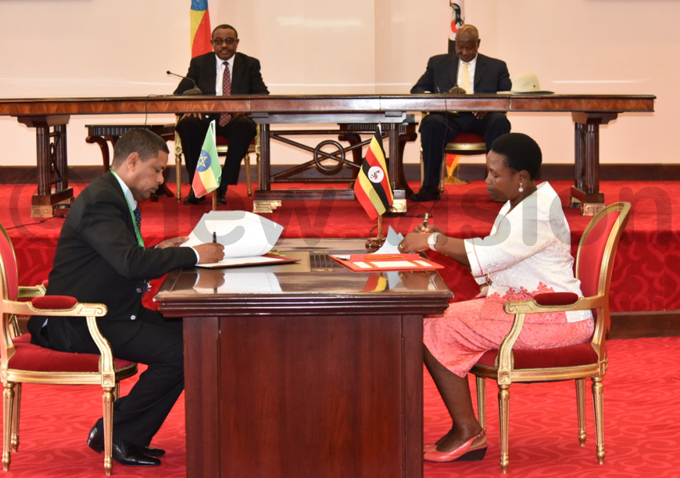 Under IGAD the heads of state were principle actors in the peace efforts in South Sudan of bringing President Salva Kiir work together with his rival, Dr Riek Machar by sharing power before the deal fell apart last year. 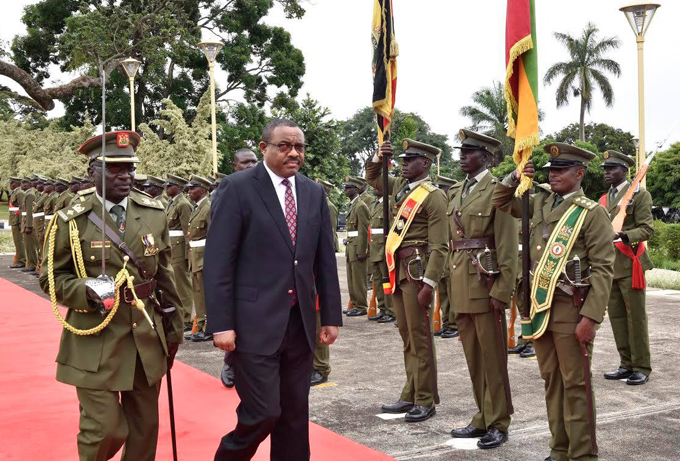 The two heads of state discussed trade and agreed to explore areas in which Uganda and Ethiopia can trade with each other especially now that there is a route (by road) connecting Kenya and Ethiopia at Moyale. They also looked discussed the opportunity of opening a route connecting Uganda to Southern Ethiopia.

Desalegn and Museveni agreed to continue working together to create an enabling environment for Somalia (where both contribute troops) to build state pillars, establish minimum infrastructure and social services. 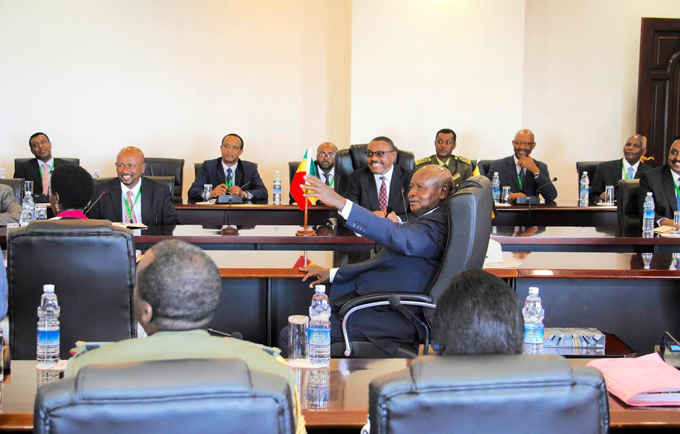 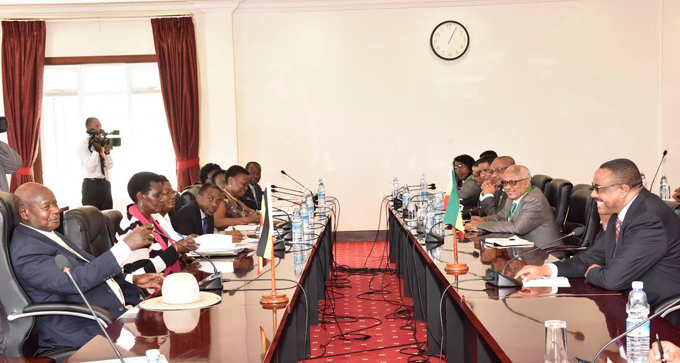 They also discussed matters concerning the use of the Nile and agreed to discuss further regarding its utilisation under the auspices of the Nile Basin Summit.

Desalegn, who has led Ethiopia since 2012, was treated to a red carpet welcome and accorded a 19-gun salute. 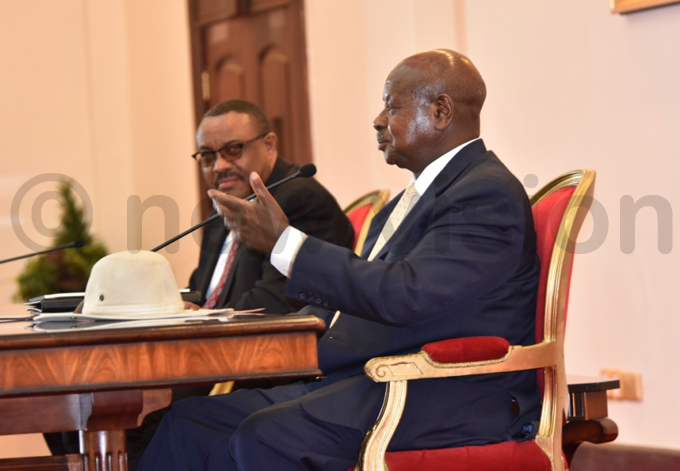 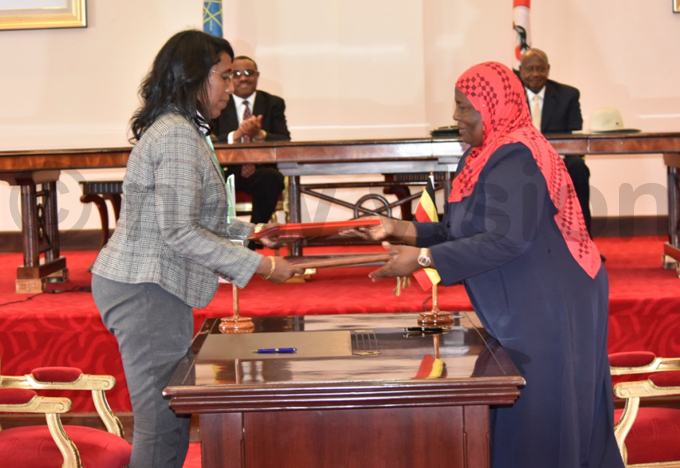 He also inspected a guard of honour mounted by the Uganda People's Defence Forces and also entertained by Ugandan traditional local troupes.

The Prime Minister is accompanied by a high-powered delegation of ministers and high-ranking government officials.

Desalegn will visit President Museveni's farm at Kisozi where he will spend the rest of the day, and will on Saturday tour the CIPLA Quality Chemicals Industry in Luzira before departing the country later in the afternoon.