I am normal, says teen born in a tree
Next Story

A refugee's daily struggle for a scoop of water

The grim reality for a refugee in a settlement is that access to water is a daily struggle.

The grim reality for a refugee in a settlement is that access to water is a daily struggle.

Any survival expert will tell you that a human being can last more than a week without food but cannot live more than three days without water.

And a geologist will tell you that about 71% of the Earth's surface is water-covered. But such abundance of this natural resource on our planet does not guarantee that water will be readily available to every one of us. Besides, it's one thing water being available and it's another it being safe for human consumption.

In many parts of the world, safe water is a rare commodity amid several efforts by nations, international groups and individuals to make this right. But for many people living within the spiral of desperation, anything will go - even a few scoops of contaminated underground water.

While those who have access to cleaner, safer water for daily consumption might take it for granted, their more desperate counterparts undoubtedly understand better the value of a single drop of the natural liquid.

Take, for instance, the refugees living in many of Uganda's refugee camps, especially in northen Uganda. 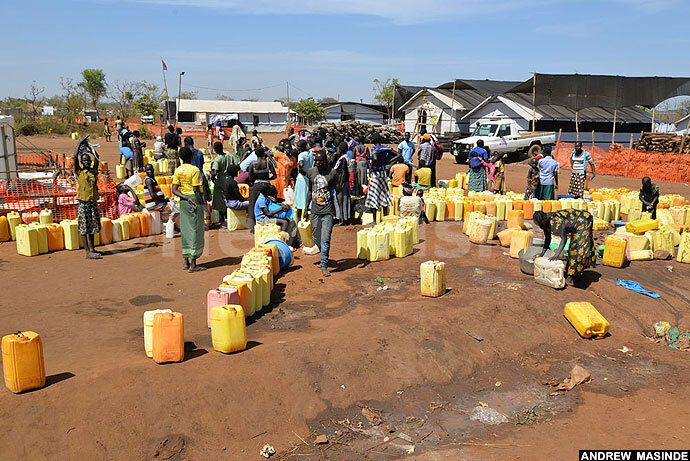 The grim reality for them is that access to water is a daily struggle. A trip to any of the refugee camps opens one up to just how difficult it is to get water inside these settlements.

The camps often do not have the capacity to provide the recommended daily water minimum of 20 liters (a jerrycan) per person. As such, many are forced to look for alternative ways to get water.

In Ayilo Refugee Camp in Adjumani district, women and children have to endure long queues often under the scorching sun if they are to get water at collection points. 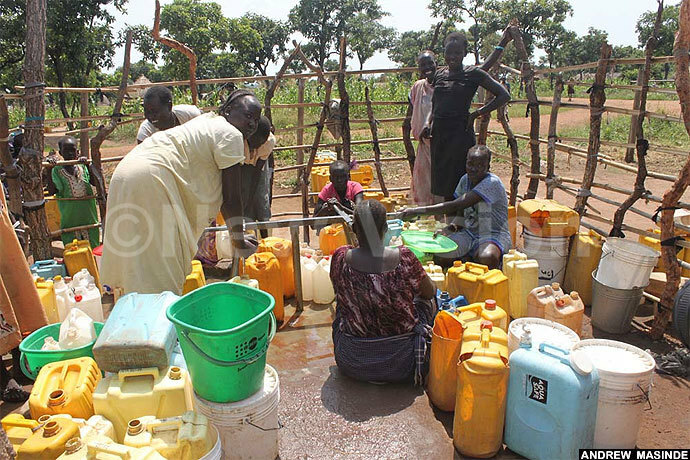 Some say they spend as many as four hours in the line waiting for their turn.

Others that can't stand such degree of endurance resort to collecting dirty water from ponds or roadside trenches. 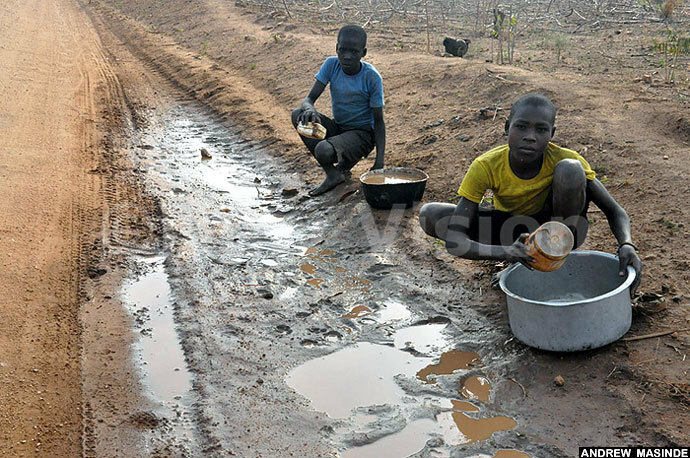 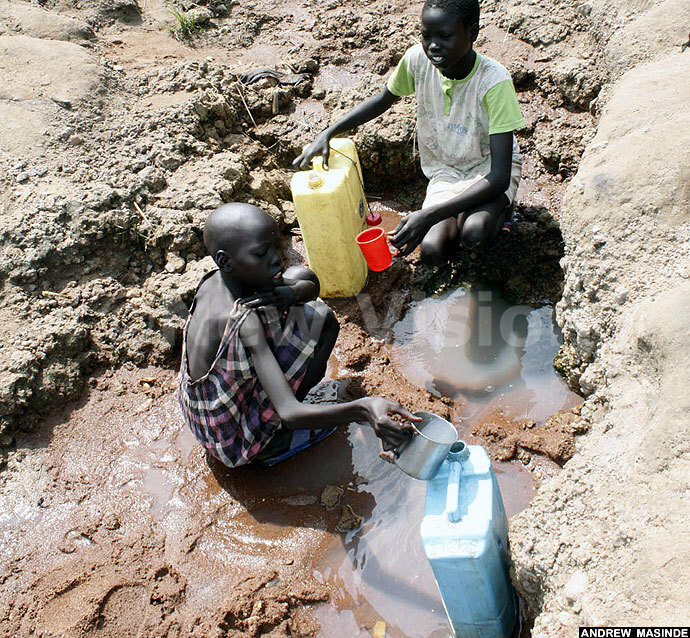 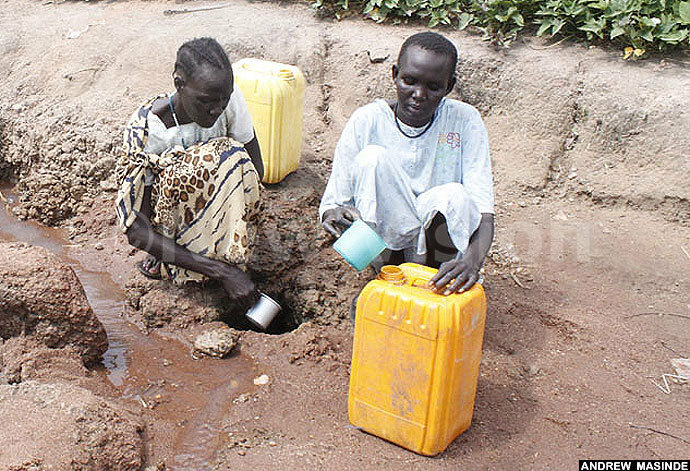 In Bidi Bidi Refugee Camp in Yumbe district, the situation is no different. People spend hours in lines at water collection points to have a share. 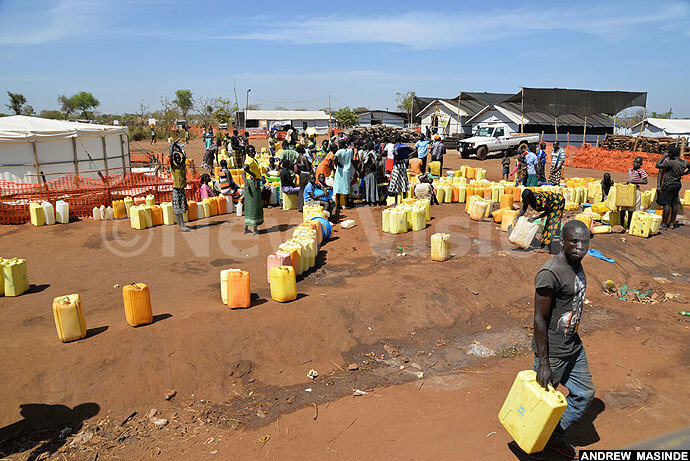 Robert Baryamwesiga, the settlement commandant at Bidi Bidi Settlement, says water is still a challenge in the refugee camps. He says that as an emergency, they had to do water tracking from different areas to the refugee settlements for occupants to access water - which he says is expensive.

"However our plan is to put reliable water sources and one of the sources is River Nile where we shall have a water treatment plant [in Moyo, which borders Yumbe]. We want to pump water in all the camp zones and this needs resources." 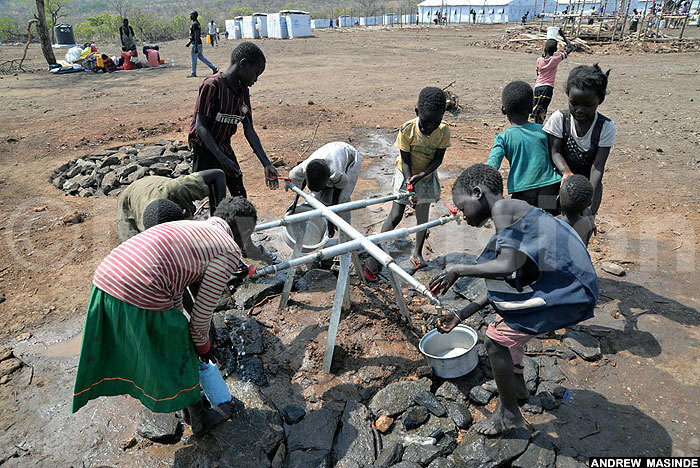 Baryamwesiga says they have discovered some good water potentials in some areas that they are going to motorize. So far, there are 10 motorized water points and more water points are underway if funds allow. 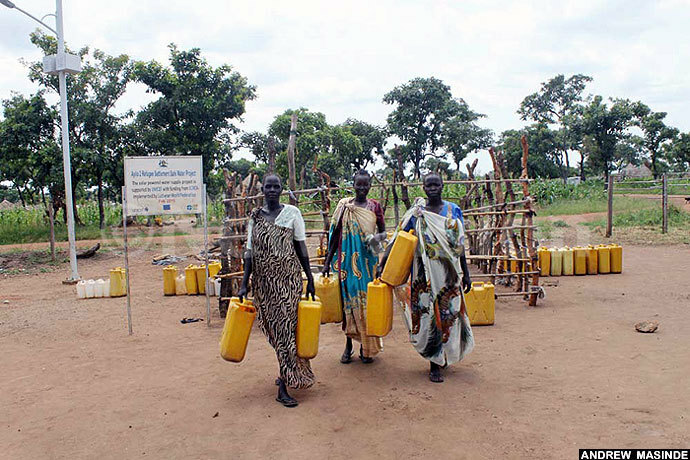 At Ayilo Settlement Camp, the water taps are closed at given points of the day as a control measure, so the women carry their jerrycans and return later when the taps are reopened