Use chess to improve your lives, says Germ...
Next Story

The start of one the girls' races during the Kenya Swimming Federation National Age Groups Open and relays-long course championships ended at the Kasarani Aquatic Center in Nairobi, February 26 2017. PHOTOS: Michael Nsubuga

The Dolphins-Kampala men's team led the way, inspiring their side to a third place finish, as the Kenya Swimming Federation National Age Groups Open and relays-long course championships ended at the Kasarani Aquatic Center in Nairobi on Sunday. The Dolphins swimmers pose with their trophy and medals

Kevin Rugaaju and Arthur Tayebwa finished in 7th and 8th position with a combined 5 points in the same category where another Ugandan Christian Musenze of the Seals managed a point.

It was tough in the 12-13 years category but Dolphins' Ben Kaganda (13pts) managed to finish third overall behind Thomas Tabuka (34pts) of Nyari Primary School and Jono Opande (22pts) of Braeburn-Kisumu. Darren Ssamula was also good for seven points in this category. 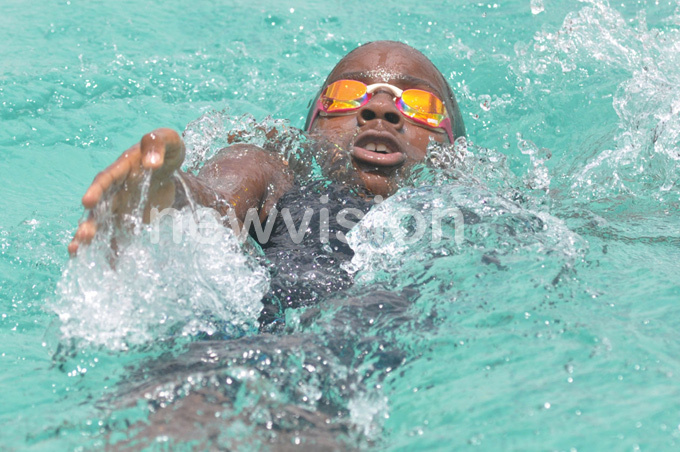 Dolphins' Kirabo Namutebi in action in the 200m IM race

The Dolphins girls' team that normally dominates this meet was short on numbers this time, but Swagia Mubiru in the 10-11 and Kirabo Namutebi in the 12-13 categories, put up impressive displays collecting 24 and 34 points respectively to finish second overall in both categories behind Gakenia Mwige of Mombasa Aquatics and Sanford Natalie of Mis Pirahnas) respectively.

"My aim is to win the USPA swimmer of the year again. If I can win it for three consecutive years, that will be fine; I will then feel like ready to compete at the World Championship," Namutebi said.

For Mayanja who won 11 medals, it is all about continuous improvement. "I want to continue improving my times in all strokes and I know I will win more because I'm working hard," Mayanja stated.

Coach Muzafar Muwanguzi was also impressed with the standard of his swimmers at the annual championship that attracted 27 clubs. "The event was okay despite some of our swimmers not being able to travel because of other commitments; but the quality of swimming and times made were more meaningful compared to past years, there was an improvement across," Muwanguzi noted.

Bus-Car made the Dolphins swimmers and officials comfortable throughout the 12-hour road journey to and from Nairobi. 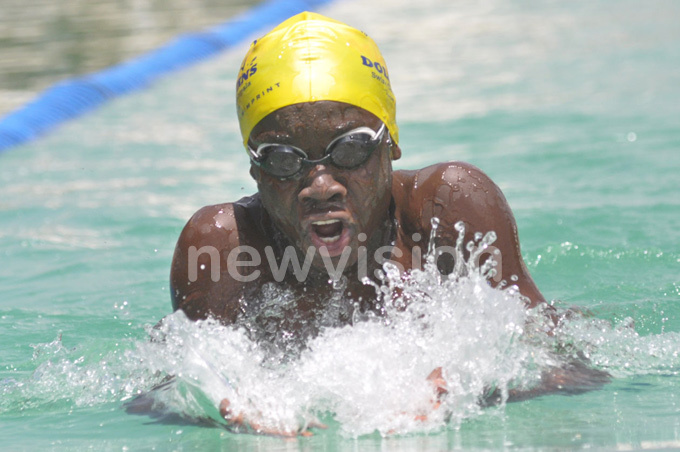 Dolphins' Samora Byansi in action in the 100m breaststroke race

Adventure with the Nakasongola rhinos