President Yoweri Museveni has paid tribute to the Pakistan consul in Uganda and Kampala businessman, Bonney Katatumba who died of colon cancer at International Hospital Kampala on Thursday. 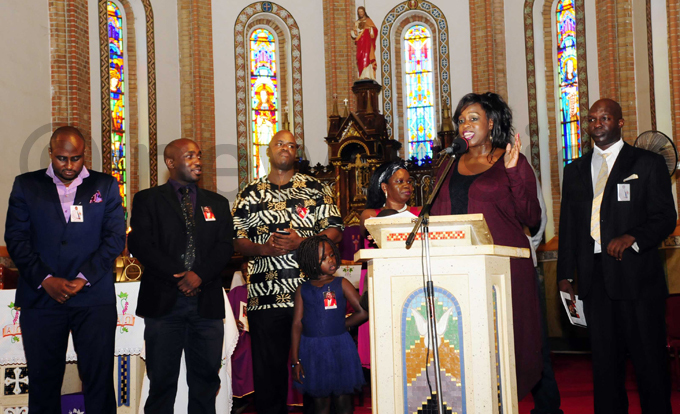 Musician Angella Katatumba speaks on behalf of her siblings during the requiem service for her late father at Rubaga Cathedral. Photo by Eddie Ssejjoba

The Prime Minister, Dr. Ruhakana Rugunda, who studied with Katatumba at Makerere University from 1969 represented the President during requiem mass at Rubaga Cathedral and later delivered the President's contribution for the burial expenses.

Dr. Rugunda described Katatumba as a true entrepreneur who bought a car while still at university and later went ahead to start a score of businesses including Katatumba Suites in Mbarara, which he said was the first Ugandan hotel to be broadcast on CNN.

He said Katatumba Academy, which Katatumba started in Mbarara attracted high profile students from East African countries, and the high quality facilities in the school showed that the proprietor had a good taste for high standards. 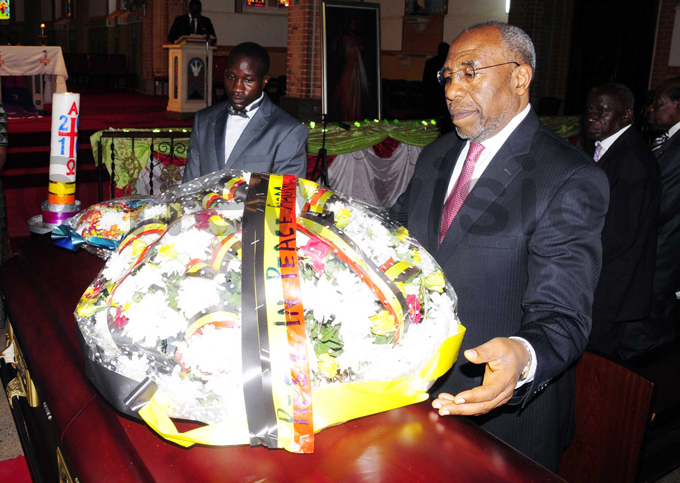 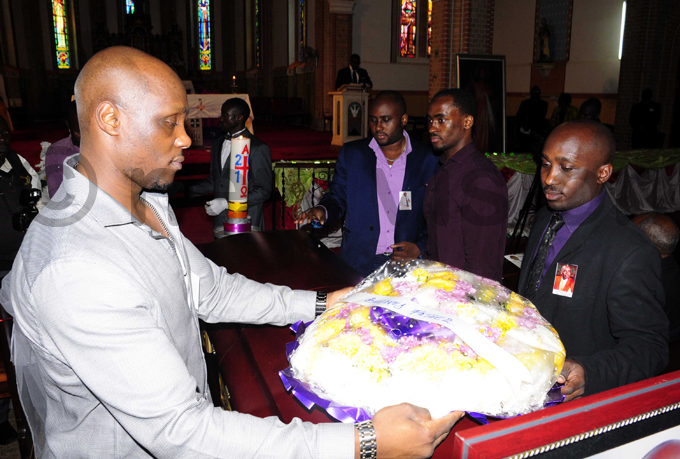 Some of Katatumba's children lay a wreath. Photo by Eddie Ssejjoba

He said that Katatumba also owned a fleet of planes while in Nairobi and set a precedence as the first individual to fly own planes. According to Dr. Rugunda, Katatumba's impact was felt all over East Africa including Kenya where he had successful businesses.

"When Angella Katatumba won an award as the best musician, Bonney Katatumba accompanied her before President Uhuru Kenyatta like they were brother and sister, which showed his love and protection and care he gave his children, which calls for parents to emulate and give the same to their children" Rugunda stressed. 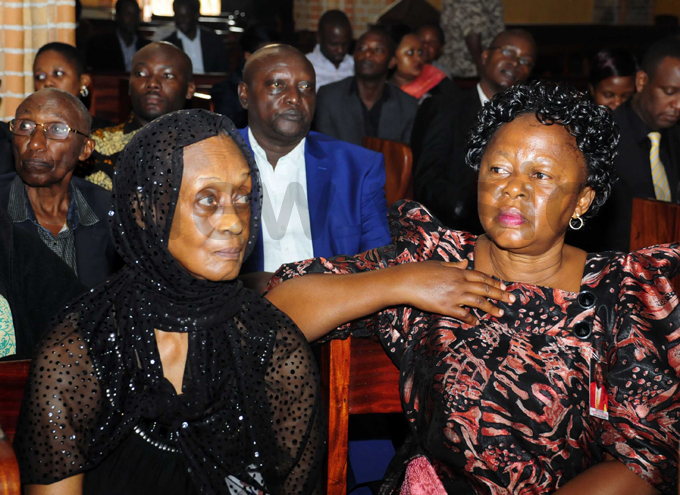 Princess Elizabeth Bagaya (L) of Toro was one of the mourners. Photo by Eddie Ssejjoba 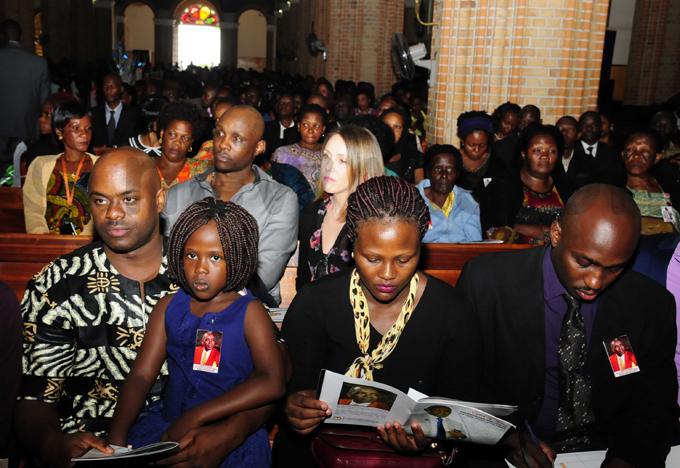 He said Katatumba loved people and embraced everyone and talked freely wherever he was adding that he valued serving people especially those in need and he was always one of the first to come out to help those facing catastrophes and mobilized support for the needy.

He said the businessman loved humanity.

"I salute his children who have decided not to cry but celebrate his life. Katatumba was proud of his children and always gave advice to parents on how to nurture children," he said.

He applauded the children for remaining united and loving, which he said speaks volumes on the way children are brought up.

Rugunda said Katatumba had left the entire family united, not only his children but the even his extended family, which he worked to achieve. 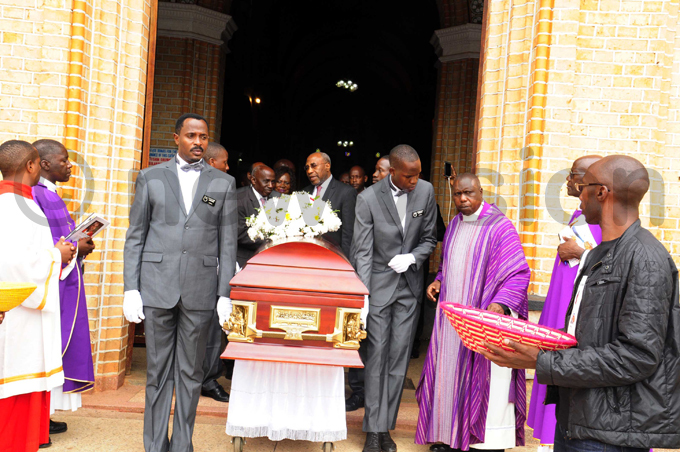 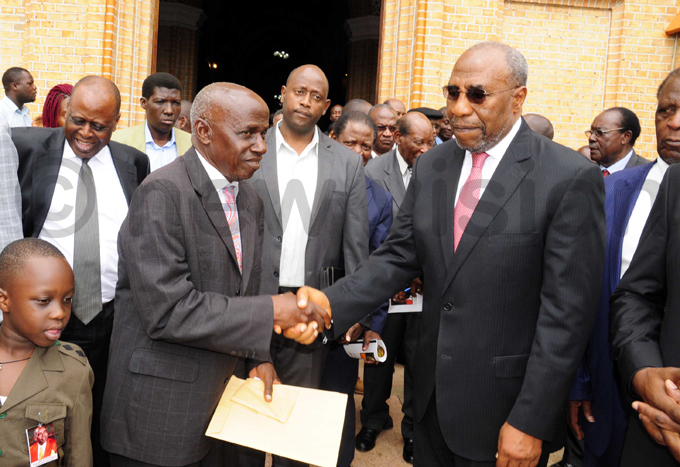 "The President is out of the country and he has expressed deep condolences for the family and he has sent his contribution" he said.

Ambassador Elly Karuhanga who also studied with Katatumba at university said he was one of the big admirers of his enterprising skills, that he started laundry services while he studied at university, where he employed cooks to wash clothes for students and shared the commission.

"When I was campaigning for guild, Katatumba would drive me in his posh car and this earned me many votes among female students" Karuhanga said.

He said Katatumba was so gifted and became a dynamic consul that they wanted to appoint him the dean of diplomats.

The children described their father as, kind, loving, charming and caring. 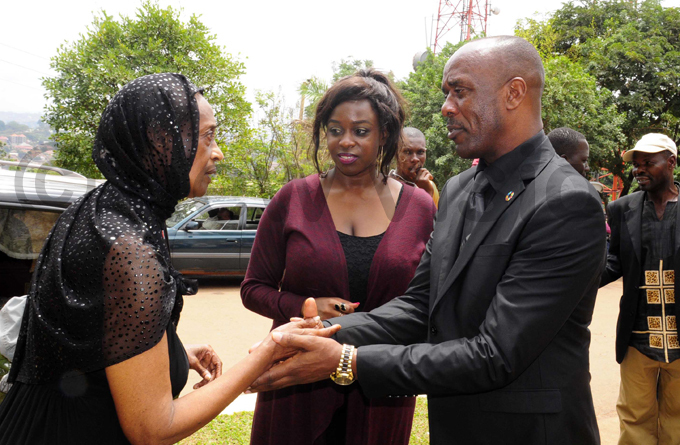 Angella Katatumba said that her father would not die in vain. She vowed that they would fight for his property, and that the family were sure they would win the case now before the court of appeal.

"Let Shumuk (Mukesh Shukla) not assume that he will have a walk over after the death of our father, we are determined and we shall fight to win the case, it is our property and we know we shall get it" she told the mourners.

She said their father loved all religions and it is no wonder he was the first Christian to represent a Muslim country.  She assured mourners that the children would put in practice all what he taught them.

Allan Katatumba said their father was so bright and enterprising that he was never employed.

US must quit Afghanistan, Iraq