The deceased's children lay a wreath at his casket. Photos by Job Namanya

A somber mood on Thursday rocked All Saints Church, Kabale as hundreds of people turned up for the requiem service of Rauben Ntegyerize, the deceased Kabale municipality deputy town clerk.

According to Joseph Kimbowa, the Kabale Municipality town clerk, Ntegyerize started working in Kabale municipality council in 1985. He had since worked as the secretary for tender board, chairperson training committee, and council representative on the district land board among other responsibilities. 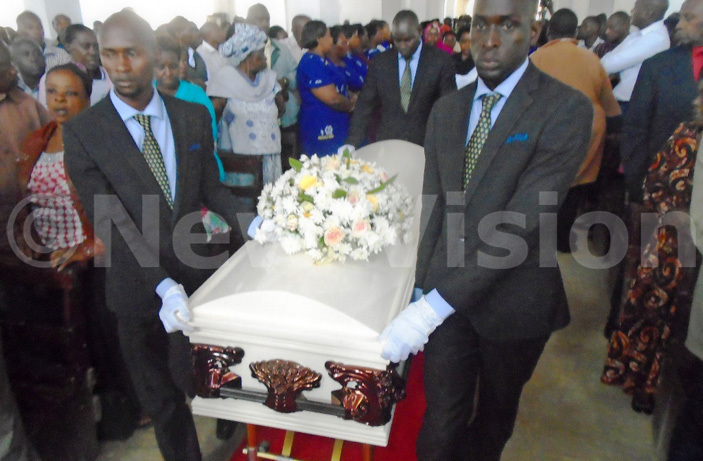 Kimbowa said that Ntegyerize has been a resourceful man who had values of punctuality, quality leadership and peace making.

While representing, the Prime Minister of Uganda, Ruhakana Rugunda, the Kabale district Chairperson, Patrick Besigye Keihwa asked mourners to always go for regular medical check-ups if they are to avoid cases of being over weakened by diseases in their acute stages.

He hailed the deceased for promoting the spirit of togetherness between the council technocrats and politicians. 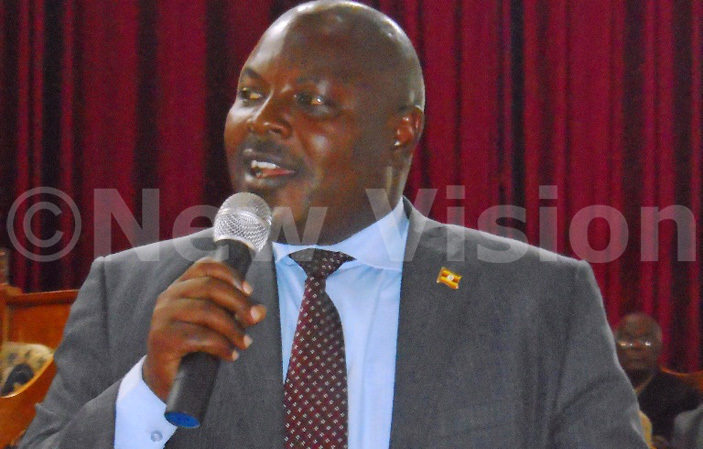 The deceased's wife, Hope Ntegyerize described her husband as a hardworking man who struggled for the welfare of their family against all odds.

Ntegyerize was survived by one wife and 5 children. He will be laid to rest at his ancestral home in Bukinda, Kabale district today.