TOP National STORY
4 years ago .
In today's New Vision: Museveni launches gold refinery
Where is this gold refinery located, how much gold can it produce and who owns it?

A quick look at what you will find in today's edition of Uganda's leading daily, New Vision, which you can also read in full online HERE.

President Museveni has launched a gold refinery. Get a copy of the New Vision to know where this gold refinery is located, how much gold it can produce and who owns it.

Find out why President Museveni has visited Bukasa, an area which has suffered violence over the coming land evictions. Will the squatters be compensated or not? New Vision has the answers. 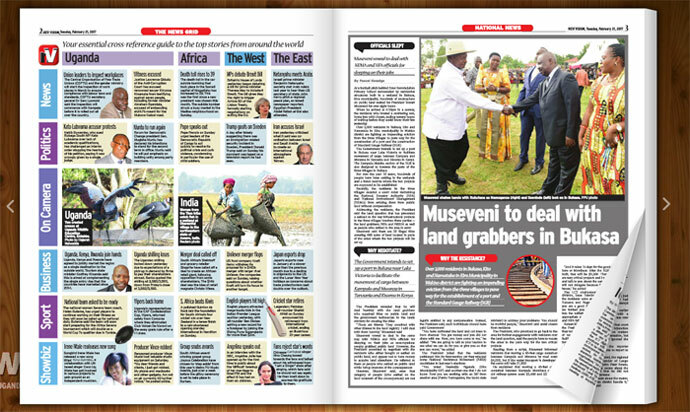 The World Bank has lifted its ban on funding road construction. Read the full story on why the World Bank had slapped a ban on Uganda and why it has now lifted the ban.

Jinja court has summoned prisons officials to answer queries over the Kasese attack suspects. Read the New Vision for details.

New Vision brings you the expert findings on what caused the death of a mother in labour in Mityana Hospital. 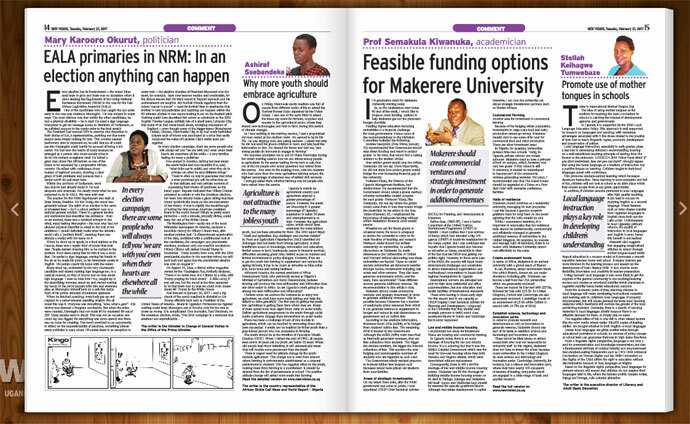 Former Vice-Presdient Specioza Wandira Kazibwe has asked the Government not to build more hospitals. Get the full story behind this strange proposal inside.

Over 30 students to miss Makerere graduation that starts today and ends on Friday. We have details on what went wrong.

Find out which city businessman has pleaded guilty to evading taxes. Do not miss to know how he was found out and the court sentence. 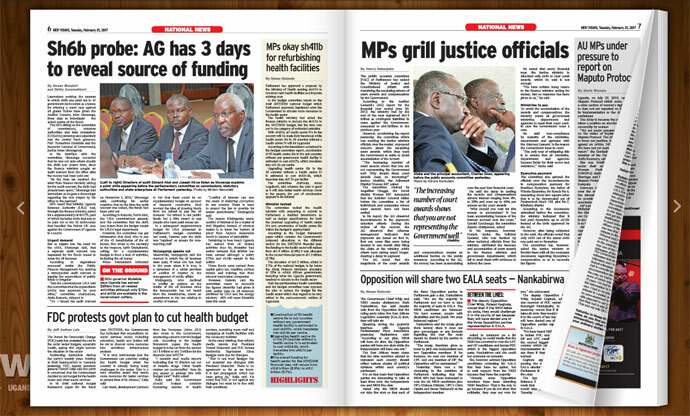 The Justice ministry is being quizzed over sh4 trillion arrears for court awards. How did the awards accumulate to this huge amount. Get the explanations inside.