Non-custodial sentences as alternative to ...
Next Story

What should be done about albinos' safety?

The albinos have suffered through no fault of their own

The albinos have suffered through no fault of their own 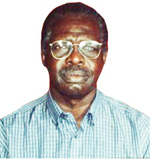 The story carried in the news media of February 6, 2017 about building a centre and a hostel for albinos, reminds me of the stories during Jesus' time in the Bible about the lepers who were segregated. It was scaring to be near a leper in fear of contracting the disease.

Unlike leprosy, albinism is a genetic disorder caused by a mutation of one of the several genes.  Where both parents carry albino gene, there is a 1 in 4 chance that their offspring will have albinism and a one in two chance that their offspring will become a carrier (meaning without symptoms). So it means that in a community we have many carriers. It is estimated that for every 70 albinism, one carries the gene associated with albinism but are not affected by the mutation. History of albinism within the family is the easiest diagnostic means to albinism- it is inherited. Because the disease is generic, it has no cure; it falls in the category of the sickle cell aneamia.

The albinos have suffered through no fault of their own. In Tanzania and Burundi people use their bodies for witchcraft. It has even become a business to get their parts for money. In Zimbabwe, Tanzania,Malawi and may be other African countries, there is a belief that having sex with an albino woman, cures AIDS, and this belief has led to murder, rapes and the spread of HIV/AIDS.

New findings by anthropologists led by American Association of Anthropologists (AAA), tell us that the Whites are descendants of albino Africans; they are genetic mutants who were forced to move out of Africa because of their sensitive eyes and skin to the sun. Albinism evolved into the White race we see today in Europe.

Genetic Scientists tell us that light skin, eyes and hair are recessive traits while dark eyes, hair and skin are dominant traits. Other documents also say that the humans who came out of Africa to settle in Europe about 40,000 years ago had dark skin and the white skin only developed 8,000 years ago.

These revelations are contrary to the Ape-African revolutionary theory preached earlier. There is nothing wrong in having albino appearance, it is God's plan and we should love it and not discriminate the albinos. Every life is sacred and therefore it should be integrated in the family, society without intimidation or discrimination.

The newspapers of February 6, 2017 covered a story in which the Speaker of Parliament, Rebeca Kadaga launched a campaign to fundraise for the construction of a one-stop center for the albino community in Uganda. Once completed, the centre will have administrative block, a medical facility, a vocational training centre, as well as an ICT center and hostels for the albinos and volunteers.

The speaker also faulted the Government for the absence of an enabling policy for the albino community despite the challenges they face. The speaker wanted a ring-fenced facility for the albinos.  Over Ush 40, 000 was raised for these purposes. Ms Olivia Namutebi, an albino welcomed the idea, saying the centre would provide shelter for the many albinos who have been sent away from their homes.

I do not belief in isolating those who suffer from generic diseases; albinism is not a contagious diseases. It is important to note that a child with albinism is able to flourish like any other child. They can achieve the same education and employment as a person without this condition.

There is no need for a separate development, isolating them into centres. This will cause alienation and lack of social interaction. Children when they grow together in a family, discover each other: sex differences, others perhaps often sickly, and depending on how the parents take it, they learn to live together and share the difficulties in a positive way. Because of this stigma, the albinos are not likely to complete schooling or find employment and partners.

These are prejudices based on appearances. Olivia says they are sent away from their homes. The albinos end up cursing God and themselves: "Why did God make me like this?".And should anything negative happens to the centre, say lack of water, they will say, "Yes, for us nobody cares, we have been left here to die". We do not choose to be what we are, God made us as we are for a purpose.

"As he went along, he saw a man blind from birth. His disciples asked him, ‘Rabbi, who sinned, this man or his parents, that he was born blind? Jesus answered, ‘Neither this man nor his parents sinned, but this happened so that the work of God might be displayed in his life'.

In this particular case this man was born blind so that Jesus could demonstrate that He is in fact God in the flesh. And even if it were due to the parents' sins, we have no power over that. This question of the disciples reflected the common belief then (and now) that the circumstances of life were a direct result of sin.

Albinos should be allowed to integrate with the community as much as possible.What we need is a national positive program to sensitize the community about the albinos.

The program should have thecorrect information and knowledge which will make people recognize Albinos as normalpeoplewith equal rights, feelings and needs and highly capableif given the same chances in a friendly and supportive manner. They should not be made self-conscious about themselves because that is how isolation begins.

Teachers therefore must play their part by treating every child equal and to be on the lookout for such children who intimidate others.

People generally must accept the albinos who should not be taken to schools of disabilities.

The writer is a concerned citizen

Will Bobby become the first foreign coach to qualify us?

Will Bobby become the first foreign coach to qualify us?