Doctors find a live cockroach in woman's s...
Next Story

Unfairness pushed me to the EALA race

We talk about East Africa, but in reality we are not doing much to advance the ideals. The Education system is supposed to have a unified curriculum.

We talk about East Africa, but in reality we are not doing much to advance the ideals. The Education system is supposed to have a unified curriculum.

A 24 year old graduate of Bachelors of Law Janet Kenyangi Kikwaya is aspiring for the post EALA Member of Parliament in the NRM. By Saudha Nakandha had a chat with her

I was born 24 years ago in Mbale Hospital to Alex and Robinah Kikwaya. Alex Kikwaya is the current CAO of Nakaseke. I attended St Margaret Preparatory, St. Noa Zzana, Kyeizooba Girls' School and Kampala International University for Bachelors in Law.

What inspired you to join politics?

All through my Education, I have been a leader and I believe that I can take my political career to the next level while serving the people of East Africa. I look at the community as a mother with six children who want equal opportunities for all her children. 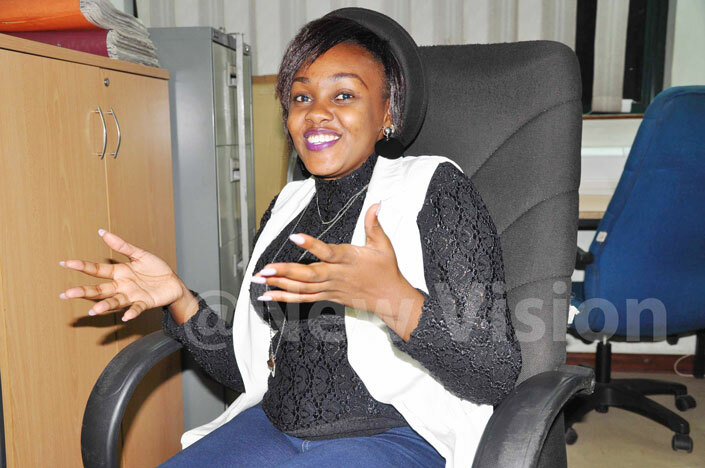 What is that most pressing issue that forced you to stand for EALA Member of Parliament?

I had always dreamt of studying in Tanzania and when the opportunity knocked, I was so excited but this was cut short when I was denied a chance to study in that country (Tanzania) on grounds that I was a foreigner. This was when I had wanted to study a bar course, but for this specific course Tanzania only takes 10% of foreign students.

I, therefore, missed out. Let the EAC concept be practical to benefit from the arrangements.

We talk about East Africa, but in reality we are doing different things. The Education system for instance is supposed to have a unified curriculum that can favour all citizens in the East African countries.

I mean that we need a situation where a student who wishes to study in any East African country of his choice can do that at any given time.

As an East African I want to see a more

Have you ever vied for any public office?

Yes, I did in the previous elections a district Female youth councillor in Sheema district, but I lost.

How then should Ugandans trust you to represent them in EALA after losing local elections?

I have seen many of former members of EALA, who lost in local politics performing even better than those who have succeeded. Politicians are made but not born.

How best should the East African community operate?

The EAC should operate in the way of a family where a mother does not segregate, but give equal share and opportunities to her children.

We need to have an EAC that has a unified Identification, currency and policies in place at the same time.

In your own assessment, how best can you rate the East African community performance?

The East African Community has performed in areas to do with policies on integration, but has failed to make practical gains in the minds of the people. This integration is only known by the elites while those deep in the villages have no clue about it. The other issue that has never been taken seriously is the uniting language, in Uganda for instance a handful of citizens can hardly speak Swahili the 'the uniting language'. There is no way we shall integrate if have no common language. I want to push for sensitization of the East African community concept to the grassroots and also make sure there is an alternative to the Swahili.

What charm are you using to ensure that you are elected?

I am reaching out to my electorate with the best of what needs to be changed in EAC, showing that I am the best person to be voted for. And I am letting them decide.