In terms of length per track kilometer, the project costs $5m in Ethiopia, Kenya $6.2m and Uganda $8.4m

In terms of length per track kilometer, the project costs $5m in Ethiopia, Kenya $6.2m and Uganda $8.4m

Kasingye Kyamugambi, the project coordinator Standard Gauge Railway (SGR) has defended the contested cost of the project, stating that the comparisons drawn are misleading.

Last week the physical infrastructure committee of Parliament raised a red flag regarding the project, pointing out that the cost of the project was exaggerated and Uganda is likely to lose billions.

The legislators backed their assertion with comparisons drawn from Kenya and Ethiopia.

In terms of length per track kilometer, the project costs $5m in Ethiopia, Kenya $6.2m and Uganda $8.4m.

They said that though the SGR classifications show that they are using the China class 1, the specifications are for class 2 as it is in Ethiopia and Kenya.

Addressing a press conference at their offices in Nakawa, Kyamugambi maintained that they are using the China class 1 specifications for the project. 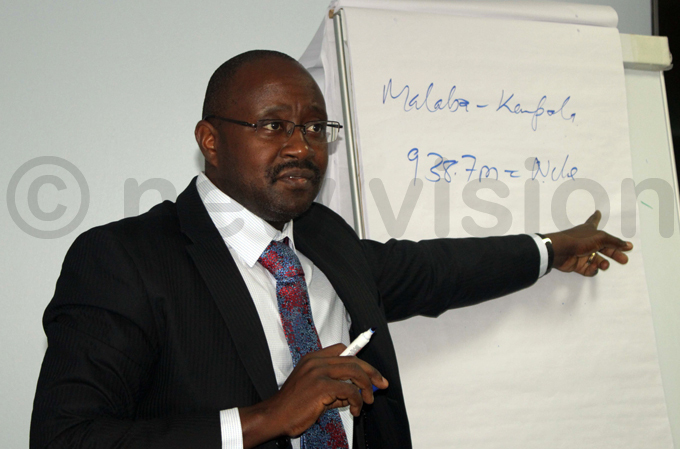 "There is no agreed international classification system of railways, each country has its own. We agreed on the China class 1 railway system while Ethiopia chose class 2" he said.

He explained that the classifications depend on whether the railway is passenger, cargo or mixed and for Uganda they chose a mixed one. He said it's the same system Rwanda, Kenya and South Sudan are using.

Kyamugambi said Ethiopia spent $3.2b because it did not include the cost for locomotives and rolling stocks.

He added that Uganda has a bigger bridge which is 938.7metres compared to those in Kenya and Ethiopia (115metres) which explains why the higher cost. He said unlike Uganda which has the Nile, Kenya has no major river

Kyamugambi said that unlike Ethiopia which is covered by a 'desert', 53Kms of Uganda's SGR passes through swamps which require them to excavate and dig deeper. Other reasons he gave in defence include;

•         The cost of material in Uganda is more expensive as compared to Ethiopia which is a closed economy.